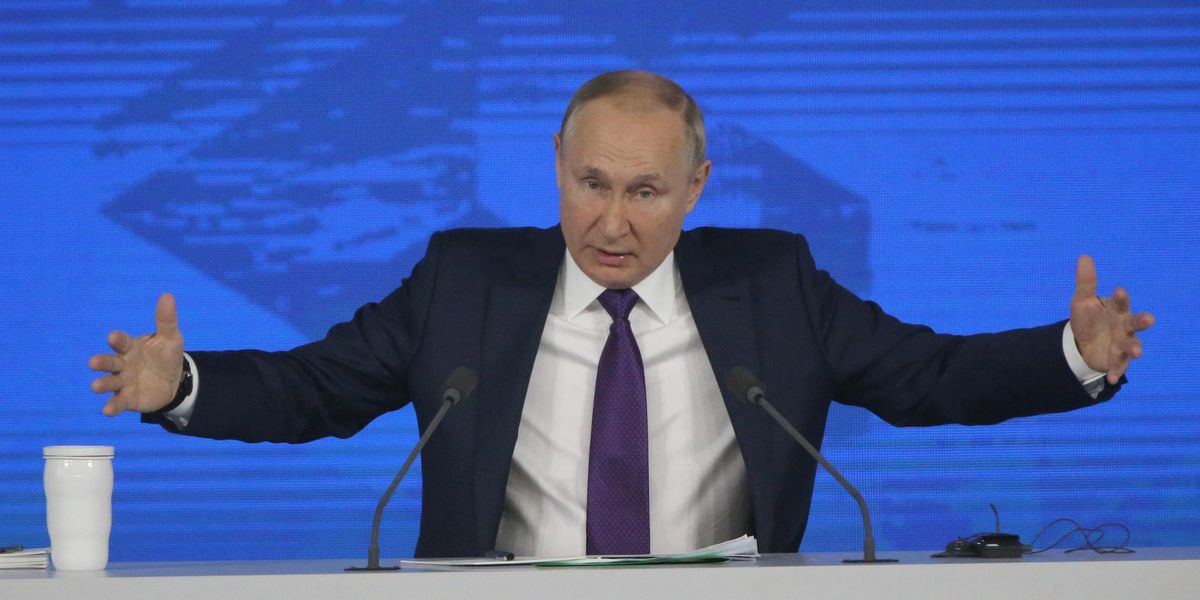 Vladimir Putin, the president of the Russian Federation, announced a military invasion of Ukraine at about 5 a.m. Thursday local time.

He had previously said on Monday that Russia would recognize the independence of two regions where pro-Russian troops had held a presence for years.

In a video announcement, Putin claimed that the military operation was to demilitarize Ukraine because of the threat of it joining the North Atlantic Treaty Organization.

“All responsibility for the possible bloodletting will be on the conscience of the current Ukrainian regime,” said Putin according to one translation. “Truth and strength are on our side.”

He went on to claim that it was not Russia’s intention to occupy the country.

Those comments are in contrast to his previous statements that Ukraine was an invention of Russia and his lamentations that the old Soviet republics should not have been allowed to leave Russia.

President Joe Biden issued a statement from the White House after the announcement from Putin.

“The prayers of the entire world are with the people of Ukraine tonight as they suffer an unprovoked and unjustified attack by Russian military forces,” wrote Biden.

“President Putin has chosen a premeditated war that will bring a catastrophic loss of life and human suffering. Russia alone is responsible for the death and destruction this attack will bring, and the United States and its Allies and partners will respond in a united and decisive way,” he continued.

He had previously called for a diplomatic solution to the crisis, but also ordered economic and financial sanctions against Russian leaders in response to the aggression against Ukraine.

Earlier on Wednesday, the Ukrainian parliament voted to ease gun restrictions in order to allow their citizens to arm up ahead of the expected attack.

CNN’s Matthew Chance said that he could hear loud explosions near Kyiv, the capitol of Ukraine, just minutes after the announcement from Putin.

Here’s more about the crisis in Ukraine:

[Ed. Note: This article has been updated with additional information.]

Bari Weiss: NY Times Editor Wanted to Check with Schumer on Tim Scott Op-Ed
Lisa Kudrow says she avoids talking politics, believes ‘Friends’ had ‘no business’ telling stories about ‘experiences of being a person of color’
Even airline employees are having trouble finding a seat home from Europe this summer
Nikola CEO Mark Russell to retire at the end of the year
Defund the FBI?