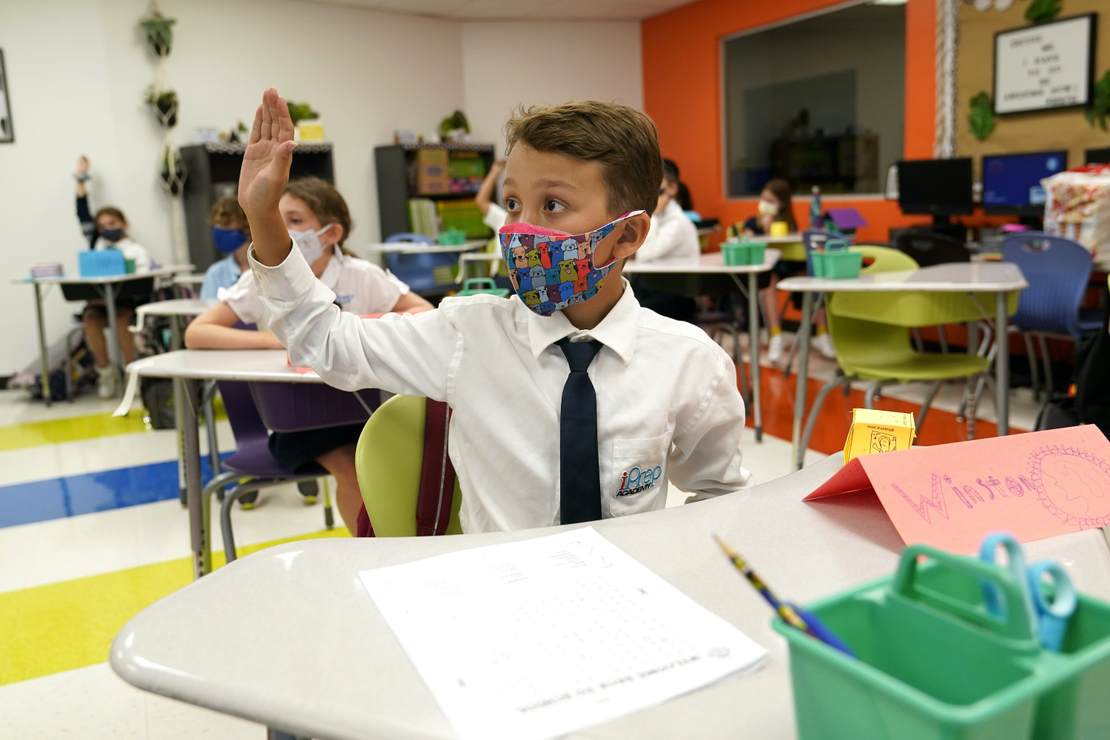 Pandemic restrictions have been incredibly harmful to young kids. Fear, not science, has dictated policies that have done little to protect children. The face masks that Fauci said don’t actually keep out the virus have, unfortunately, contributed to speech and language delays.

The pandemic also had an impact on literacy. One study found that more than a third of kids in kindergarten through third grade “have little chance of reading on grade level by the end of the school year without major and systemic interventions,” according to Education Week. While students have begun to recover lost ground academically over the past year, “big holes remain in students’ fundamental reading skills.”

Unfortunately, the CDC doesn’t seem to care about helping kids catch up. Instead, they want to lower standards.

“The Centers for Disease Control and Prevention has quietly changed their standards for early childhood development, as the effects of pandemic policies on children’s development, from speech to reading to other basics, becomes increasingly more apparent,” reports The Post Millenial. “Earlier this month, the CDC announced that new checklist ages for its important milestone lists were added. These new ages added were 15 and 30 months.”

The CDC, rather than acknowledge the negative impact the COVID-19 lockdowns, mask mandates, and other restrictions have had on children’s development, have instead quietly lowered the standards to ensure that enough kids are meeting developmental speech milestones.

The CDC just quietly lowered the standards for speech in early childhood development.

Now children should know ~50 words at 30mo rather than 24mo.

Instead of highlighting the harmful effects 😷s & lockdowns have had on children, the CDC just lowered the bar for milestones. pic.twitter.com/11QraOgFbJ

For example, the CDC originally said that children who are two years old should be able to say more than 50 words, but that has now been pushed back to 30 months.

LIteracy advocate Karen Vaites noted on Twitter that according to the American Speech-Language-Hearing Association (ASHA), speaking fewer than 50 words at age two is a red flag for a language disorder.

Very worrisome. Do we have a clear Before And After on the speech milestone?

Also, links to the resources you shared?

I note that @ashaweb still says that speaking fewer than 50 words at age two is a red flag for a language disorder.https://t.co/4HxCvIaHg7 pic.twitter.com/pMIZvJYumX

According to Vaites, “masks have become so politicized” that “we are not allowed to talk about the downsides/risks of masking children. Even when they are in plain sight.”

She’s right. The people making decisions about COVID-19 don’t want to admit that their policies did more harm than good. Actually, I would argue they did no good at all. A study by researchers at Johns Hopkins University suggests that the COVID lockdowns weren’t effective at slowing the spread of COVID. In addition to that, kids never had to be masked in the first place. In fact, a CDC study showed that there was no difference in infection rates between schools with and without mask mandates.

In addition to not protecting kids from COVID, masks potentially put kids at risk of other problems because kids’ masks are really gross and collect an alarming number of other dangerous pathogens.

Related: Teacher Caught Taping a Mask to the Face of a Young Student

Of course, the universal masking of school-age children was always absurd because they have a COVID recovery rate of 99.997% — which is better than their mortality risk from the seasonal flu. The policies were not smart, and the damage they did was far more significant than the benefit they produced. Does the CDC think that, if they lower literacy and education standards for kids, we won’t notice how they’ve hurt our kids?

‘A targeted, unprovoked, pre-planned attack’ on Rushdie: What we know about suspect Hadi Matar
‘Way over the line’: BlazeTV hosts SLAM FBI raid on Trump’s Mar-a-Lago home
After Garland’s Statement, Does Anyone Else Smell a Cover Up?
IRS Annual Report Shows Training of Heavily Armed Agents Raiding Suburban Homes (PHOTOS)
Why has the FBI raided Trump’s estate – and what are they investigating?