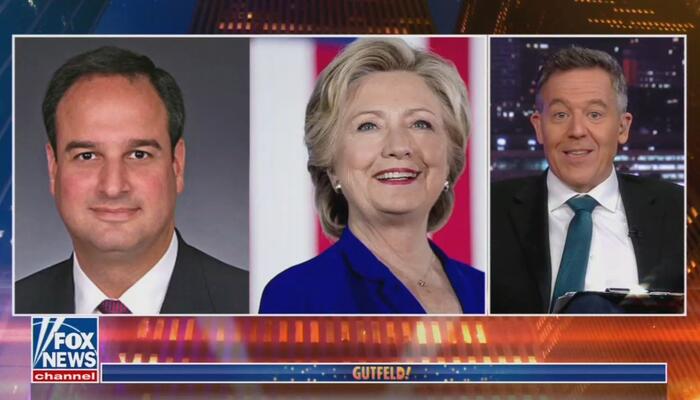 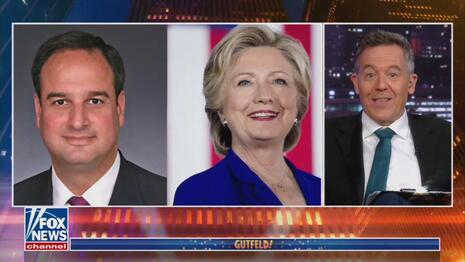 Hillary Clinton didn’t take the conservative media attacks lying down after the John Durham filing, tweeting out a “good debunking” of their “nonsense” from Bess Levin in Vanity Fair.

That magazine is an anti-Trump hothouse in dire need of debunking. Levin has written up florid fantasies about punishing Donald Trump and wild suggestions that Trump’s “beaten a few homeless people to death.”

YOU’LL NEVER BELIEVE IT BUT HILLARY CLINTON DID NOT, IN FACT, SPY ON TRUMP’S WHITE HOUSE

Hillary and her glossy-magazine enablers don’t want anyone to focus on how desperately they tried to tie Trump to Russia both during the election and then afterward. She hired lawyers at Perkins Coie, who hired oppo hit men at Fusion GPS, who hired a Trump-hating British diplomat, who wildly recounted stories from his contacts in Russia like Oleg Danchenko. Danchenko turned around and said the dossier was full of unsubstantiated gossip.

On his popular Fox News late-night show, Greg Gutfeld let her have it: ”No wonder you’re pleading for the media to circle their wagons around you. Because you pushed Russian collusion non-stop and now it turns out YOU were the colluders all along!”

Enjoy the latest podcast below or wherever you listen to podcasts.