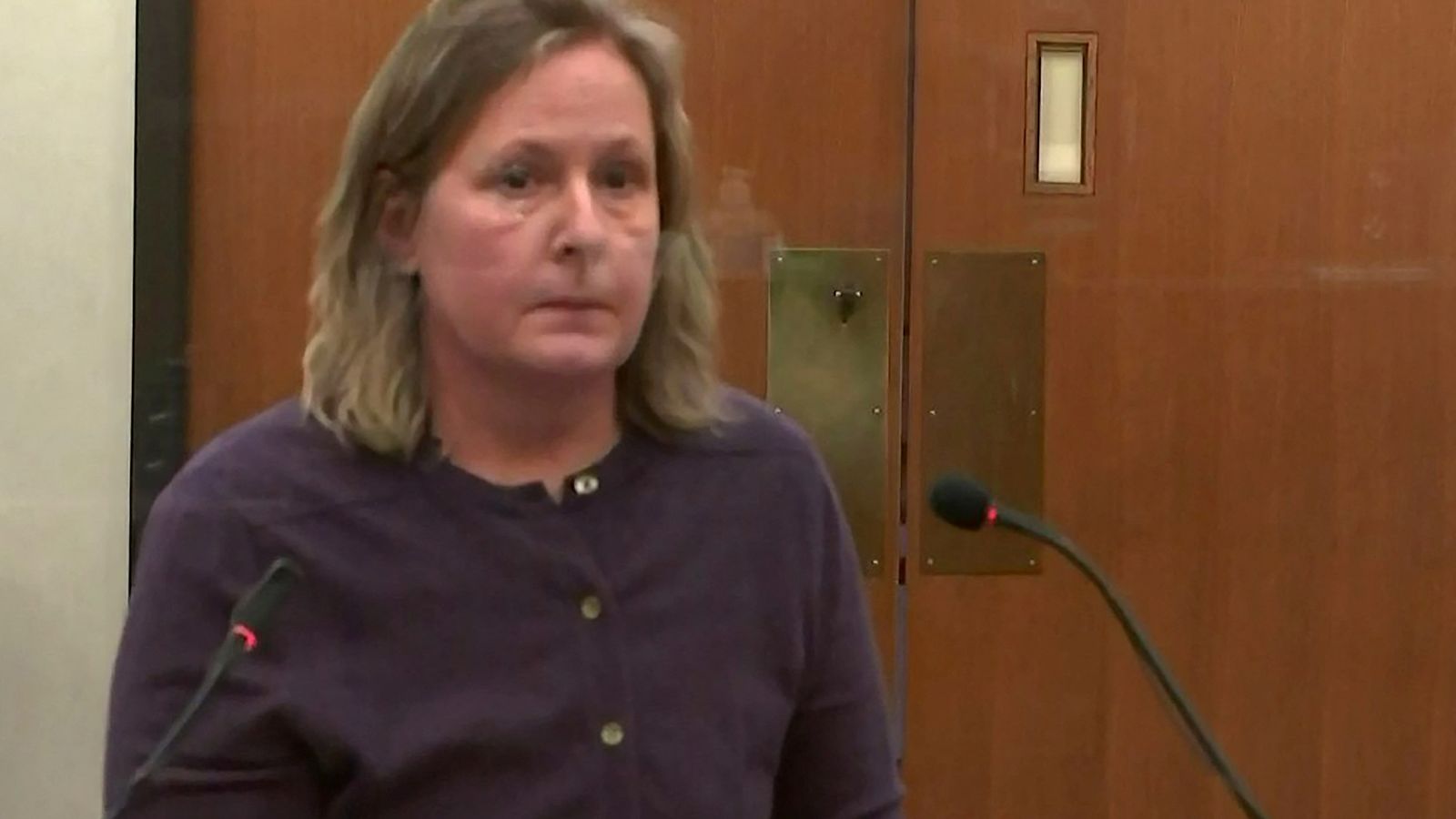 The mother of a black motorist who was fatally shot by a female former police officer has said it is like he was “murdered all over again” after she was jailed for just two years.

Katie Wright said Kimberly Potter, 49, had “murdered my son” after the sentencing on Friday.

Potter mistook her handgun for her Taser and shot Mr Wright, 20, after he was pulled over in a Minneapolis suburb last April.

Speaking before the sentence was imposed, Mrs Wright said she could never forgive Potter and would only refer to her as “the defendant” because she had not used her son’s name during the trial.

“She never once said his name. And for that I’ll never be able to forgive you,” she said.

Potter was found guilty by a jury in December of first-degree and second-degree murder, but Judge Regina Chu gave her a lesser sentence because she was “in the line of duty and doing her job in attempting to lawfully arrest Daunte Wright”.

The judge added that Potter was trying to protect another officer who could have been injured if Mr Wright drove away.

Judge Chu said: “This is a cop who made a tragic mistake.”

Potter will spend two-thirds of the sentence in prison, with the remainder on supervised release.

It Happened Again: Cherokee County, Kansas Election Results Reversed After “Vote Flip” Discovered
GOP Rep. Adam Kinzinger blasts man who flew with him in Iraq: ‘He has allegiance to Trump over his oath to the constitution’
The Motor City is moving south as EVs change the automotive industry
NewsGuard Advisor Agrees Donald Trump Should Be Executed for Allegedly Having Nuke Docs
Twitter Vows to Fight ‘Election Misinformation.’ More Censorship Incoming.