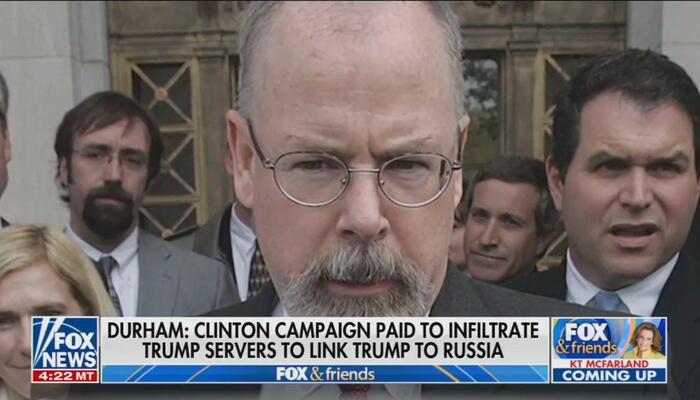 “Dirty tricks” was a term used to describe the behavior of operatives within the Nixon administration to smear the reputations of opponents and undermine the appeal of certain politicians. Fifty years ago, these dirty tricks included a false allegation that Sen. Henry “Scoop” Jackson (D-WA.) had fathered an illegitimate child with a 17-year-old girl and the break-in at Democratic National Committee headquarters at the Watergate complex in Washington, D.C., when Nixon aides and operatives attempted to find materials the Nixon team could use against his perceived “enemies.”

Dirty tricks are not to be confused with negative campaigning, which at least has some component of truth, but a filing by special counsel John Durham that alleges the 2016 presidential campaign of Hillary Clinton paid a technology company to “infiltrate” or “spy” – the word Donald Trump uses – on his presidential campaign and later while he was president, goes beyond dirty tricks into the illegal.

In a court filing, Durham alleges the purpose behind Russian “collusion” allegations was to establish a “narrative” between then-Republican presidential candidate Trump and Russia. Trump denied it at the time and many times since, including during an interview with Lesley Stahl on ”60 Minutes.” Stahl said there was “no evidence” for Trump’s claim. Trump said there was and that her job was to investigate and find it. Now that there is at least a credible allegation, will Stahl deliver a correction? Not likely and neither is it likely other major media, which flogged the Russian collusion story, will acknowledge error. These include The Washington Post, The New York Times, CNN, MSNBC, and NPR, as well as numerous liberal websites. They seem to have their own narrative and it is based on a visceral hatred of Donald Trump. Consider this: Donald Trump was being effectively slandered as a Russian agent, or minimally a Russian asset.

On Tuesday, The New York Times published a story about the Durham report on its website, but seemed to dismiss it as “old news,” a familiar tactic often used when it reported on the various Clinton scandals.

The Times and Washington Post won Pulitzer Prizes for basically repeating Democrat talking points. The prizes should be returned and the newspapers penalized by not allowing them to apply for another one for at least 10 years.

Rep. Adam Schiff (D-CA), did not cover himself in glory as he chaired a House panel investigation into all things Trump and repeatedly accused Trump of violating laws. Don’t expect an apology from him, either. And then there were the four FISA warrants obtained because of allegations by then-FBI Director James Comey and others that proved to be untrue. The Justice Department later admitted that two of the warrants lacked probable cause and said information from all four warrants would not be used.

A New York Post editorial summed up the matter: “A candidate for president (Hillary Clinton) weaponized the nation’s Justice Department to pursue an investigation into their political opponent based on what they knew were lies. Americans were wiretapped! Some were entrapped for flimsy claims of perjury. The director of the FBI (Comey) went into the Oval Office to tell the president that there was a sexual rumor floating around, so that it could be promptly leaked to the media. ‘Outrageous’ doesn’t cover it.”

Durham has only scraped the surface of what could, if proven, be the biggest scandal in American political history and that’s saying something, given past political behavior by members of both parties.

Will the grand jury that is being presented this information issue indictments of higher-ups? Will the powerful and connected finally be held accountable when so many have escaped accountability in the past? News consumers may have to search for their information in other places than the major media because so far they are engaging in a cover-up that resembles what Richard Nixon did.