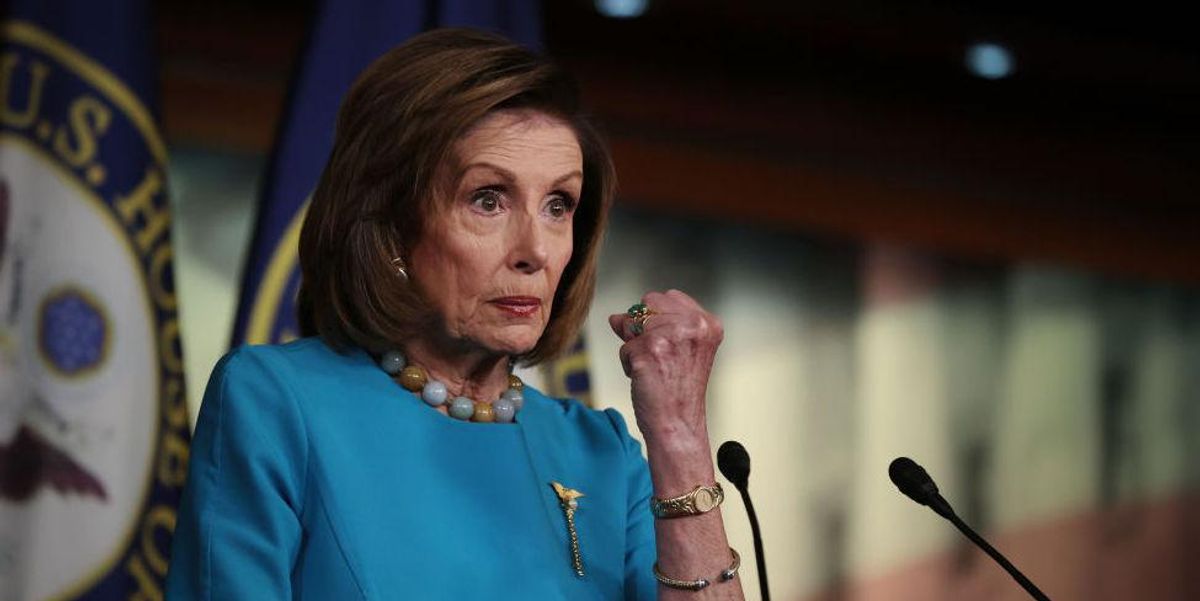 The Democratic Party faces a walloping in the 2022 midterm elections — indicated by polling and internal data — yet Democrats continue to blame Republicans for their poor standing with moderate voters.

So-called “battleground voters” — Americans who are politically moderate — offered a brutal assessment of the Democratic Party, according to recent internal data collected by Democratic Party researchers. Those voters, according to Politico, described Democrats as “preachy,” “judgmental,” and “focused on the culture wars.”

Yet the Democratic Congressional Campaign Committee’s strategy, according to Politico, is to blame the GOP for “culture war attacks” — despite voters making clear they believe Democrats are hyper-focused on culture wars.

Indeed, Republicans have been successful at campaigning against the progressive agenda on two fronts: “defund the police” and critical race theory.

Defund the police was the Democratic rallying cry in 2020, but now House Speaker Nancy Pelosi says the movement is not the position of the Democratic Party despite some members of the caucus holding onto it. And while CRT is not being taught in public schools per se (because it is a complicated legal theory developed by highly experienced lawyers), parents across the country believe tenets underlying CRT are being taught in schools.

Between politically motivated social justice lessons, pandemic restrictions, and school closures, parents have been demonstrating in recent months that Democrats are badly out of touch on the issue of schools. Look no further than Republican Glenn Youngkin’s surprising victory in the Virginia gubernatorial race and the recall of multiple members of the San Francisco school board.

Unfortunately for Democrats, internal polling and focus groups reveal that Democrats are particularly vulnerable on these issues. If Democrats do not answer for them, the GOP advantage over Democrats on the 2022 generic ballot balloons to 14 points, but remains 4-6 points if Democrats address them, internal data showed.

In fact, a recent internal presentation explained that “Democrats need to demonstrate they fully understand and care about stressors in people’s lives” rather than “stoking divisive cultural debates.” In short, moderate voters believe that Democrats are out of touch, and they are hemorrhaging support among moderate left-leaning voters, independent voters, and Hispanic voters, Politico reported.

How bad is it for Democrats?

Aside from polling and internal research, two figures demonstrate the mammoth task Democrats face in 2022.

First, 30 House Democrats have announced they will not seek re-election in 2022. Second, the DCCC has compiled a list of House Democrats vulnerable to losing in 2022, which now includes 35 caucus members.

This means that one-quarter of the House Democratic caucus is either retiring or could lose in 2022, making it next to impossible to hold off Republicans from retaking control of Congress.