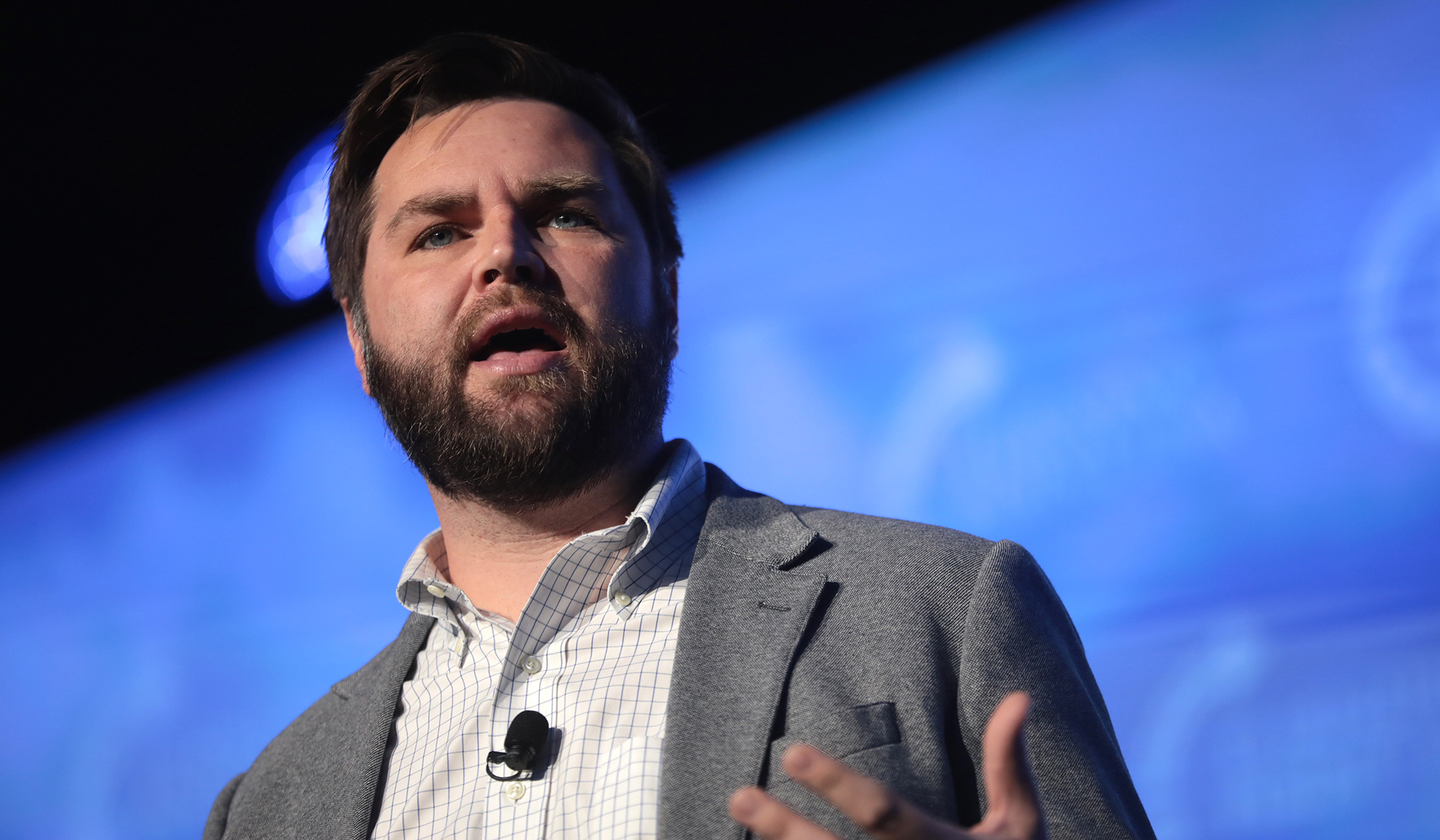 Republicans may be well positioned in 2022 in terms of Joe Biden’s unpopularity, but in the Senate in particular, there is a significant risk that the party will lose winnable races by failing to recruit good candidates, shoot itself in the foot by nominating bad ones, or — even if things work out well in electoral terms — elect people who embarrass the party or frustrate its agenda in office. One of the worrisome races has been the Senate race in Ohio. Ohio is increasingly red territory these days; Donald Trump won it twice by 8 points. But Democrats have the best recruit they could hope for, comparatively moderate liberal congressman Tim Ryan. It is a likely Republican win, replacing the retiring Rob Portman, but it is not yet a sure thing.

On the Republican side, national media coverage has focused on the endless foolishness pouring out of Josh Mandel and J. D. Vance, mainly on Twitter. Mandel, 44, is a former state treasurer who lost the 2012 Senate race to Sherrod Brown and cited family illness to bail out of the 2018 Senate race. Once a Tea Party candidate who, with the help of Bill Kristol, was recruited to run, Mandel now postures as a Trumpier-than-thou populist. Vance, 37, is the author of Hillbilly Elegy; this is his first run for office. Once a strident Trump critic in 2016, Vance now seems to be a Trumpier-than-Mandel populist. Neither of them is an especially appealing or remotely authentic candidate, although my own impression is that Mandel would tack with the wind of the Republican caucus in office, while Vance’s liberal economics are more sincere and would create more headaches for the party’s agenda in the way that Joe Manchin and Kyrsten Sinema have done to Democrats. Vance is backed by Peter Thiel’s money and favorable press from Tucker Carlson.

Both men have money, and Mandel has name recognition from his prior run. But they are not alone in the race. Mike Gibbons, 69, is a former investment banker like Vance, and he has poured $11 million of his own money into the race so far. Gibbons is a self-identified “small-government conservative” who has been leaning hard on his endorsement by Rand Paul. Jane Timken, 55, is the former chair of the Ohio GOP, a perch she won over the objections of the John Kasich camp, and has proudly flown her own credentials as the most longstanding pro-Trump candidate in the race. Timken has endorsements from a battery of local officials and prominent Republican women such as Kristi Noem and Elise Stefanik. Matt Dolan, a state representative whose father owns and recently renamed the Cleveland Indians (now, the Guardians) brings up the rear of the major candidates. Car dealer Bernie Moreno recently dropped out, citing a desire to unite the field behind a pro-Trump candidate.

Three polls have been released since Moreno left the race, all from pollsters that are either Republican-affiliated or at least generally regarded as Republican-friendly. The big one, from Trafalgar, has Mandel at 21 percent, Gibbons at 16, Vance at 14, and Dolan and Timken each at 10. A co/efficient poll had Gibbons at 20, Mandel at 18, Dolan at 7, Timken at 6, and Vance at 5. A Cygnal poll for the Gibbons campaign had Gibbons at 23, Mandel at 11, Vance at 9, Timken at 8, and Dolan at 5.

If you take the standard approach of just averaging the three polls, you get Gibbons at 19.8, Mandel at 16.6, Vance at 9.3, Timken at 8.0, and Dolan at 7.6. Of course, all polls are not equal. Trafalgar has a fairly strong track record (illustrated again in the 2021 New Jersey governor’s race), and its sample is larger (1,085 respondents compared with 613 and 609 for the other two, with a correspondingly lower margin of error). The Cygnal poll, by contrast, is an internal campaign poll. I tried a few ways of re-weighting these polls to reflect that, but really, polling has too much faux-scientific certainty already. It’s a common-sense fudge factor. For now, we can conclude that this is currently a two-horse race between Gibbons and Mandel, that they haven’t pulled far away from the second-tier candidates, and that Vance is the best positioned of the three — particularly given his edges in money and free media — to make a move on the top tier.

That said, this is not the race that J. D. Vance planned for. He wants a two-horse race against Mandel, because the Vance camp apparently believes that there is enough they can unload on Mandel down the stretch run to take him out. But what if taking out Mandel hands the race to Gibbons instead?

For Dolan and Timken, the current state of the race ought to force some real reflection on whether they still have a path to victory with less than three months to go until the May 3 primary. Dolan in particular has no obvious rationale for his campaign. Republicans have, over and over in the past decade, drunk the bitter dregs of defeat because crowded primary fields saddled them with subpar candidates. Candidates running fourth or fifth in a race have an obligation, out of party loyalty, to get out and narrow the field if they are out of ways to win.