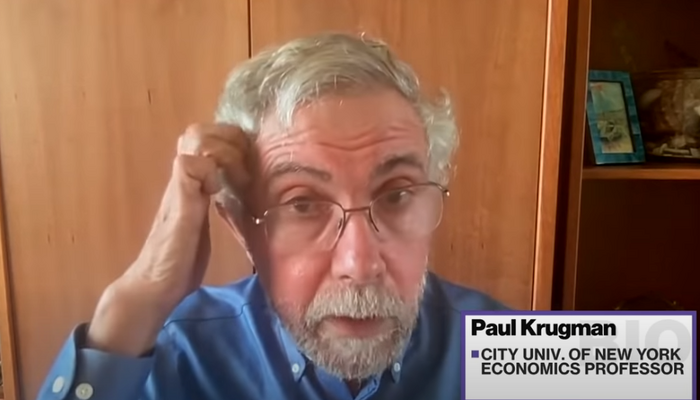 New York Times economist Paul Krugman spewed bile at the so-called “vandalism” by Canadian truckers protesting the country’s draconian COVID-19 policies. He did this while dismissing the 2020 Marxist Black Lives Matter riots across the U.S. that reportedly caused at least around $2 billion in damages. 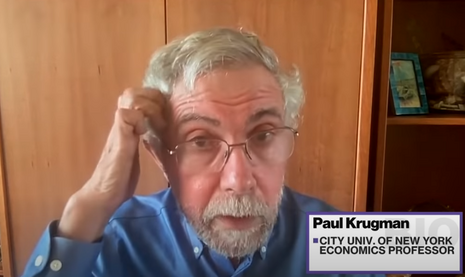 Krugman flailed that the Canadian truckers were engaged in “economic vandalism and intimidation,” and compared the movement to “a slow-motion Jan. 6, a disruption caused by a relatively small number of activists, many of them right-wing extremists.”

His hyperbole-laced rant of an op-ed, headlined “When ‘Freedom’ Means the Right to Destroy,” buried the extent of the damages caused by BLM riots scattered across different states.

“[T]he [BLM and Antifa] demonstrations were remarkably nonviolent; vandalism happened in a few cases, but it was relatively rare, and the damage was small considering the huge size of the protests,” Krugman bleated. That’s a ludicrous way of spinning the fact that the riot damage caused by Marxists in 2020 was considered the “most expensive in insurance history.”

But Krugman proceeded to belch that “By contrast, causing economic damage was and is what the Canadian protests are all about — because blocking essential flows of goods, threatening people’s livelihoods, is every bit as destructive as smashing a store window.”

Once again, Krugman’s own paper undermined him. The Times reported in September 2020 on violence-promoting pamphlets handed out during at least one BLM event in Portland, Ore.:

‘Why Break Windows’; ‘I Want To Kill Cops Until I’m Dead’; ‘Piece Now, Peace Later: An Anarchist Introduction to Firearms’; ‘In Defense of Smashing Cameras’; and ‘Three-Way Fight: Revolutionary Anti-Fascism and Armed Self Defense.’

Another Times story released July 2020 was headlined, “Peaceful Protesters With ‘Room for Rage’ Sympathize With Aggressive Tactics.” Saying the BLM riot damage wasn’t “deliberate” suggests that either Krugman doesn’t read his own newspaper or he just gets a kick out of pushing click-bait opinions that make no sense. The Times also noted in November 2020 that “Mr. Floyd’s death was the start of months of protests for racial justice led by the Black Lives Matter movement that have left long-term economic damage, especially in lower-income business districts.” [Emphasis added.]

But according to Krugman’s ridiculous op-ed, “[C]ausing economic damage was and is what the Canadian protests are all about,” as opposed to the BLM riots. Krugman has been doing public relations for BLM for a while. In 2021, Krugman was roasted on Twitter for tweeting that “GOP supporters believe that rampaging mobs burned and looted major cities — somehow without the people actually living in those cities noticing.” But as NPR reported in 2020, “Riots That Followed Anti-Racism Protests Come At Great Cost To Black-Owned Businesses.”

In reality, given that GOP supporters believe that rampaging mobs burned and looted major cities — somehow without the people actually living in those cities noticing — getting them to see facts about something as abstract as the deficit is a hopeless cause 3/

Another section of Krugman’s new op-ed emphasizes how muddle-headed his argument is. He argued that a “Freedom Convoy” protest on the Ambassador Bridge connecting Detroit and Windsor, Ontario, didn’t have many “truckers” there because only a few semis were among the vehicles blocking traffic. Because truckers can only be “truckers” if they’re specifically driving trucks and not their cars, right Krugman?

Conservatives are under attack. Contact The New York Times at 1-(800) 698-4637 and demand it distance itself from Krugman’s nonsense on the Freedom Convoy.

TikTok’s Army of Lobbyists Includes Former Senators And White House Staffers
The View: Drag Shows Are Fine for Kids, No One Killed By Them Like Guns
‘Thanks, Biden,’ Hillary Clinton tweets while touting jobs numbers, declining gas prices, and Democrat-backed measure
The View: GOP Unwilling to Kill Terrorist Leaders Like Dems Are
US basketball player Brittney Griner sentenced to nine years in Russian jail over drug charges