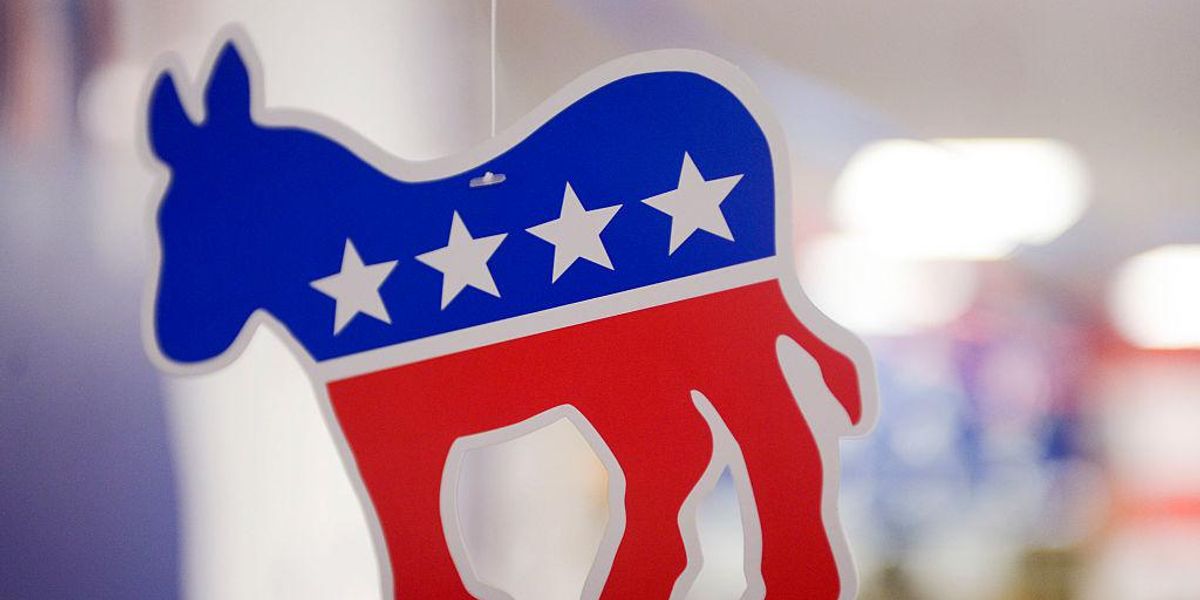 Another bears the image of Vice President Kamala Harris and reads, “You’re the MVP of my heart.”

A card that includes a picture of the vice president’s husband, Second Gentleman Douglas Emhoff says, “Be my Doug.”

And a card featuring a photo of First Lady Jill Biden says, “Biden my time to be with you this Valentine’s Day.”

“I would like to meet the person who actually gives their love on of these,” one person commented.

“This is a great idea since inflation is making valentines more difficult to afford!!” a tweet declared.

“Do the Americans Joe Biden abandoned in Afghanistan get one?” someone tweeted.

“That’s it, I now officially support sending all Democrats to Gitmo for Cringe against Humanity,” another tweet declared.

The Democratic Party also posted the Valentine’s Day cards on Instagram, as well as an additional card that featured a photo of DNC Chair Jaime Harrison along with the message, “Find someone who will deliver for you like Democrats do.”

Someone on that platform commented, “Delivering inflation?”

Americans have been suffering the consequences of rapidly rising inflation. The U.S. Bureau of Labor Statistics reported last week that the consumer price index had risen by 7.5% over a one-year period.

“The all items index rose 7.5 percent for the 12 months ending January, the largest 12-month increase since the period ending February 1982,” BLS noted.

Why creating a horror movie haven on Netflix may be a smart move for the streaming giant
Is This Trump’s Moment to Officially Announce His 2024 Candidacy?
Damaged Light Fixture That Shattered at Tysons Corner Shopping Mall Causes Gun Scare (VIDEO)
Undermining Legacy of Jefferson and Madison in Their Own Homes
On Morning Joe: Reporter ‘Sorry’ For Criticizing Biden Negotiating for Griner Swap