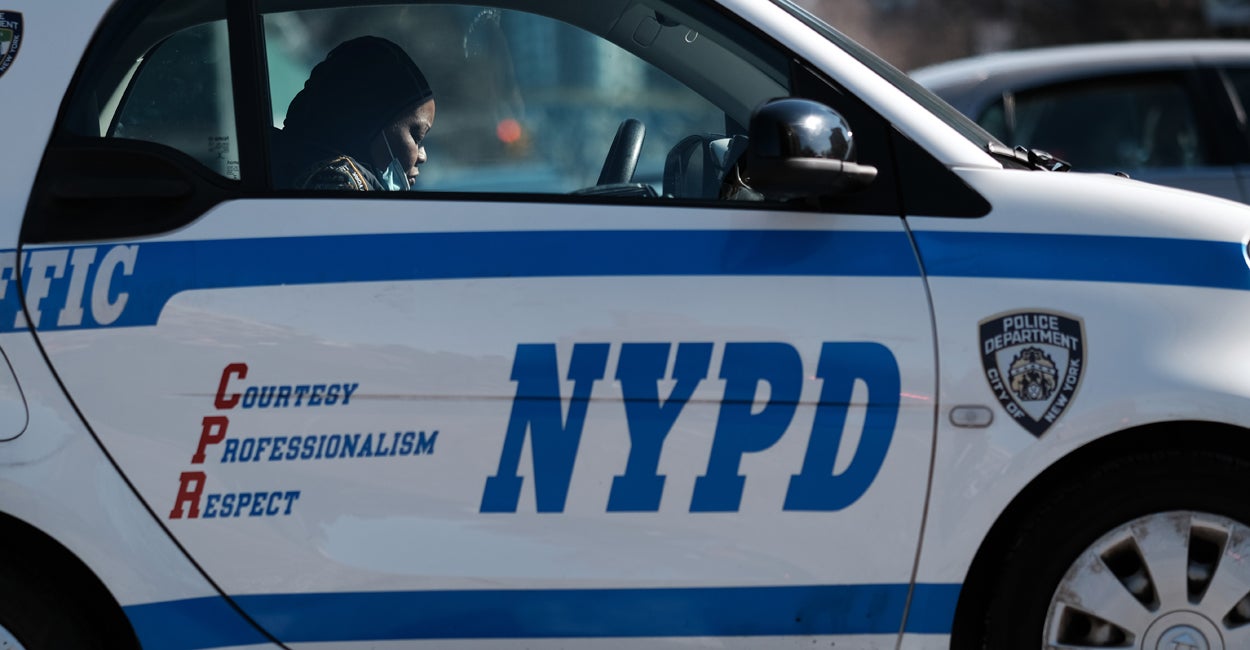 Editor’s note: The Daily Signal’s coverage of the crime spike across the nation, and the role of do-nothing prosecutors, sparked a response from readers. We begin with that issue in this week’s dip into the mailbag at [email protected]—Ken McIntyre

Dear Daily Signal: Thanks for the commentary article by Cully Stimson and Zack Smith about Manhattan District Attorney Alvin Bragg, the friend to every criminal (“Meet Alvin Bragg, Rogue Prosecutor Whose Policies Are Wreaking Havoc in Manhattan“).

I, as well as my circle of friends, am fresh out of sympathy for the people of New York. They are solidly Democratic, and keep electing class clowns, race-baiters, educated idiots, charlatans, hucksters, and snake-oil peddlers to run their state, city, and local communities, and to represent them in Congress.

Well, you get what you vote for. So suck it up until you learn. Some lessons come hard. Some don’t seem to come at all. Nothing to see here, move along.—Rex E. Holverson, Washington

Great article by Cully Stimson and Zack Smith, with lots of great information on Manhattan DA Alvin Bragg. Not great is what these George Soros-funded criminals are doing to America, but good to be informed.

Any plans for an article about what we can do about it? Sure, we’ll vote against these people; but in those cities, libs and progressives rule.

Keep up the great work. We donate to both The Daily Signal and The Heritage Foundation.—Mike and Dawn Dersch,
Kinnelon, N.J.

The last line of this devastating article on Manhattan’s Bragg states: “Now, Gotham’s denizens are paying a horrible price, and its criminals are dancing to a happy tune.”

It pays to remember that “Gotham’s denizens” voted for this idiocy. Repeatedly. It seems to me they have a choice.—Paul Foote, New Hampshire

Dear Daily Signal: Regarding Jarrett Stepman’s commentary on the surge in crime, we need a couple of brave mayors to step up and create a tough task force on crime in their city (“8 Cities That Help Explain National Crime Wave“). One that will actively go after the criminals before they commit the crimes.

The bad actors are known already, and are probably out on bond for some kind of crime. Go on offense—don’t always be on defense. Use the National Guard if necessary. The citizenry is arming itself. They are fed up with these punks having their way on the streets, and our weak politicians letting them get away with it.—W. Siems, Wisconsin

I’m responding to Jarrett Stepman’s commentary article on the Los Angeles train robberies (“California Train Robberies Recall Wild West Lawlessness“). First, I’d like to thank you for your making this known. You stand above the woke news.

This has to be beyond anger, the frustration that police and Union Pacific Railroad must have. Los Angeles County District Attorney George Gascon has limited the cost set for robberies and thefts, thus setting the criminals free.

How about listing all costs involved in a theft: item stolen, cost of lock and chain, police hours, car and gas use, railroad investigative time, cleanup, lawyers, etc.? I’m sure that would get the cost into the thousands of dollars, making it where criminals must be charged and not let off.

However, Gov. Gavin Newsom and Gascon are elected officials, so it seems the voters really prefer the new Third World conditions of Los Angeles and California. So sad!—Phil Stevens

Dear Daily Signal: I appreciated Kevin Mooney’s article in The Daily Signal about The Salvation Army and its adoption of critical race theory propaganda (“Salvation Army Silent on Impact of Race-Based Training on Fundraising“).

As a retiree, I have a fixed income. My two biggest deductions each year are medical expenses and charitable contributions, which add up to about 10% of my income. It has been my practice to stuff money into little red kettles around Christmas, sometimes as much as $200 or $300 in a season.

Not this past year. Not one dime. And, quoth the raven, “Nevermore.” The Salvation Army can count this as a battle that they lost, and will go on losing, because they chose the wrong side.—Rex E. Holverson, Washington

As a donor to The Salvation Army of over 30 years, I returned their latest fundraising plea last week.

My suggestion was that they not waste postage sending me quarterly fundraising mail. I explained that their recent political activism regarding race was my reason.—Jim Morrissey, Massachusetts

I somehow missed the hoo-ha around Christmas regarding critical race theory and The Salvation Army. It would have saved me from wasting some money.

I have always admired (until now) the efficacy and efficiency of The Salvation Army. They have been removed from my donation list. Somehow, I can’t appreciate “charities” that hate me and hate my country, but love my money. Enough is enough.—Carey Austin

Dear Daily Signal: I almost cried when I saw the first name in Douglas Blair’s article headlined “8 College Professors Canceled by Left“: Mike Adams. An amazing criminology professor at the University of North Carolina, Adams was courageous, funny, honest, and most of all, competent.

But those qualities are no longer wanted, and certainly are not respected by crybaby, entitled, perpetually offended students who run to their safe spaces and crawl under the nearest rock whenever their fragile feelings are hurt. The gutless, left-wing cowards who run our colleges and universities allow one unfounded complaint to end the careers of our best educators.

Activist students who attend college for mysterious reasons run the show; how do they find time to earn degrees?  They are foot soldiers and useless idiots for the communist faculties and administrators. Apparently, their destruction of integrity, free speech, and free thought earn them passing grades in useless courses that will not prepare them for anything but perhaps jobs as career politicians, bureaucrats, or “community organizers.”

Mike Adams was not guilty of racism or any of the other nebulous crimes he was accused of. He expected his students to behave like college students, not first graders. He made it clear that he was in charge of his class and nobody was obligated to take it. He warned every new class on their first day that he was not politically correct, that he did not speak in euphemistic riddles, and if they found the truth offensive, they should get up and leave.

It is a tragedy that such excellent professors were the victims of cancel culture, because they enriched and enlightened many lives.  Our society is plummeting to hell and I pray every day that this insanity will be stopped, that the few will cease to control the many.

Maybe the people will wake up and demand that their voices be heard, and no one political view will be declared the only acceptable one.  If democracy was ever in peril–as the Democrat demagogues scream from their podiums–cancel culture, Democrats, and social medial are what imperil it, not Donald Trump, Republicans, or opponents to the corrupt and misleading “voting rights” bill.—Susan Petrea, Augusta, Ga.

Dear Daily Signal: In May 2020, our beach town in North Carolina reopened to the largest mob of tourists in its history (“CDC Struggles to Maintain Public Trust, Leader of House Doctors Caucus Says“). Most were from the COVID-19-ravaged Northeast and most did not wear masks. Many of us locals wore cloth masks, now known to be ineffective unless the already-contaminated also wears a mask.

With a mob of contagious tourists and ineffective masks, there was no local outbreak. A few kitchen workers got sick, and none died. That was it. During the entire time before the vaccines, outbreaks in the larger geographic area were confined to a handful of meat processing plants, prisons, nursing homes, and other congregate care facilities.

It became rapidly apparent that close, inside quarters and dirty conditions encouraged the spread of COVID-19—not occasional contact, being outdoors in a crowd, or even standing in line outside a restaurant with unmasked tourists.

Masks were always theater to encourage paranoia and, through that, social distancing. That was until we saw the rioters and the politicians who supported them going unmasked and again, no outbreaks. Then we saw the masks as what they were: frauds entirely.—Paul Levy, Carolina Beach, N.C.

God help Eric Flannery, the owner of The Big Board bar and restaurant in Washington (“‘This Place Is Supposed to Be Open’: Bar Owner Emotionally Shares Why He’s Defying DC’s Vaccine Mandate“).

Fighting the inane bureaucracy in D.C. is probably futile, but it is the good fight. Sen. Rand Paul, R-Ky., is the right guy to speak out on this. Some day, reason will prevail.—Richard Moriarty

Government must tell the American people the whole truth and take responsibility for the hysteria that the mainstream media has propagated for the past two years.

First, acknowledge successes in other countries with readily available therapeutics and emulate them here, posthaste! Then, stop with the experimental vaccine mandates. We already have enough “lab rats” that have been vaccinated to follow for long-term complications.

Next, truly follow the science, and get rid of masks. There are no studies that support the draconian mandates robbing us of our humanity. There are enough documented cases of harm (physical and mental) to make this a no-brainer.—Kathy Vanderford, Fountain Inn, S.C.

What our national government is not supposed to be involved in is commerce, health care, and education. That should all be done at the local level. Too much government overreach.

Well, many Americans are stepping up to the plate to act. In our county, we are fighting back by encouraging and helping good conservative, Christian citizens to get elected to local office.

We feel that is the best way to fight the overreach: Start at the local levels and get some of the career politicians out of office.—Linda Carlson