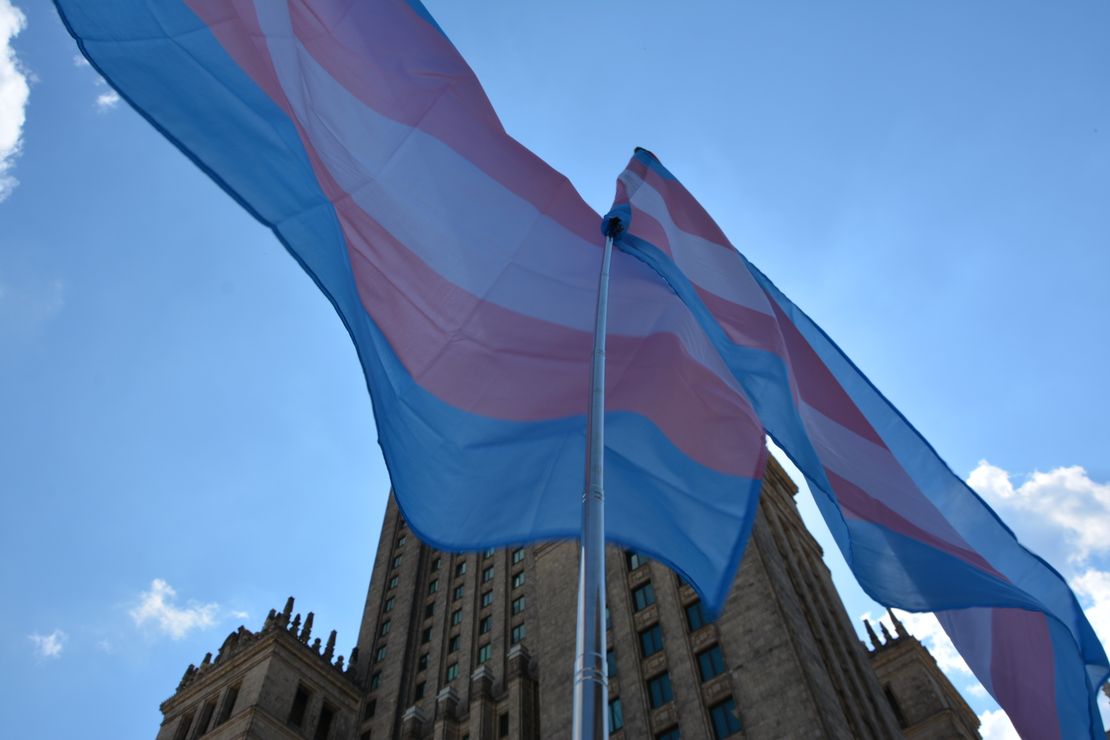 Wendel and Maria Perez are suing Paterson Elementary School in Fleming Island, Fla., where they say a school counselor, Destiny Washington, caused their 12-year-old daughter extreme distress that led to two suicide attempts on school grounds. The Epoch Times has the story.

The school never notified the parents about the first suicide attempt. The Perezes also say they were not aware that their daughter was suffering any gender confusion. In fact, the only problem they knew about at school was bullying, for which their child had sought Washington’s help. According to the lawsuit, when the child told Washington that classmates were teasing her for liking video games, which they perceived as a “boys’ activity,” the counselor started telling the child she could be a boy instead of assuring her that anyone can like video games.

Washington then began calling the girl by a male name and using male pronouns in weekly meetings, which she agreed to keep private from the girl’s parents. But then Washington started calling the girl by male pronouns and a male name in front of other students without her permission and encouraged the teachers to do the same, according to the suit. This intensified the bullying towards the child and the Perezes say she became depressed and confused.

The Clay County school officials, according to the complaint, told the Perezes that they were not told about what was going on with their own daughter due to “confidentiality issues.” At that point, the Perezes say the Clay County Schools police took their daughter away to a mental health facility and they weren’t allowed to accompany her.

According to the lawsuit, after the Perez family was told that their daughter attempted to hang herself twice while at school, her parents were “not given the option of transporting their traumatized daughter to the facility or even traveling with her to provide comfort. Instead, their suicidal 12-year-old daughter was taken in a police vehicle to an emergency room, where she stayed until 4 a.m. when she was transferred alone, without the comfort and/or support of her parents, to another emergency room and then admitted to the behavioral health unit at Wolfson Children’s Hospital.”

VIP Related: The Transgender Revolution Is Here and Dissenters Get the Wall

Four school officials including Washington are named as defendants in the suit alleging violations of civil rights including the right to practice religion, privacy, the Parents’ Bill of Rights, Religious Freedom Restoration Act, and intentional infliction of emotional distress.

“My daughter never exhibited any gender confusion,” Mr. Perez told Epoch Times. “She never questioned her biological sex.” Instead, Perez believes that Washington planted those ideas in his daughter’s mind. “I believe it’s implanted,” he said, explaining that his daughter just wanted to be strong and that “in her mind, the way to be strong would be a boy because boys are strong.” His daughter also likes playing video games, which was a source of bullying from other students at school.

The child was kept at the hospital for a week and then released. Perez reports that she is doing well now. “She’s doing great. She’s a happy girl like she was before. She is relieved she isn’t at the school anymore and she does not want to go back. She is getting her schoolwork from her teachers and doing her work from home.”

The school is fighting back, claiming that the Perez family has made it all up and is a part of a vast right-wing conspiracy to make headlines. In a statement to Epoch Times, the district denied any wrongdoing.

Clay County District Schools has not been served with any legal process and cannot comment on the content of any pleading filed with the court,” Terri Dennis, Clay County District Schools chief of staff, replied. “The district performed a thorough and complete investigation into this matter as it was presented to us and has determined that the allegations made by this out-of-state organization are completely false, fabricated, and appear to be intended solely for the purpose of inciting the public. All employees of the district consistently work to ensure that the best interest of all students are served. The district will have no further comment on this matter.”

“Clay County District School officials claim that they did a ‘thorough investigation’ into the Perezes’ allegations,” Broyles stated. “However, the District did not follow its own published policy regarding claims of discrimination, which provides that all ‘persons involved shall be questioned.’ No one in the Perez family has been questioned regarding their claims, so whatever investigation was done, it was not done in accordance with the district’s required procedures. What is more, these allegations are not being made by an ‘out-of-state organization’—they are being made by two Florida parents, one of whom is a practicing attorney, who know their rights under Florida law and, yes, they hope to encourage other Floridian parents to stand up for theirs as well,” she said.

Governor DeSantis issued a statement to Epoch Times through his press secretary about this case.

In Florida, parents have the right to make health and education decisions for their own kids. Good teachers and school administrators see parents as essential partners in their kids’ education, not as adversaries. Schools must never keep secrets about a child from that child’s parents. Encouraging any student to lead a double life, without informing the parents or guardians, is completely unacceptable. Not only does it violate the spirit of protections for parents’ rights, but such confusing dynamics can cause serious challenges for a child’s mental and emotional health. Governor DeSantis will always stand up for parents’ rights to be involved in their children’s education and to make decisions for their own sons and daughters. As a father, Governor DeSantis feels that parents—not activists or politicians—know what’s best for their own kids. Parents should play the most important role in their kids’ education and upbringing; they must not be marginalized by ideological directives from activist groups. Schools need to work alongside parents as partners in their child’s education, and not hide important issues from parents or interfere with the relationship between a parent and his or her child.

Some consumers are cutting back on restaurant spending, but CEOs say not all chains are affected
Here’s the Truth About What ‘Inflation Reduction Act’ Would Do
CONFIRMED: Paul Pelosi Jr. Traveled with Speaker Nancy Pelosi on Her Recent Trip to Asia
‘So Goes Housing, So Goes the Economy,’ Rep. Ralph Norman Says
Prominent news outlet rushes to connect fatal lightning strike outside White House to climate change