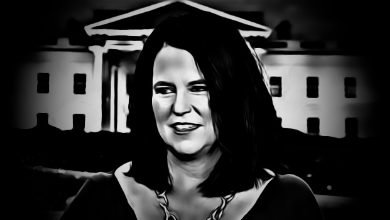 In the next few weeks, we will celebrate both Valentine’s Day and Presidents’ Day. The two holidays recall two of our many presidents who loved our country and sacrificed for it: George Washington and Abraham Lincoln. Both presided over our country during times of vast change, and both put their country before themselves. Most importantly, both imparted guidance that is just as important today as it was during their lifetimes.

Two of their speeches highlight their perspectives regarding our nation: Washington’s Farewell Address and Abraham Lincoln’s second inaugural address. Both men acknowledged that they were part of a bigger plan (God’s) and worked to do their part in that plan. Lincoln wrote about being an instrument in the hand of God.

Washington stood 6 feet 2 inches when the average man was 5 feet 7 inches tall. He served as commander in chief for all eight years of the American Revolutionary War. He retired back to his home after the war but was called back into service in 1787, presiding over the Philadelphia Convention.

In 1789, 14 years after agreeing to serve as commander in chief, Washington was voted unanimously by the Electoral College to become our first president. Throughout his service to our country, Washington recognized that it was not about him but about our country. As a young man, he had survived the French and Indian War, despite having two horses shot out from under him and four bullets piercing his clothes. Possibly, Washington recognized that providence had saved him and that he had a specific goal to accomplish.

In 1797, as he was preparing to leave the presidency, he published a “Farewell Address” designed to provide guidance to our young nation. The “disinterested warnings of a parting friend” began by focusing on “the continuance of the union as a primary object of patriotic desire.” Washington wrote, “the Constitution which at any time exists, till changed by an explicit and authentic act of the whole people, is sacredly obligatory upon all.”

He was concerned that a person’s passion for party might take precedence over passion for country, noting that, “sooner or later the chief of some prevailing faction, more able or more fortunate than his competitors, turns this disposition to the purposes of his own elevation, on the ruins of public liberty.”

A warning we should heed today.

Washington wrote, “of all the dispositions and habits, which lead to political prosperity, religion and morality are indispensable supports.” He also warned of “the accumulation of debt, not only by shunning occasions of expense, but by vigorous exertions in time of peace to discharge the debts” and “against the mischiefs of foreign intrigue.”

Washington’s words merit consideration in a time where there is much partisanship and much national debt.

Lincoln, who held the country together during the Civil War, wrote in a private note in September 1862, “The will of God prevails. In great contests each party claims to act in accordance with the will of God. Both may be, and one must be wrong. God cannot be for and against the same thing at the same time. In the present civil war, it is quite possible that God’s purpose is something different from the purpose of either party — and yet the human instrumentalities, working just as they do, are for the best adaptation to effect his purpose.”

Lincoln closed his address by reaching out to the Confederacy and reminding the Union that victory should be accompanied by grace. “With malice toward none, with charity for all, with firmness in the right as God gives us to see the right, let us strive on to finish the work we are in.”

We are currently at a crossroads within our country. Will we hold up our Constitution and take warning from Washington about partisanship, debt and foreign intrigue? Will we remember Lincoln’s words, that “human instrumentalities, working just as they do, are for the best adaptation to effect his purpose”?

Will we strive to finish our work, while remembering we are but an instrument in the hand of God?