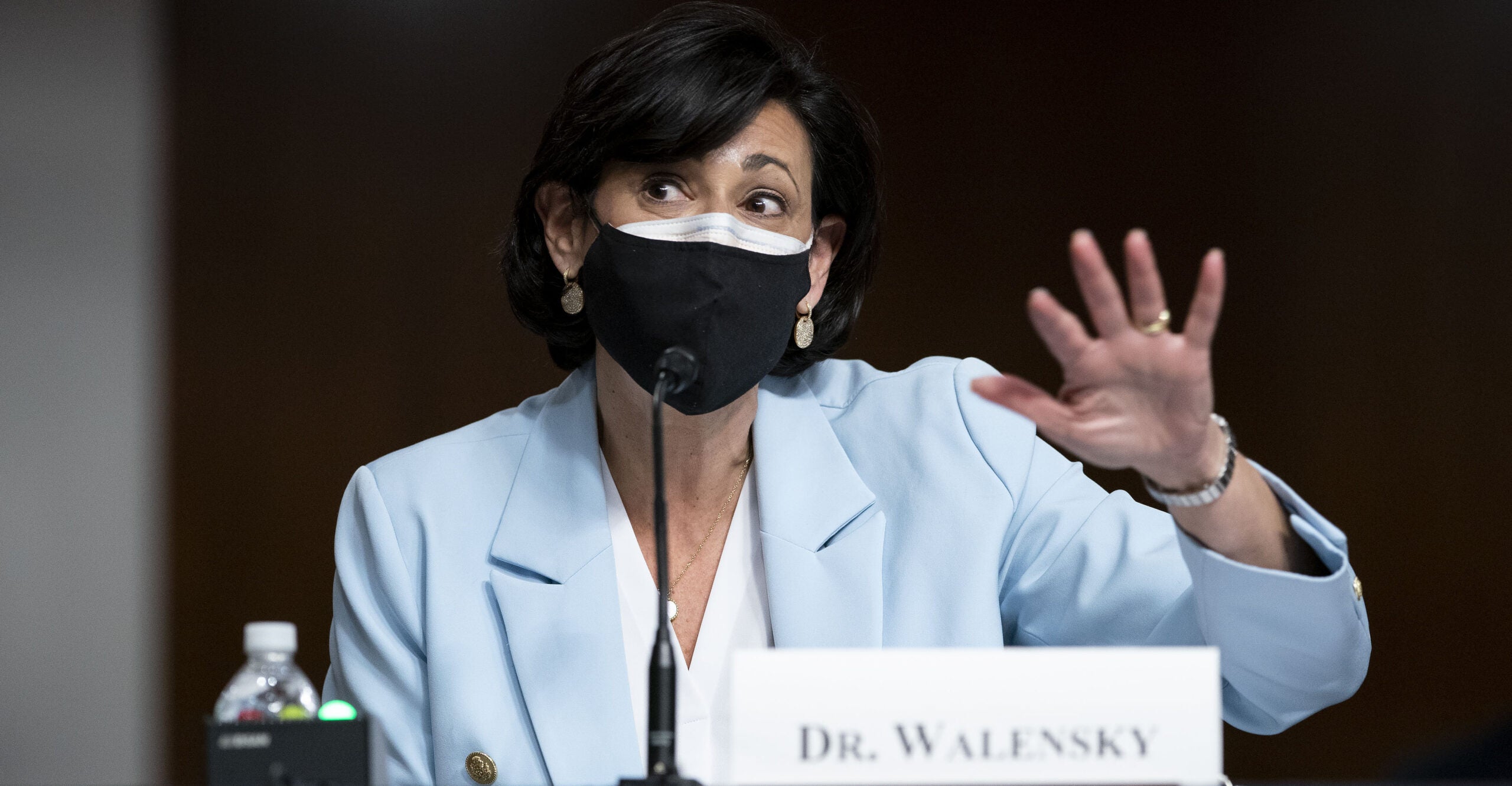 Amid new information on its inner workings, the Centers for Disease Control and Prevention is facing a credibility problem for its COVID-19 response, a leader of the House’s GOP Doctors Caucus told The Daily Signal.

“The American people don’t do well with being told ‘Because I told you so,’ which has, unfortunately, been the Biden administration’s public relations approach to COVID-19 vaccinations,” Rep. Brad Wenstrup, R-Ohio, said.

Wenstrup is the co-chairman of the GOP Doctors Caucus, composed of 18 House Republicans who are medical doctors focused on health care policy.

Wenstrup, a podiatric surgeon who served as a combat surgeon during the Iraq War, referenced CDC Director Dr. Rochelle Walensky’s CNN interview in December, when she said the agency’s guidelines for COVID-19 were based on what officials believed the public would tolerate.

“The CDC, in particular, has struggled to maintain public trust, due in part to revelations that official policies on school lockdowns were influenced by the powerful teachers unions as well as suggestions that shifting guidance on social isolation was determined by ‘what we thought people would be able to tolerate,’” Wenstrup told The Daily Signal in an email response o questions.

The emails show Walensky had to Google her own agency’s website during a live broadcast when asked a question, and that staff provided her with information throughout the February 2021 broadcast.

The watchdog group’s release of government documents follows its earlier release showing that the American Federation of Teachers and the National Education Association—the nation’s two largest teachers unions—influenced the CDC’s changes to guidance on reopening schools.

“By now, we should recognize that every individual and every community is different,” Wenstrup said. “Moving forward, I would urge the CDC to factor in the present risks of the less-lethal omicron variant [of COVID-19] versus the well-documented risks of continued isolation, universal masking, and one-size-fits-all vaccine mandates.”

The other co-chairmen of the GOP Doctors Caucus are Reps. Andy Harris, R-Md., and Michael Burgess, R-Texas.

“The CDC should recognize the importance of natural immunity, bolster efforts to identify and develop treatments, and address the importance of healthy living as comorbidities are a leading indicator of vulnerability to COVID-19,” Wenstrup said.

Walensky said Wednesday that the Centers for Disease Control and Prevention is standing by its current guidance on masking and other measures for K-12 schools.

A CDC staffer on Wednesday informed The Daily Signal that the agency had received its email inquiry and forwarded the inquiry for a response. That response had not arrived as of publication time.

“The documents show what we’ve long suspected from Day One, that Dr. Walensky was unprepared to take the helm of the CDC during a pandemic,” Caitlin Sutherland, executive director of Americans for Public Trust, told The Daily Signal in a phone interview.

Walensky received her doctorate in medicine from the Johns Hopkins School of Medicine and her master’s degree in public health from the Harvard School of Public Health.

In one email chain, Walensky said she “Googled while on live,” in February 2021 and included a smiling face emoji in her message.

The emails also show that Walensky told CDC staffers that she was not prepared to discuss aspects of combating COVID-19 with other federal agencies, and needed a “cheat sheet” to outline talking points.

“A few weeks ago, President Biden told people to Google if they want to find a COVID test,” Sutherland said. “You and I probably rely on Google way too much. But we shouldn’t expect the CDC director to be so reliant, not just on Google, but also on her deputies.”

In one emailed message, Walensky thanked staff for providing “cover” for her when she responded to an information request.

Another email shows that she thanked a staffer for “standing in” for her at a meeting of the White House COVID-19 Response Team.

In a May message, Walensky thanked Dr. Anne Schuchat, CDC’s principal deputy director, for providing “Answers in red” in reply to a White House request.