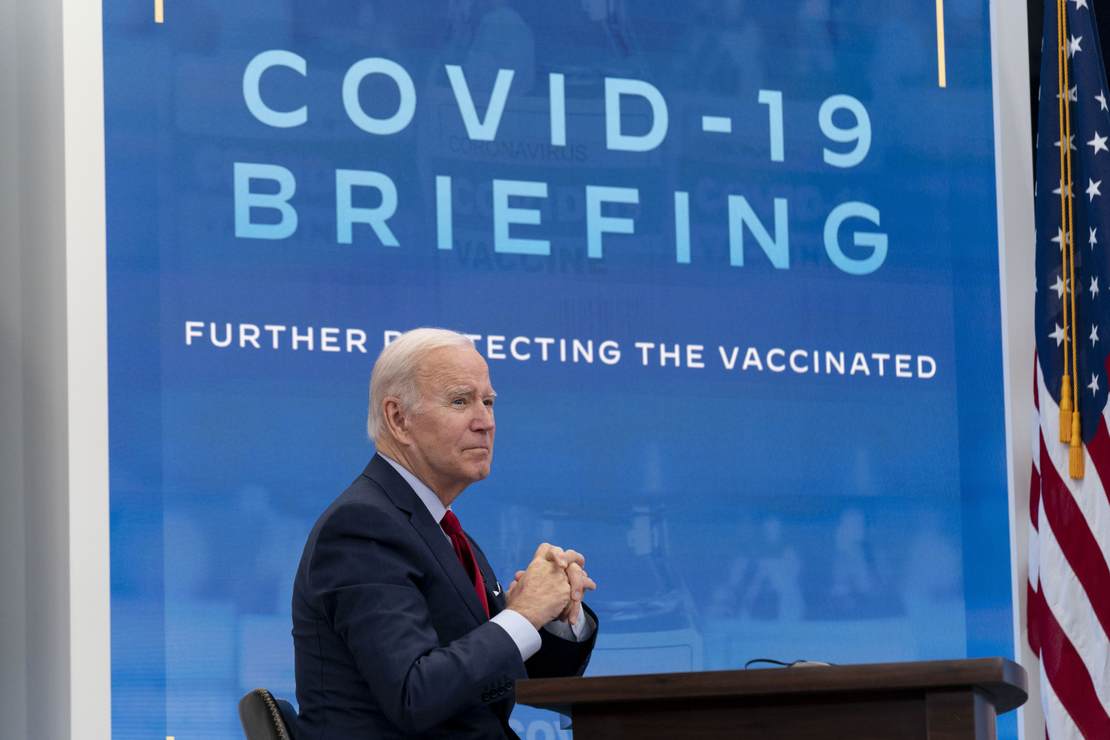 Regardless of what you believe about the 2020 election, Joe Biden wouldn’t be president today if not for COVID. In fact, according to Seth Masket of FiveThirtyEight, “had there been no pandemic, [Trump] may have still lost the popular vote, but considering how close the election was, he may have had a decent chance of winning the Electoral College.”

It’s easy to understand how the pandemic upended the election. Not only was the pandemic used as a pretext for unprecedented and even illegal changes to election laws that undermined the security of the vote in several battleground states, but the mainstream media spent enormous energy creating the narrative that Trump had botched our nation’s COVID response and pushing fake stories such as Trump suggested people inject themselves with bleach or that he called the virus a hoax.

They made it easy for Biden to campaign on the idea that he was the one who would end the pandemic. He repeatedly insisted that he would “shut down the virus” and accused Trump of not having a plan to “get this virus under control” while insisting that he did. I guess enough people believed him because Biden was perceived as having a good handle on the pandemic almost immediately. A month after taking office, a Morning Consult poll found that 60 percent of voters approved of Biden’s pandemic response, with a net approval nearly double that of Trump’s high of +14 in March of 2020.

Biden’s presidency is perhaps linked to COVID more than any other issue, and when things looked good, Biden shamelessly took credit for it. In July, cases were approaching pandemic lows, and Biden gave a speech celebrating our “independence from COVID-19.”

But cases and deaths would return in waves due to the delta and omicron variants, and in December cases in the United States reached their highest level on record. On December 27, 2021, more Americans had died from COVID on his watch than under Trump. As of Wednesday, more than half a million have died on Biden’s watch.

So much for independence from the virus.

Related: Is This the Next Pandemic That Will Keep Us Masked and Shut Down After COVID?

As such, Biden’s approval for how he’s handled the pandemic has tanked. According to the Pew Research Center, “The share of Americans who say Biden is doing an excellent or good job [40%] is down 7 points since August and is now only slightly higher than the share who said Donald Trump did an excellent or good job responding to the coronavirus outbreak over the course of his presidency [36%].”

The same man who repeatedly promised to “shut down the virus” and bring us back to normalcy failed. He’s proven himself to be impotent and incompetent in the fight against COVID, and now his numbers are nearly the same as–and may even end up worse than–the man he said did a horrible job.

This is a significant repudiation of Biden because for much of Biden’s presidency, his approval on the pandemic was higher than nearly every other issue. But, like with every other issue he’s now polling underwater with, he proved that he wasn’t the competent alternative to Trump, and we’re paying the price for that. With Biden having lost the confidence of public in the fight against COVID, his presidency has lost all purpose.