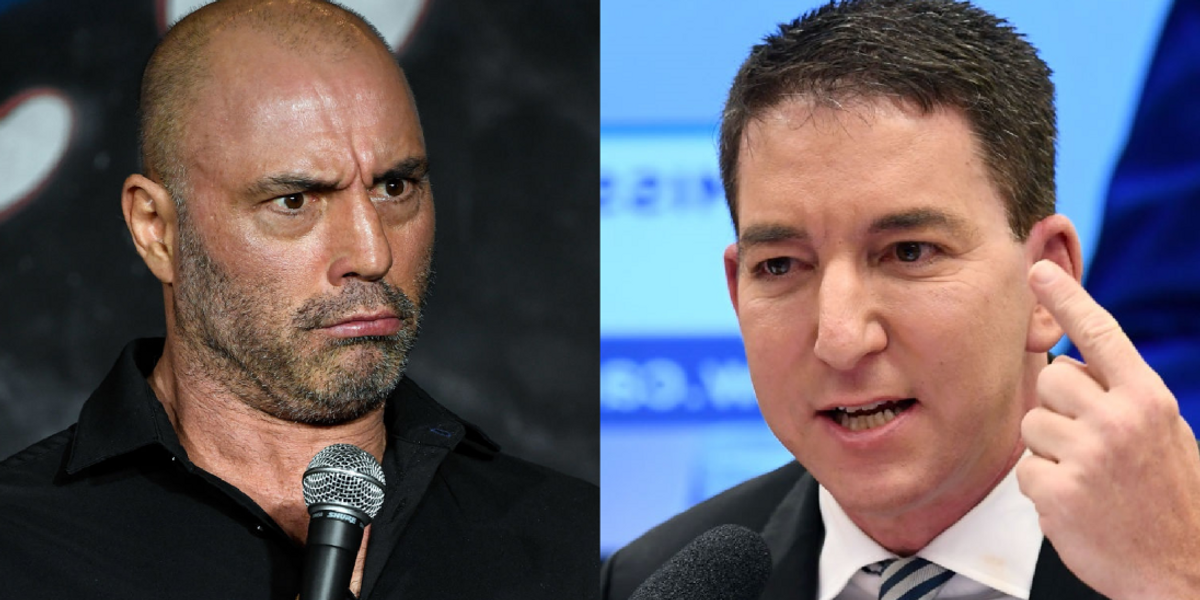 Journalist Glenn Greenwald summed up the real cause for all the media vitriol toward Joe Rogan in about one minute during an appearance on Fox News’ “Media Buzz.”

“The ability to control information is an incredibly powerful instrument that everyone who tries to obtain it wants to safeguard,” Greenwald told host Howard Kurtz.

“What you see with Joe Rogan is he’s built an enormous audience, bigger than essentially everybody on television, an audience that’s young and ideologically diverse. And he does often question and dissent from the pieties they’re attempting to implant in the minds of so many people. And as their ratings decline and their audience evaporates, they’re looking to censorship as one of the ways to maintain this stranglehold on our discourse.”

He added, “There’s a huge component of a kind of resentment on the part of this insular class and liberal enclaves — that nobody else is entitled to have influence.”

On “The Rubin Report” Tuesday, BlazeTV host Dave Rubin said Greenwald, though a “lefty,” is one of the few people making sense on this whole Joe Rogan controversy.

Watch the video clip below or find more episodes of “The Rubin Report” here. Can’t watch? Download the podcast here.

To enjoy more honest conversations, free speech, and big ideas with Dave Rubin, subscribe to BlazeTV — the largest multi-platform network of voices who love America, defend the Constitution and live the American dream.