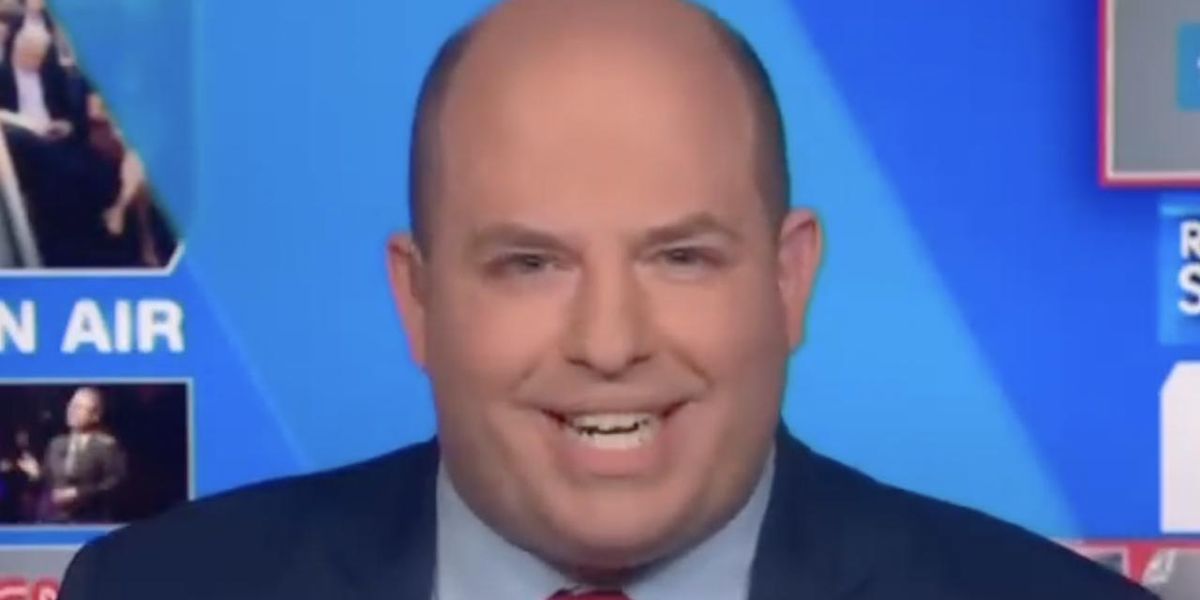 CNN’s Brian Stelter — the cable network’s chief media correspondent — ran some P.R. for his company at the end of his “Reliable Sources” show Sunday, defending it from critics who say CNN is “lacking journalism” and deals in “opinions all the time.”

Stelter’s verdict? “They’re not watching CNN,” he told his viewers.

What’s been happening at CNN?

Indeed, it’s been one thing after another for CNN of late.

In December, CNN fired its infamously left-wing anchor Chris Cuomo after an investigation showed how deeply involved he was in attempting to protect his brother, former New York Gov. Andrew Cuomo, from scandals. Also that month, a CNN producer was charged with allegedly luring and grooming underage girls for sexual assaults.

In January, folks brutally mocked CNN after it announced the creation of a news team “dedicated to covering misinformation” — and also after Stelter interviewed eighth-graders who were learning about detecting “misinformation.”

And soon Stelter got distressed because he admitted that podcaster Joe Rogan is “trusted by people” who don’t trust “major newsrooms like CNN.” For his part, Rogan eviscerated CNN and said “people know they’re full of s**t … they disseminate propaganda.”

Then came last week’s shocking resignation of CNN boss Jeff Zucker following revelations about his relationship with Allison Gollust, his second in command at the network.

But on Sunday, Stelter soldiered on and shot back at CNN’s critics after telling his viewers he was “gonna go a little bit rogue” during his show-capping monologue.

What did he say?

“Jeff Zucker’s departure was shocking to the staff of CNN. But CNN was not built by just one man, not by only Ted Turner, and it was not led only by Jeff Zucker. CNN is so much bigger than any single individual,” Stelter said. “It is about teams and teams of people, thousands of individuals who make up CNN.”

“Do some of the anchors say provocative things? Yes,” he admitted. “Do some of those clips get played over and over again on other channels and mislead people about what CNN actually is? Yes.”

End of his CNN show, @BrianStelter: u201cPeople who say weu2019re lacking journalism…that we’ve run off and weu2019re all our opinions all the time….those people arenu2019t watching CNN. Theyu2019re watching complaints about CNN on other channels that don’t know what they’re talking about.u201dpic.twitter.com/KKRGXZtLSY

“We lost our leader this week, but we’re not going anywhere,” Stelter promised his listeners, according to Fox News.

How did folks react?

You might say Stelter’s monologue provided commenters with a target-rich environment. Here’s a small sampling from Twitter: