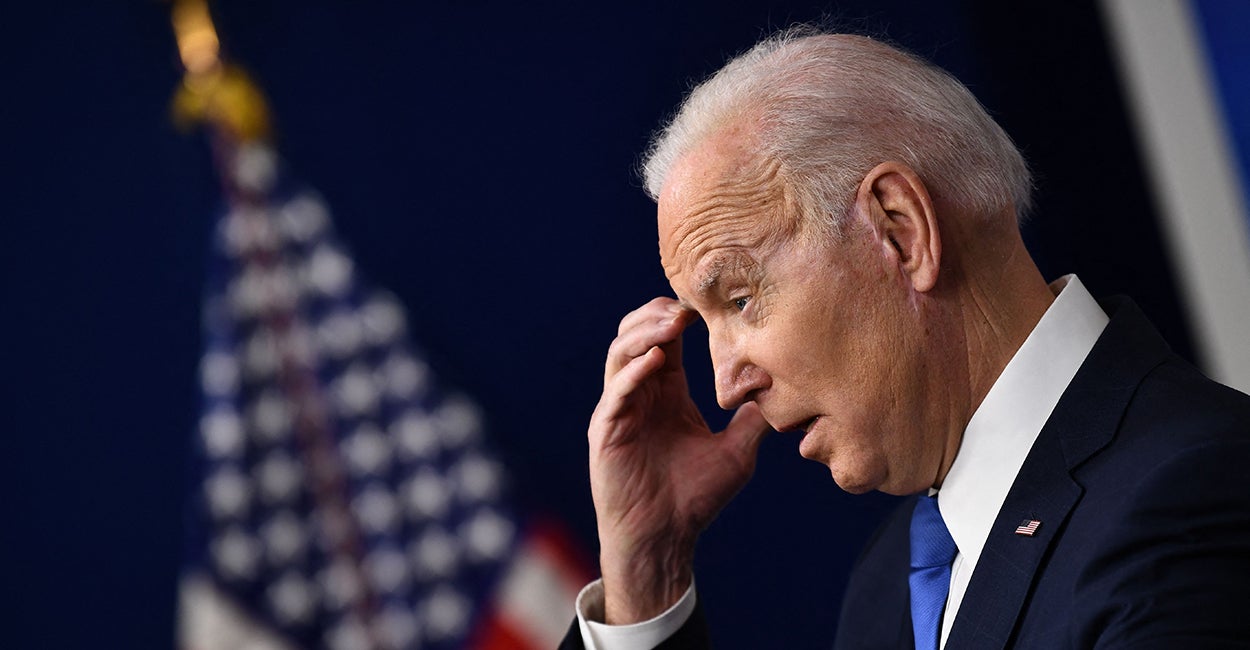 Today is the first Monday in February, and by law, the day the president must deliver his proposed federal budget to Congress. It’s normally a busy day in Washington, D.C., as the pundits and analysts dissect and comment on every aspect of the proposed federal spending package.

As a sidenote, the day is never complete for me until one of the leaders of the political parties declares “this budget is dead on arrival.” It’s one of the annual rituals of Washington, like the predictions of when the cherry blossoms will open.

Except President Joe Biden has already signaled he doesn’t intend to comply with the law. Instead, the administration is indicating it might submit its budget in March, or then again, maybe even later.

It’s a choice accompanied by consequences for America—a late federal budget submission causes backups in an already dysfunctional congressional budget process, which, in turn, causes cascading delays. It also delays critically needed defense spending, putting our national security at risk at a time when our adversaries seem to be regularly testing our limits.

So, given the Biden administration has had over a year in office to produce this budget, why is it AWOL?

One reason offered is that the president wants to submit his budget after he has presented his State of the Union speech, currently scheduled by House Speaker Nancy Pelosi for March 1.

These speeches are traditionally given in January or February, so what gives with the March 1 date? No one knows for certain, but CNN speculated that waiting until March 1 might give Biden “more time to try to accomplish some of his legislative goals” before addressing Congress.

Another reason cited was the lack of progress in the fiscal year 2022 appropriations. Knowing the level of 2022 appropriations—the amount of annual funding Congress designates for each federal agency and its programs—makes it easier for the administration to propose a corresponding 2023 budget. At least that rational makes a little more sense.

The government is operating under a continuing resolution until February 18 because Congress hasn’t passed any regular 2022 appropriations, which, if they were passed on time, were supposed to be passed by September 2021. The continuing resolution forces all federal departments to continue to operate under their prior fiscal year 2021 funding levels. For some agencies, that isn’t a big deal, since their budgets don’t change much from year to year, but for the Defense Department, it is causing major pain.

At an early January congressional hearing, Defense Department officials testified that the lack of a 2022 defense appropriation could result in new weapon systems being paused, over 100 needed construction projects put on hold, ships docked for lack of money, critical nuclear modernization delayed, and planes grounded.

It is exactly the wrong move to make when the U.S. military is confronting such challenges as increasingly aggressive adversaries like Russia and China. As Russian President Vladimir Putin threatens Ukraine with over 100,000 troops across its border, he must take some small comfort that the U.S. military languishes without a current funding bill.

How did Congress get so far behind in passing the fiscal year 2022 appropriations bills? At least part of the reason can be traced back to last year’s late arrival of the Biden administration’s full budget submission. Not only was it late, but it was, in fact, the latest in modern history, not arriving until May 28, 2021.

By essentially not arriving until June, the entire congressional appropriations process was set back four months. Even on its best days, Congress moves ponderously, and it is unrealistic to think it could make up such a delay in its internal budget cycle.

So, how can the gridlock be broken so that Congress can accomplish one of its fundamental responsibilities: to ensure the common defense?

Congress has already shown strong bipartisan support and agreement for national defense. The 2022 National Defense Authorization Act, which already contains recommended funding levels, passed the Senate by 88-11 and the House by 363-70.

Congress can use the National Defense Authorization Act as the blueprint to split out the noncontroversial defense spending from being entangled with the contentious elements of the rest of the federal budget and pass a stand-alone defense appropriation bill immediately. That way, the Defense Department would no longer be held hostage to Washington’s dysfunction and critically needed military programs would be funded.

Meanwhile, the Biden administration should quit dithering and transmit its 2023 budget proposal in the next few days or weeks to avoid yet another delay in the congressional appropriations process. Might there be some disconnects between it and the 2022 appropriations when finally passed? Perhaps, but that can all be cleaned up by the Congress.

Given the looming threats to our national interests on the horizon, moving ahead on both the 2022 and 2023 defense appropriations is the best choice for lawmakers and our nation.

Partisan NY Times Blames ‘Right-Wing Rhetoric’ for Violence
People are spending lots of money on makeup and beauty, and retailers are cashing in
NewsGuard Advisor Agrees Donald Trump Should Be Executed for Allegedly Having Nuke Docs
Amazon Slams Government Harassment Of Executives
Dodge’s first electrified vehicle will be a new crossover called the Hornet