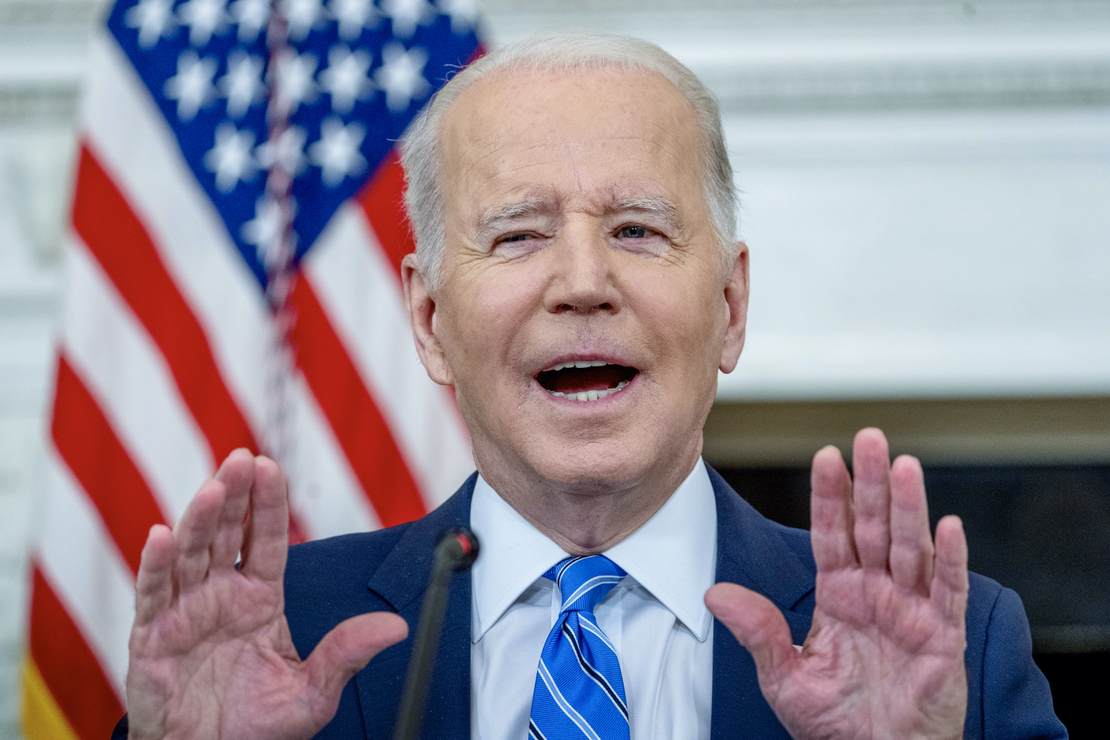 On Thursday, Associated Press reporter Matt Lee challenged Biden State Department spokesman Ned Price for evidence to back up the administration’s claim that Russia is plotting a false flag attack by NATO to use as a pretext to invade Ukraine. Price failed to provide it, instead insisting that we’d have to take the administration’s word for it.

Of course not. There are loads of examples of the Biden administration lying to the public. Below, I present five significant ones.

Last year, Joe Biden decided to impose a vaccine mandate on Americans, even though he previously claimed he was against them.

Biden announced his vaccine mandate on private businesses in September.

Except many economists did predict that inflation would continue and get worse. Biden simply dismissed any economist who disagreed with him as not being serious. Look how well that turned out. Inflation soared and reached historic highs.

Unable to deny the record inflation occurring, Biden decided then to lie to the public and claim that inflation had been going up well before he took office when it wasn’t.

Biden just FALSELY claimed that inflation has been increasing over the past decade.

The annual inflation rate for the United States is 7.0% for the 12 months ended December 2021 — the highest since June 1982. pic.twitter.com/tCnzRw0gNk

3. Biden lied about Build Back Better.

Joe Biden claimed that his Build Back Better plan cut the deficit and “cost zero dollars.” It was such a laughably absurd claim that he repeatedly made, despite the obvious absurdity. Of course, we were just supposed to trust him then.

Well, if anyone actually did take him at his word, they probably had a bit of sticker shock when the Congressional Budget Office (CBO) published an analysis in December that projected that the “Build Back Better” bill that the House had passed would add $3 trillion to the national debt over a decade.

That’s a little off from saying it cost zero and would reduce deficits, don’t you think?

Biden has made quite a few whoppers about his life story and record over the years. For example, back in December, in a speech to HBCU graduates, he claimed that he “got started in politics because of the civil rights movement” and that he played a role in desegregating his community.

He did no such thing. We know this because Biden said so back in 1987 when he told reporters that even though he was “very concerned about the civil rights movement” at its prime in the 1960s, he “was not an activist.”

On that front, he also has repeatedly claimed to have been arrested during a civil rights protest—despite previously being called out for lying about it.

1. Biden lied about Americans left behind in Afghanistan.

After Biden’s botched withdrawal from Afghanistan, his administration was desperately trying to minimize the public relations disaster it caused, and they did so by lying about how many Americans the Biden administration left behind when the evacuation was complete. “Now we believe that about 100 to 200 Americans remain in Afghanistan with some intention to leave,” Biden said on Aug. 31. “Most of those who remain are dual citizens, long-time residents who had earlier decided to stay because of their family roots in Afghanistan.”

But that number was a lie. Earlier this week, the Senate Foreign Relations Committee released a report that as many as 9,000 Americans were left in Afghanistan after Joe Biden’s botched withdrawal. This wasn’t a case of incompetence. The Biden administration didn’t suddenly find thousands of previously unknown Americans still in the Taliban-controlled country. They knew. Back in August, a U.S. official said that an estimated 8,000 Americans would be left in Afghanistan by the Aug. 31 withdrawal deadline. It’s undeniable that the administration knew the truth but told the nation a different story to minimize the damage to Biden’s approval ratings.