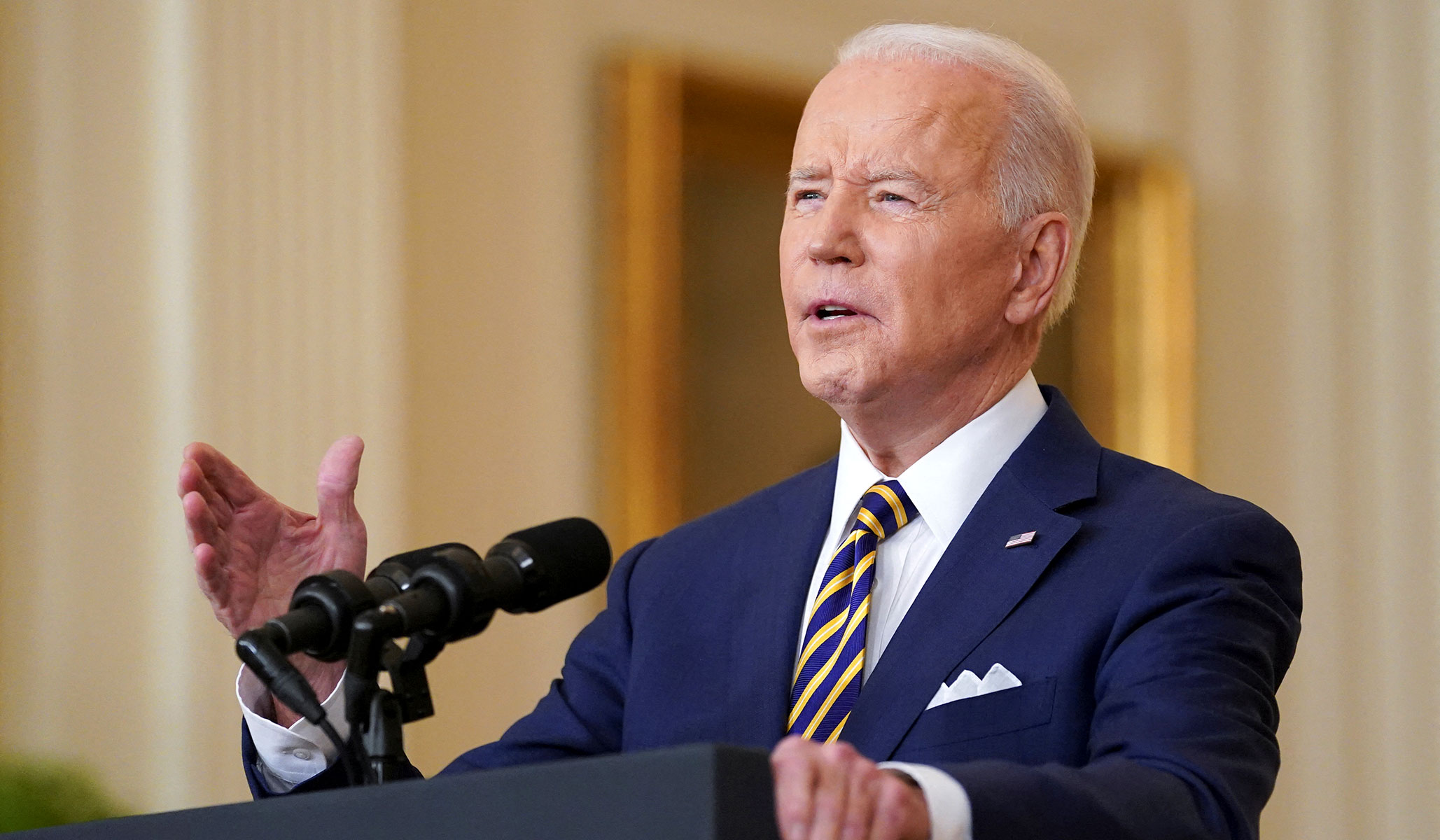 One of the Democrats’ more curious current talking points is that Republicans are simply “obstructionists” who don’t stand for anything. Joe Biden, in his press conference last week:

One thing I haven’t been able to do so far is get my Republican friends to get in the game of making things better in this country. For example, I was reading the other day — and I — I wrote the quote down so I don’t misquote him — a quote from Senator Sununu, when he decided that he wasn’t going to — excuse me, Governor Sununu — when he decided he wasn’t going to run for the Senate in New Hampshire. Here’s what he said: “They were all, for the most . . .” — quote — “They were all, for the most part, content with the speed at which they weren’t doing anything.  It was very clear that we just had to hold the line for two years. Okay, so I’m just going to be a roadblock for the next two years? That’s not what I do,” Sununu said.  He went on to say, “It bothered me that they were okay with that.” And then he goes on to say, “I said, okay, so we’re not going to get stuff done if we win the White House back” — “if we win the White House back.” “Why didn’t [we] do [anything] in 2017 and 2018?” And then, he said — how did the Republicans Sununu spoke to answer the challenge? He said, “Crickets.  Yeah, crickets. They had no answer.”

I did not anticipate that there’d be such a stalwart effort to make sure that the most important thing was that President Biden didn’t get anything done. Think about this: What are Republicans for? What are they for? Name me one thing they’re for.

Biden is playing the oldies again, trying to revive the spirit of Harry Truman and his 1948 attacks on the “Do-Nothing Republican Congress.” You can’t argue with Truman’s success; he won a surprise reelection, and his party recaptured both houses of Congress. In fact, Truman in 1948 was the only president ever to see his party win back the House after losing it on his watch. But even then, it was a lie; the 80th Congress was full of consequential activity, passing over 900 pieces of legislation including the Marshall Plan, the Taft-Hartley Act, the National Security Act (a huge restructuring of the whole military and national security state that created the Air Force and the CIA), the Presidential Succession Act, the creation of Voice of America and Radio Free Europe, and the 22nd Amendment. Then, as now, Democrats consider it “nothing” if Congress doesn’t enact Democratic policy.

History aside, there are a couple of flaws in Biden’s reasoning. One, the party out of power in the White House can’t possibly pass any federal policy on its own, unless it has big majorities in Congress and a divided opposition (as Republicans did in 1947-48). Republicans are currently the minority party in both Houses. Democrats in 2017-18 and in 2003-06 were not exactly models of cooperation with Donald Trump or George W. Bush. Two, of course, “do something” is often an excuse to do something that is worse than doing nothing.

Three, and more importantly, it is simply not true that Republicans want to do nothing. They currently have unified control of state government in 23 states, which are home to more than 130 million Americans. Seven other states have Republican control of their entire legislature, and five more have Republican governors. Republicans control the governments of four of the ten largest states (Texas, Florida, Ohio, and Georgia), and control the legislatures of three more (Pennsylvania, North Carolina, and Michigan).

Those state governments have hardly been inactive in passing laws and policies; one can hardly open the news without seeing Republicans pushing state-level policy on education, Covid, taxes, voting, abortion, law enforcement, and other subjects of public concern. And here is the irony: A lot of what Biden wants to do — the authority he is seeking from Congress, and the authority he tries to exercise by executive orders and federal lawsuits — is to obstruct those policies from taking effect. His big push on voting and election law is explicitly aimed at preempting numerous state laws passed in the past year, many of which are already targets of lawsuits by his Justice Department. Ditto abortion law and vaccine mandates. Hardly a day goes by without news of some Republican governor or legislature doing something, and Democrats and their media allies declaring, “This must be stopped!” Glenn Youngkin has had his turn in that box this week.

State governments are supposed to govern, and most of them are set up to have broader powers, more cohesive polities, and more flexibility in changing course than the federal government, which is tasked with governing a sprawling, diverse continent. The filibuster and other limits on federal legislation serve an important purpose by making it harder for the federal government to obstruct the states from operating the governments closest to the people. When Democrats stop trying to obstruct that, they can complain about obstructionism.