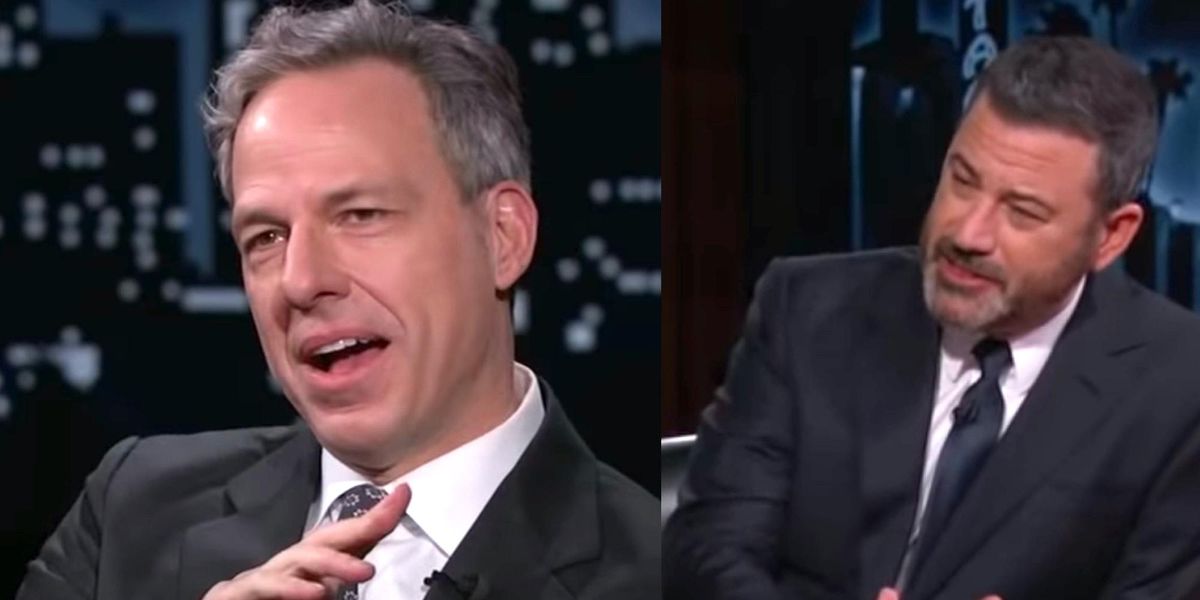 Tapper made the comments on Kimmel’s show when he was asked if his life was far more boring after former President Donald Trump left office.

“No, the current president just called a reporter a dumb son of a b***h, that just happened today,” said Tapper.

“He did, and in, I know you don’t usually give out opinions, but that reporter, Peter Doocy, is he a dumb son of a b***h?” Kimmel joked.

“I don’t think any president should be calling any journalist a dumb son of a b***h,” Tapper replied. “And to be fair to Peter Doocy, the question was fairly anodyne.”

Kimmel tried to say the comment was caught on a microphone but Tapper ridiculed that idea. Kimmel then joked that Doocy was actually what Biden called him, to some applause from the audience.

“So, I do not agree with that, and I will say standards for decency don’t have to do with whether or not you like the people who are being treated poorly. It has to do with the standard,” he said to more applause from the audience.

“And, yes, I realize that Peter’s channel probably would never come to my defense like that, but it is what it is,” he concluded.

While many on the left defended Biden and pointed to similar insults from former President Donald Trump to justify him, Doocy laughed off the insult when he later appeared on “The Five.”

Tapper also noted that Biden later called Doocy to personally apologize and tell him that it wasn’t personal.

Tapper’s CNN colleague Jim Acosta was far more defensive about the Doocy insult. He noted that no one ever apologized to him for the insults he received from Trump, and joked that he still had “marks” on his back from his rhetorical fights with the former president.