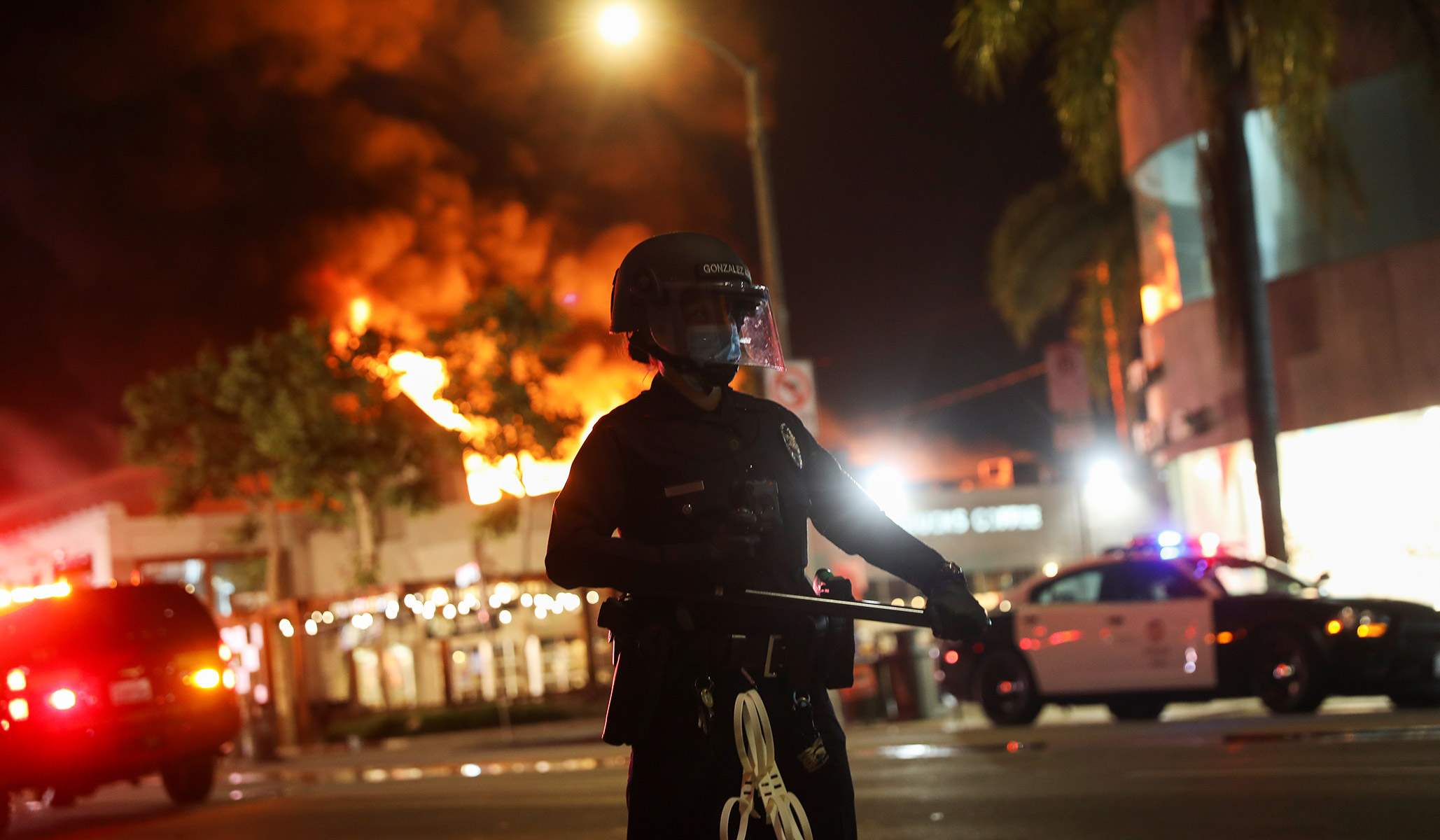 “This is just yet another example of the chaos that we’re seeing here in California and the violence,” Sacramento County DA Anne Marie Schubert told Fox & Friends on Friday. “And it’s not just that, it’s the fact that we’ve got a tsunami of poor public policies, and you’ve got rogue prosecutors that are not holding people accountable to the fullest extent of the law that we can.”

Progressive prosecutors in major cities have come under fire recently for passing policies that seem likely to embolden criminals even as violence and crime rates mount.

“When they try to talk tough, it’s really just a show because when you actually follow them through with those cases, what we’re seeing is that they’re really not being tough on crime, they’re not holding people accountable,” she added.

She slammed Gascon for enacting rules that let offenders back onto the streets within a certain time window regardless of whether they committed felonies or more minor crimes.

“So for instance, in Los Angeles, you’ve got a district attorney who acts like he wants to hold people accountable, yet he won’t file things like special circumstances. He thinks people should get out of prison after 15 years, no matter what they’ve done. You’ve got murderers in prison that are toasting Gascon, celebrating that they’re going to get out of prison early. So these are the types of things that these policies, these prosecutors are doing. We are emboldening criminals to really commit even more crime,” Schubert said.

She said California citizens are growing weary of the rampant crime, between the organized shoplifting heists, follow-home robberies, stabbing incidents, and a general dramatic spike in homicides. They need to demand leadership that will enforce rule of law and foster safe communities, she said.

On the other coast in New York City, Manhattan’s new progressive district attorney Alvin Bragg received a lot of heat recently for arguing in a memo to his office that the “decriminalization/non prosecution” of crimes, such as resisting arrest and interfering with an arrest and prostitution, “will make us safer.”

He later backtracked on his statement, apologizing for any confusion it may have caused and clarifying that all robberies involving a gun will be prosecuted as a felony in the city.