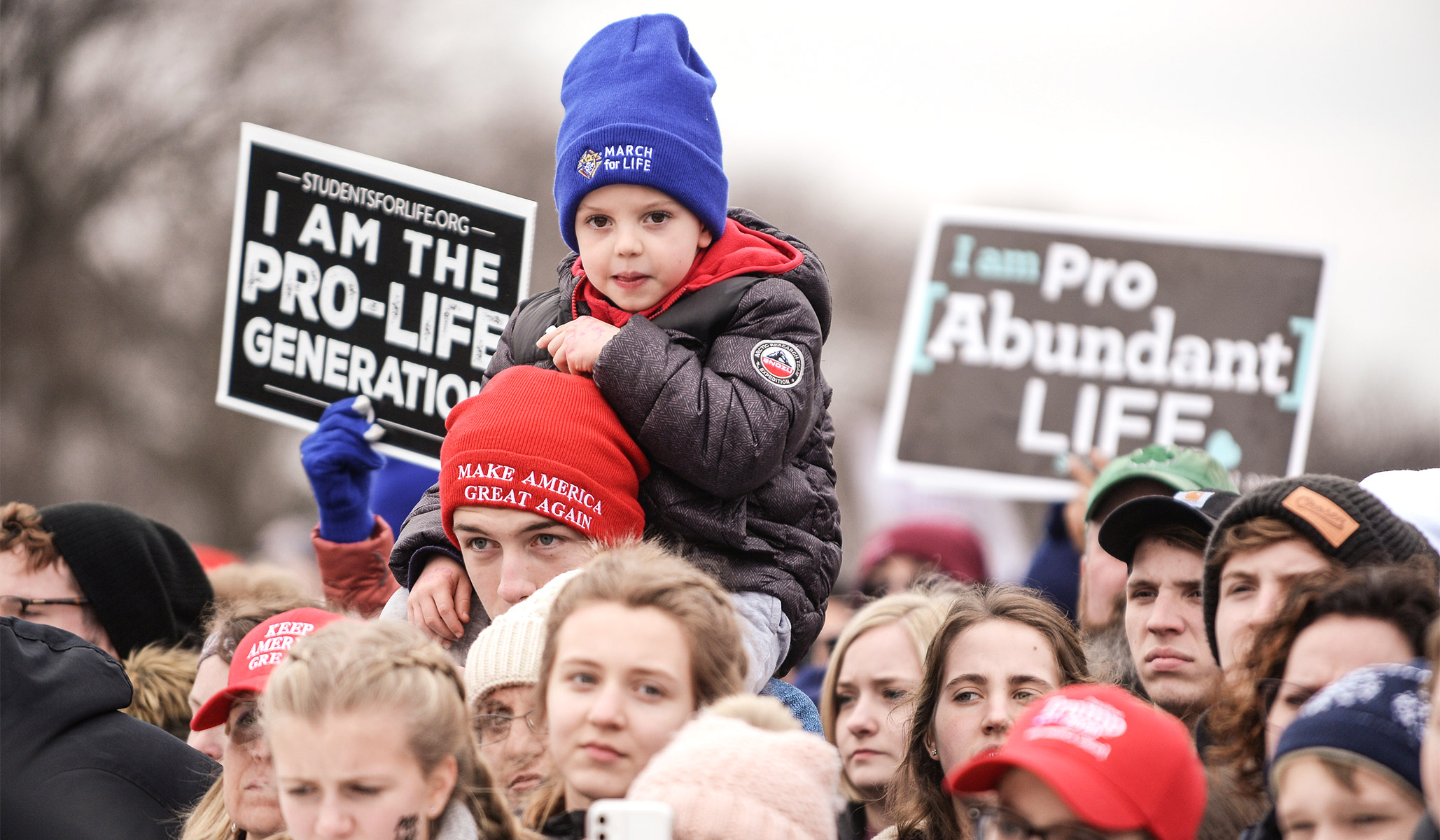 A new Marist poll commissioned by the Knights of Columbus finds that the overwhelming majority of Americans want abortion laws that are not allowed under the Supreme Court’s abortion precedents of Roe and Casey.

The Roe regime prohibits any legal limit on abortion at least until “viability” — when an unborn child can survive outside of the womb — which occurs as early as 21 weeks of pregnancy. (Even after viability, Roe’s requirement for post-viability exceptions for “emotional” and “psychological” health effectively prohibits real limits on late abortions.)

The new poll gave respondents six different options when asked what comes closest to their view:

The poll finds that 17 percent of Americans want abortion available any time throughout pregnancy, while 12 percent say abortion should be allowed only during the first six months of pregnancy.

Twenty-two percent of American say abortion should only be available during the first three months of pregnancy.

And 49 percent of Americans say abortion should be only allowed in rare circumstances or never.

In other words, the Marist poll finds that at least 71 percent of Americans want limits on abortion that go far beyond what Roe/Casey allow.

The Marist poll exposes the reason that many other polls on Roe v. Wade are misleading. Most Americans don’t know what it would mean if Roe were overturned, and most polls really don’t get into the details of what Americans want the law to be. Sometimes a pollster makes matters worse by including misleading information in survey questions. For example, a new CNN poll tells respondents that Roe established a right to abortion “at least in the first three months of pregnancy.” The lopsided result in favor of keeping Roe (69 percent to 30 percent) tells us little about what Americans really think about abortion.

A far more revealing result in the CNN poll was the finding that the “number of Americans who say they’re using the issue [of abortion] as a litmus test is relatively low among both those who support overturning Roe (25%) and those who don’t want to see it overturned (18%).”

Exit polling after the 2021 Virginia gubernatorial election found that 8 percent of Virginia voters said that abortion was the “most important issue,” and this group of voters broke 58 percent to 41 percent in favor of Republican Glenn Youngkin. During the campaign, McAuliffe put the abortion issue front and center — and Democrats dropped nearly $4 million worth of abortion-themed TV ads against Youngkin.

“That Weapon Killed Kids” – Lee Greenwood Pulls Out of NRA Convention Over Texas Shooting
Starbucks will exit Russia after 15 years, closing 130 licensed cafes
Uvalde mayor fires off blunt message to ‘haters’ who don’t like how he handled Beto O’Rourke: ‘To hell with you, too’
AOC: Blah, Blah, Blah, White Supremacy, Yada, Yada, Yada
Texas school shooting victims were all in the same classroom – and two were cousins