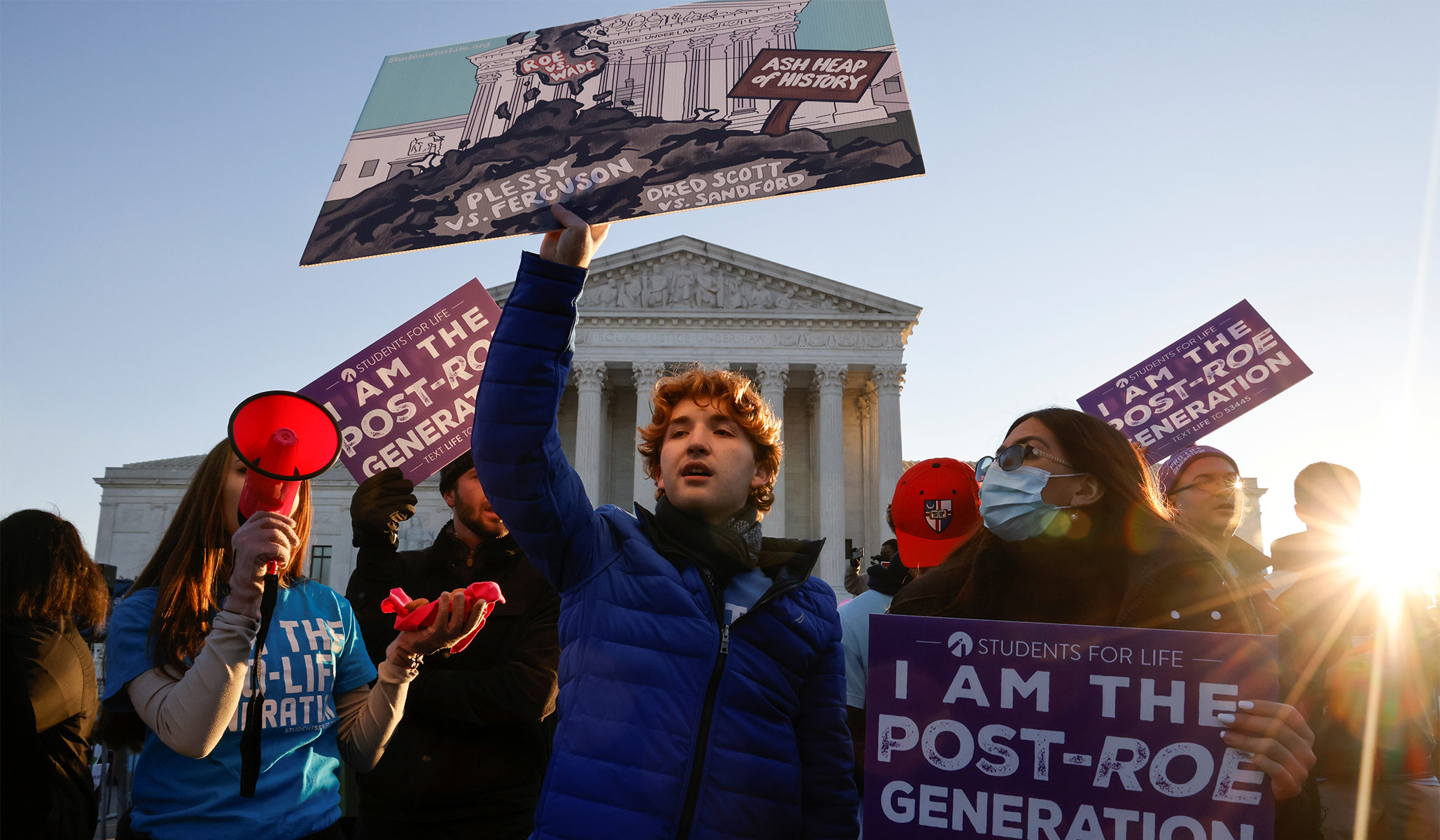 Last November, Miyares defeated incumbent Democratic attorney general Mark Herring by about a point, and, along with governor-elect Glenn Youngkin and lieutenant governor–elect Winsome Sears, was sworn into office this past Saturday.

Under Herring’s leadership, Virginia joined nearly two dozen progressive states in filing a Supreme Court brief in Dobbs, a case considering the constitutionality of a Mississippi law protecting unborn children after 15 weeks of pregnancy. The brief, led by California, argued that Mississippi’s law is unconstitutional and urged the Court not to overrule precedents such as Roe v. Wade and Planned Parenthood v. Casey, which created and upheld a supposed constitutional right to abortion. The brief also asserted that overturning the Court’s abortion jurisprudence would have a number of negative effects on the states and their citizens.

Now, at the end of his first week in office, Miyares is seeking to remove Virginia as a signatory to this pro-abortion brief. In a copy of his motion obtained exclusively by National Review, Miyares writes “that Virginia no longer adheres to the arguments contained in its previously filed brief [and] is now of the view that the Constitution is silent on the question of abortion, and that it is therefore up to the people in the several States to determine the legal status and regulatory treatment of abortion.”

The motion goes on to ask the Court to uphold Mississippi’s law, arguing that Roe and Casey should be overturned. “It is Virginia’s position that the Court’s decisions in Roe and Casey were wrongly decided,” the motion concludes. “Unmoored from the Constitution’s text, the Court’s abortion jurisprudence has proven unworkable, and the Court’s effort to save it has distorted other areas of the law. This Court should restore judicial neutrality to the abortion debate by permitting the people of the several States to resolve these questions for themselves.”