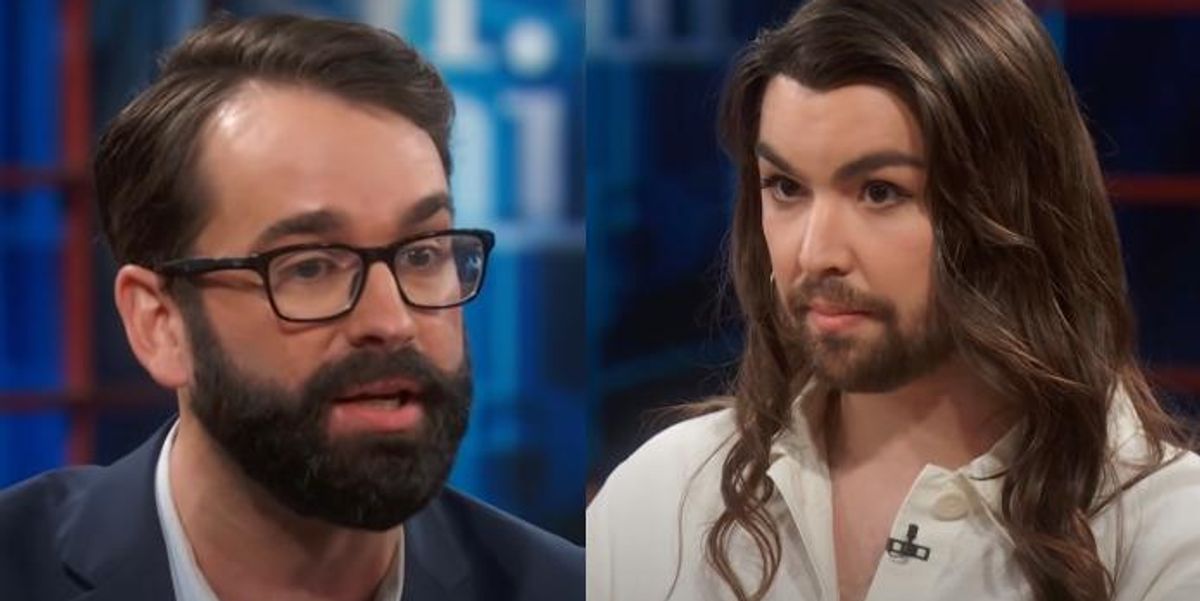 Conservative commentator Matt Walsh shut down a debate about gender pronouns during his recent appearance on the “Dr. Phil” show.

“There are a growing number of people who say they do not identify with gender binaries of ‘man’ or ‘woman’ and therefore prefer to use other pronouns such as ‘they,'” the description of the episode that aired on Wednesday titled “The Gender Pronoun Debate” states. “Supporters say using a person’s choice of pronouns fosters an inclusive environment and affirms a person’s own gender identity.”

Ethan – an LGBTQ+ advocate who prefers the pronouns “he” and “they” – believes that discussing pronouns and gender expression is important, “It creates dialogue and invites conversations to learn about other people.”

Ethan is married to Addison – another LGBTQ+ activist who claims to be non-binary and uses the pronouns “they” and “them.”

On the daytime TV talk show, Walsh disputed the validity of “preferred pronouns” and being gender-fluid.

Walsh stated, “You can feel however you want. I mean, I can sit here and say, ‘I feel like a tomato plant.’ But that doesn’t mean that I actually am those things.”

My preferred adjectives are handsome and brilliant. Please respect my self-identification.pic.twitter.com/HSxR4t2yKy

“[That] makes no sense,” “The Matt Walsh Show” host noted. “You don’t get your own pronouns.”

Walsh shot back, “What is a woman? Can you tell me what a woman is?”

Addison responded, “Womanhood is … something that I cannot define.”

Walsh questioned, “But you used the word. So what did you mean when you said, ‘Trans women are women’?”

Addison replied, “I do not define what a woman is because I do not identify as a woman. Womanhood is something that is an umbrella term.”

Walsh asked what the umbrella term describes, and Addison said, “People who identify as a woman.”

Walsh circled back to his original question, “Identify as what?”

Addison said, “As a woman,” to which Walsh asked for a definition of woman again.

“To each their own,” Addison maintained without going into detail.

Addison said each person is “going to have a different relation with their own gender identity and define it differently. So, trans women are women.”

Once again, Walsh asked what a woman is.

“You won’t even tell me what the word means though, so that’s the problem,” the Daily Wire podcast host said. “What you want to do is appropriate womanhood, and turn it into, basically, a costume that could be worn.”

“This is one of the problems with this left-wing gender ideology is that no one who espouses it can even tell you what these words mean,” Walsh added.

Walsh made headlines in November when he released his children’s book titled “Johnny the Walrus,” which lampoons the leftist gender-fluid ideology foisted on children.


Both Sides of the Gender Pronoun Debate