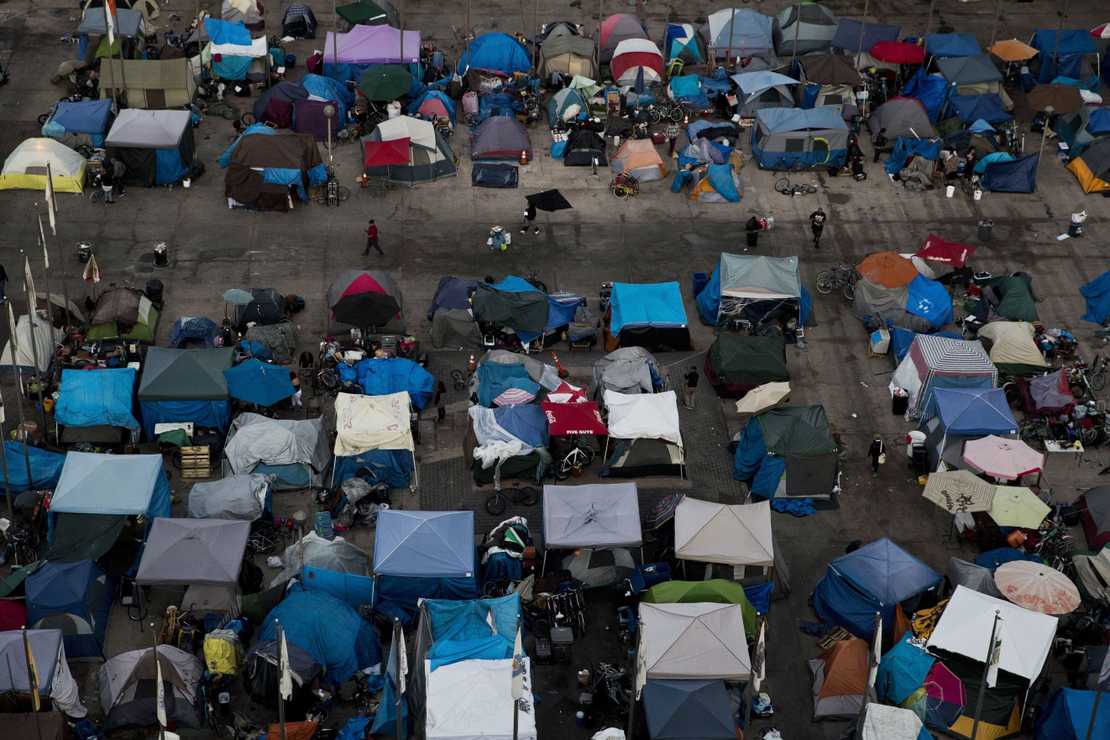 Crimes in the news lately are enough to make you want to lock yourself in your house and hide. Here are some examples from just the past week: in Los Angeles, a man walked into an upscale furniture shop on Thursday afternoon and stabbed a beautiful young grad student to death (he’s still at large); earlier that same day in L.A., a homeless man punched a nurse on her way to work so hard that she cracked her head on the pavement and died three days later; and on Saturday in New York City, still another homeless man shoved a woman in front of a subway train, killing her.

The recent rise in horrific violent crime has been rightly attributed to the scourge of leftist politicians, attorneys general, and district attorneys who institute antisocial policies such as the no-bail release of arrested criminals and decriminalization of just about anything less serious than premeditated murder or grand larceny. It’s true that these leftists return myriad criminals to the streets, where they unsurprisingly commit more crimes, but that’s not the whole reason for the increase in street violence.

Others point to the “defund the police” movement. The threat of life-destroying prosecution along with mobs and professional rioters with seemingly bottomless resources to menace their targets has certainly discouraged police officers from interfering with many criminals, especially in blue cities. And yes, this state of affairs has also demonstrably led to more violent as well as petty crime.

Related: Studies Show That Anti-Police Protests Have Led to Rise in Violent Crime

These factors surely contribute to the rise in violence, but they wouldn’t have any negative effect if everyone behaved socially. Sadly, there is an ever-increasing supply of violent criminals to take advantage of the path the left has cleared for them to prey upon citizens. While this is a vast, multi-faceted problem with no quick and easy solution, one way to help would be to reduce the number of potential murderers, rapists, and attackers. And one way to do this is to return to the common-sense public policy of separating from society those who pose a threat to themselves and others.

The scariest thing about the crimes I mentioned at the beginning of this article is that they were all unprovoked crimes against victims who had no interaction with their attackers. This random sort of violence is a hallmark of severe mental illness (SMI) in criminals. SMI is behind some of the other high-profile crimes in our society today, too. Take mass shootings, for example; the AMA Journal of Ethics reminds us that “James Holmes killed or wounded 70 people … Jared Loughner killed or wounded 19 people, and … Adam Lanza killed 28 including children as young as 6 years old.” All these shooters were “thought to have had severe mental illness at the time of their crimes.” SMI also expresses itself in the form of hate crimes, as paranoia needs a villain. People who commit hate crimes are often known to suffer from mental illness (except for white people who commit hate crimes, of course; they are always just racists).

In 2020, according to an estimate by the National Institute of Mental Health, 5.6% — 14.2 million — U.S. adults suffered from serious mental illness. And the problem is only getting worse, as 22% of U.S. adolescents were estimated to be severely impaired by mental illness. A quarter of the people who stay in homeless shelters wrestle with SMI, as do 37% of federal prisoners and 44% of jail inmates. To clarify, I’m not talking about the vast majority of mental illnesses, which are not uncommon and do not make the sufferer dangerous to others; I’m talking about the violent, untreated mentally ill who roam freely and commit violent crimes.

How did we get to this point, where we have an army of violently deranged people living on the streets and winding up in jail?

Most advanced societies throughout history have created institutions of some sort to segregate the mentally ill from the general public. This is certainly a fair policy for normal people who are trying to go about their lives. But in practice, it often meant the institutionalized lived in deplorable conditions. Additionally, people were sometimes “put away” by others who had personal, financial, or political motives. So asylums were always (rightly) susceptible to skepticism but understood to be necessary.

Then, in the 1960s, advances in antipsychotic medicine created speculation that the severely mentally ill would be able to live an unconfined life in society again. Also beginning at this time, the large public mental health facilities, which had chiefly been financed and run by the individual states, began to be influenced by changes in financial policy. There were also a series of legal decisions over the years that chipped away at civilians’ right to enjoy a secure, peaceful society. And finally, the injection of federal money and policy into the mental health system eventually wrested the operation of large institutions away from the states that had traditionally maintained them. Medicaid incentivized states to close their facilities, and in 1981, the federal government ceased funding in-patient facilities and forced the mentally ill onto the community.

Today, these mothballed institutions can be found in almost every state, as can the criminally insane. Wouldn’t it be awesome if we could get these two together?

Re-institutionalizing the dangerous mentally ill will take years of policy shifts, court battles, and funding reallocations. It will be a heavy lift, but Americans are reaching a boiling point in their frustration with rampant crime. If any pollsters cared to take the temperature, I bet they’d find public opinion firmly in favor of moving society back towards the creation and maintenance of in-patient secure facilities for people who are a threat to themselves and others. Heck, re-institutionalization might even make a good issue for the upcoming campaign season.

It’s hard to imagine why anyone would be against returning to sane policies that protect both the innocent and the stricken from the ravages of SMI. It’s time to re-institutionalize the dangerous mentally ill.

What 2 Pro-Life Women Saw in Wake of Pro-Abortion Extremists’ Attacks
CROWDER: How We CRUSH the Gun Grabbers!
How the Left Is Trying to Deflect Blame for High Gas Prices
Cramer’s lightning round: Signet Jewelers is a buy
After the ‘hippie’ bus and the Beetle, VW has its eyes on America once again