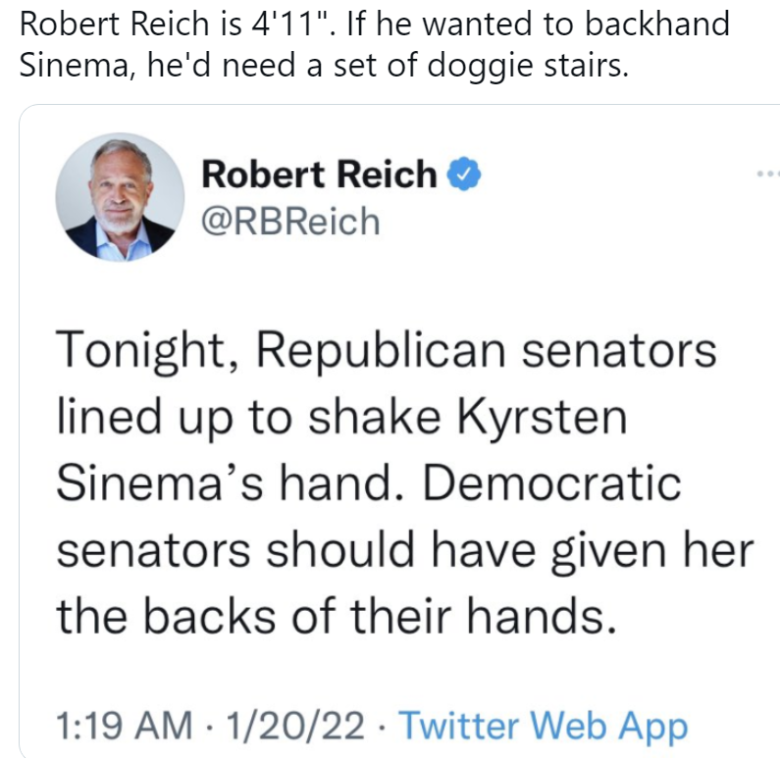 “Tonight, Republican senators lined up to shake Kyrsten Sinema’s hand,” the now-deleted tweet read. “Democratic senators should have given her the backs of their hands.”

Robert Reich is 4’11”. If he wanted to backhand Sinema, he’d need a set of doggie stairs. pic.twitter.com/GY04IzCufX

In July 2021, Reich tweeted “’The issue is [about] a culture of accepting violence and violent language against women, and an entire structure of power that supports it,’ – @AOC I implore all men to let this sink in, and ask yourself how you’re going to upend that power structure.”

Commentators immediately took to Twitter to mock the former labor secretary’s new stance on violence against women, with Spectator editor Stephen Miller commenting “Feminists sure got quiet on this one.”

Sinema, along with Democratic West Virginia Sen. Joe Manchin, voted against abolishing the filibuster, blocking the effort to change Senate rules so that Democrats could impose a federal takeover of elections. Neither of the Democrats’ proposed voting reform bills passed.