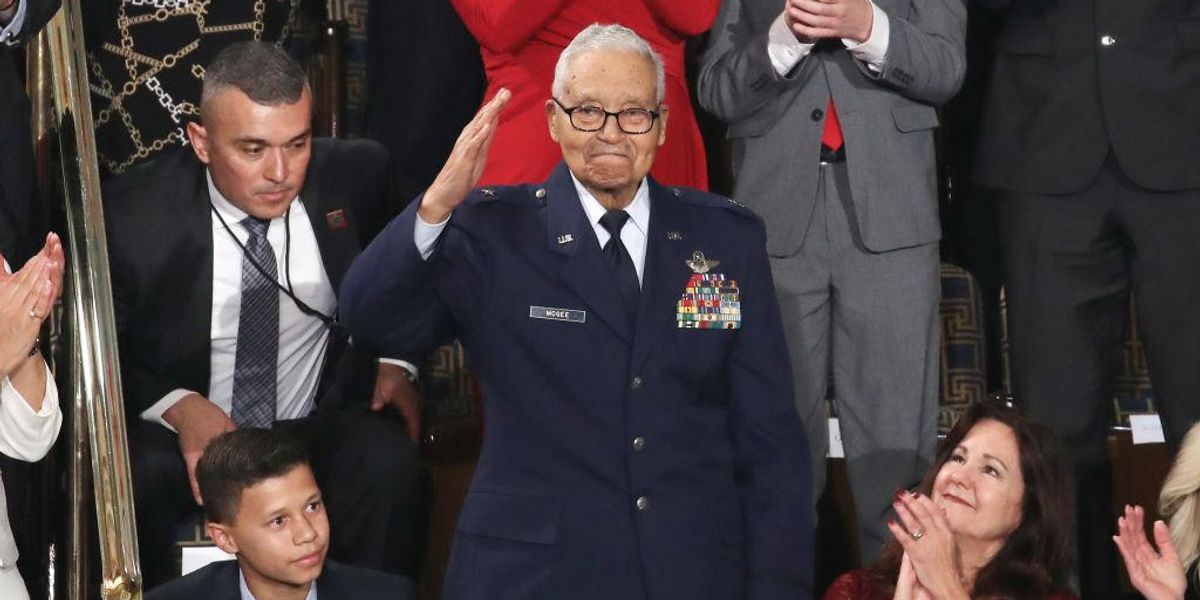 Veteran pilot Charles McGee, a Tuskegee Airman who served the nation during World War II and later went on to fly missions in the Korean and Vietnam wars, passed away on Sunday at the age of 102-years-old.

According to the organization, McGee had said that the Tuskegee Airmen “proved wrong those that believed Blacks were not able to master sophisticated equipment, that Blacks lacked courage, or that Blacks did not have the wherewithal to fight a determined enemy. It was the Tuskegee Airmen that ended up with a stellar WWII aviation war record and thereby edged the military toward integration and America away from segregation.”

While McGee retired from the Air Force as a colonel in 1973, according to the Associated Press, more than four decades later he was given “an honorary commission promoting him to the one-star rank of brigadier general,” the outlet noted.

Then-President Donald Trump recognized McGee during the 2020 State of the Union address.

“Like you, I am pleased that America has put segregation and other forms of racial discrimination behind us,” McGee wrote, according to the Smithsonian National Air and Space Museum. “But I am bothered that so few young people understand World War II history, including the unique contribution of the Tuskegee Airmen. It’s important for our young people to not only know where our country is going, but also where it’s been. And, in the case of the Tuskegee Airmen, their hope of being allowed to fly and fight for their country, their goal of training to be the best fighter pilots while overcoming unbelievable odds, and their example still ring true today.”

Today, we lost an American hero. Charles McGee, Brigadier General and one of the last surviving Tuskegee Airman, passed at the age of 102. While I am saddened by his loss, I’m also incredibly grateful for his sacrifice, his legacy, and his character. Rest in peace, General.pic.twitter.com/3GLNbfRHs7