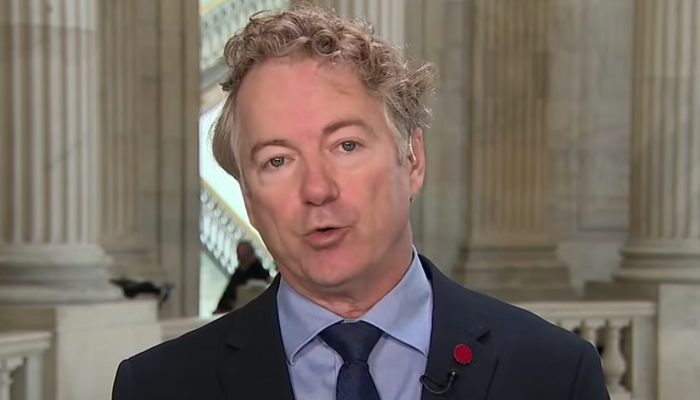 YouTube censored Sen. Rand Paul (R-KY) for questioning the COVID-19 narrative around what masks are effective at stopping disease transmission.

Earlier this month, he shared a breaking story from the Centers for Disease Control and Prevention conceding cloth masks are less effective, and demanded an apology from YouTube.

Paul didn’t shy away from calling out Big Tech for censoring what turned out to be true. “Does this mean snot-nosed censors at YouTube will come to my office and kiss my … and admit I was right?” Paul remarked in a Jan. 15 tweet. He shared a link to a New York Times article headlined “The C.D.C. concedes that cloth masks do not protect against the virus as effectively as other masks.” The article explained that the CDC “clarified” its stance on masks “acknowledging that the cloth masks frequently worn by Americans do not offer as much protection as surgical masks or respirators,” while noting in clear terms: “the update marks the first time the C.D.C. has explicitly addressed the differences.” 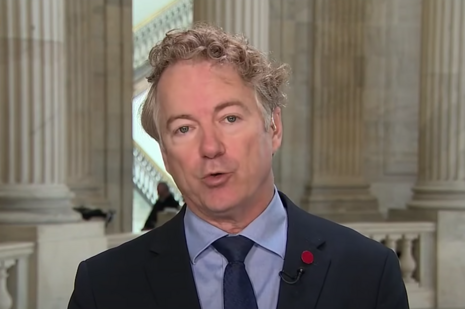 The debate regarding the efficacy of masks was the breaking point for Paul’s use of Big Tech video streaming platforms.

Paul left YouTube for a new start on Rumble earlier in January where he has been posting video content. In a Jan. 3 press release, Paul declared his “exodus from Big Tech” starting “with the worst censor of all, YouTube,” which censored his skepticism over cloth masks and COVID-19:

“Over the last year, YouTube has continued to wage its dangerous, anti-progress of science war against free speech, choosing to act in lockstep with government and ban videos posted by Dr. Paul that dared to contradict the government’s position. These videos included conversations with journalists where he discussed the efficacy of masks, particularly cloth masks, and a video explaining the science behind why cloth masks don’t work.”

YouTube is one of the branch companies owned by Alphabet, which has reportedly been called out by ethics watchdog group the National Legal and Policy Center (NLPC), one of its major shareholders, for censoring on behalf of the Biden administration.

The Washington Free Beacon quoted NLPC Chairman Peter Flaherty as he skewered Big Tech for being all too quick to censor, particularly when controversial information in a developing crisis turns out to be true: “The administration keeps labeling certain information about the pandemic ‘disinformation,’ and gets it yanked off social media, only to later embrace the same information.”

Big Tech infamously censored the Wuhan lab leak origin theory of the COVID-19 pandemic until the theory emerged as the premier probable explanation in a matter of months, all the while disgraced fact-checkers underwent a crisis of credibility.

Conservatives are under attack. Contact YouTube at (650) 253-0000 and demand that Big Tech mirror the First Amendment while providing transparency, clarity on “hate speech” and equal footing for conservatives. If you have been censored, contact us at the Media Research Center contact form, and help us hold Big Tech accountable.