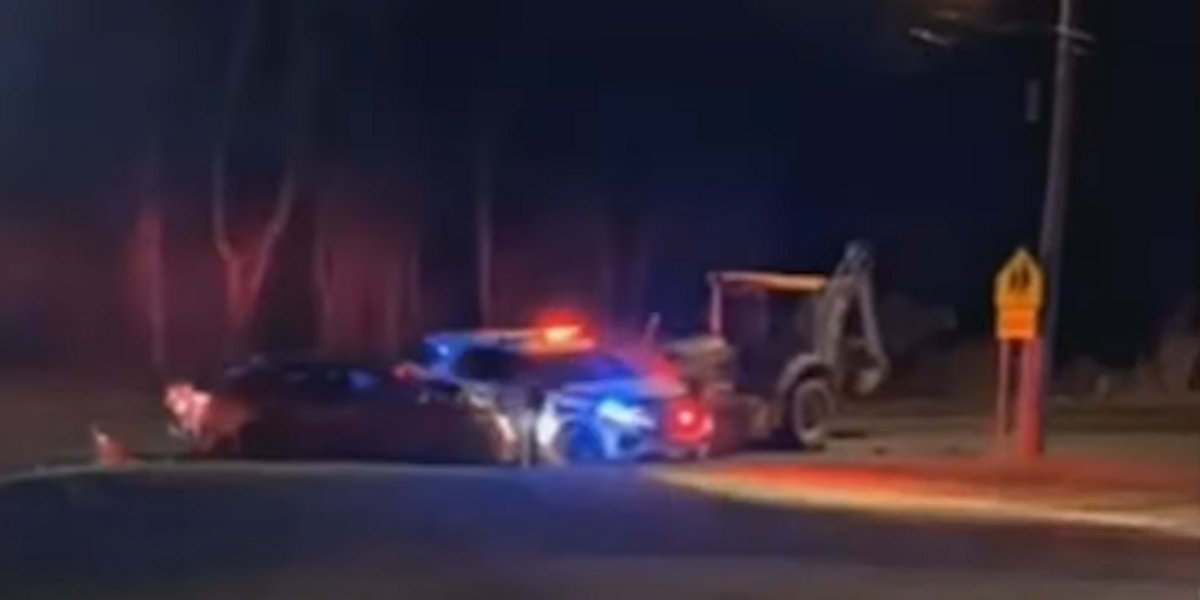 Dramatic video shows a man carrying out a dangerous rampage by wildly driving a backhoe through a New Jersey town. Police fatally shot the driver after he plowed into multiple vehicles and homes in Vineland last month.

The New Jersey Attorney General’s Office released bodycam and witness videos of the frenzied backhoe attack on Thursday. The rampage took place around 5 a.m. on Dec. 18, 2021.

For 30 minutes, police officers attempted to stop the driver – Joshua Gonzalez, of Millville. During that time, Gonzalez, 20, used the construction backhoe to cause extensive damage to several homes, three police cars, an ambulance, and an occupied civilian vehicle.

A 911 operator is heard asking an eyewitness, “So, he’s trying to hit a building?” The caller responded, “That’s what it looks like. Everyone just ran inside.”

In a police bodycam video, a bystander is asked by police if she is okay, she frantically replies, “No, I’m not. I’m in shock. I was going to work.”

“The backhoe was hitting the red car, just kept hitting it. Then within a span of maybe like three to five minutes, an ambulance pulled up, and then the ambulance pulled into the driveway,” neighbor Nykatora Holley told WPVI-TV. “Within another two minutes, he knocked it down and there was a bunch of smoke and crashing.”

“He’s going into houses, dude, we gotta do something now,” a police officer declares.

Video shows Vineland Police Sgt. Louis Platania running towards the backhoe before raising his gun and firing four times. The backhoe crashed into a tree.

Medical aid was provided by officers and emergency medical personnel to Gonzalez, but he was pronounced dead at the scene at 5:48 a.m.

Three Vineland police officers suffered minor injuries during the incident. They were all treated and released.

Investigators met with Gonzalez’s family. The attorney general’s office did not provide a possible motive for the rampage.

The fatal police shooting remains under investigation by the Office of Public Integrity and Accountability, which is under the New Jersey Attorney General’s Office.