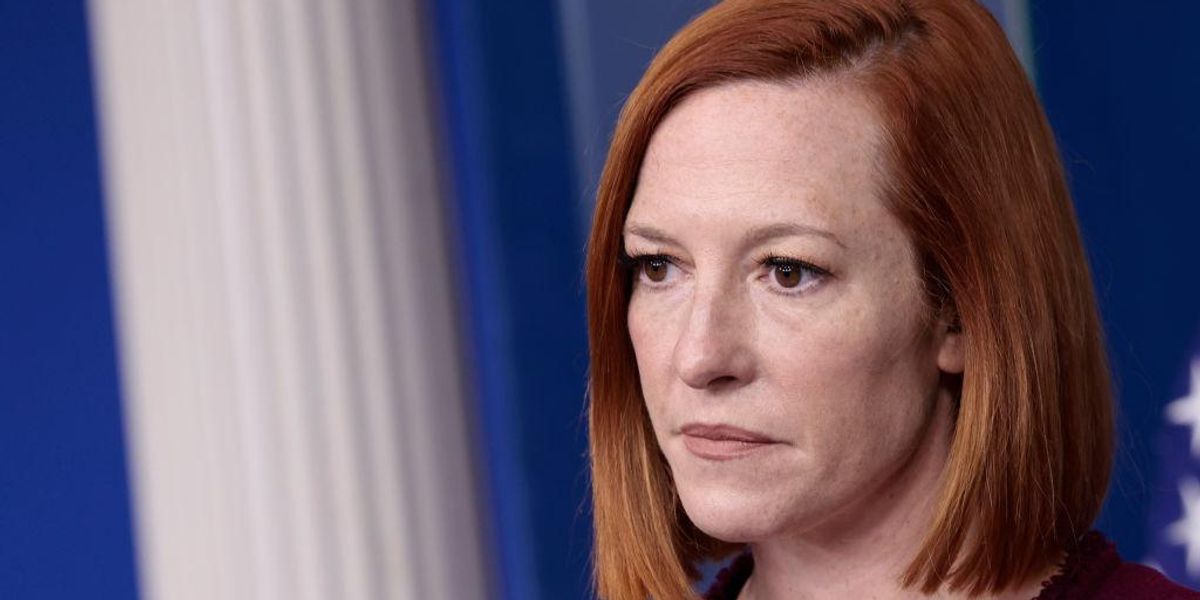 The Biden administration suffered a nightmare week as key agenda items were derailed.

The Supreme Court stopped President Joe Biden’s vaccine mandate for large businesses dead in its tracks, Arizona Democratic Sen. Kyrsten Sinema declared that she would never vote with her party to end the Senate’s 60-vote filibuster requirement, his Build Back Better and voting rights plan are at congressional dead ends, the consumer price index surged by a whopping 7% over a one-year period — the largest 12-month increase in nearly 40 years — and his approval rating hit a new low of 33%.

Left-leaning legacy media outlets are turning on Biden. Even CNN said Biden had a “week from hell.”

CNN says Biden has had a u201cweek from hell.u201dnnu201cBiden has had a very tough week with setbacks for his agenda, COVID complications, the Supreme Court blocking his vaccine mandate, inflation, and international turmoil.u201dpic.twitter.com/jiQgwxBPir

Biden himself acknowledged that a lot needs to be done.

“There’s a lot of talk about disappointments and things we haven’t gotten done,” Biden said on Friday. “We’re gonna get a lot of them done, I might add.”

White House press secretary Jen Psaki attempted to defend Biden’s stalled agenda this week by pivoting to “what we were able to accomplish.”

On Thursday, Bloomberg’s White House correspondent Justin Sink listed all of the recent shortcomings of the Biden administration.

“I mean, frankly, things just seem like they’re going pretty poorly right now for the White House,” Sink said. “You know, Build Back Better is being blocked. Voting rights is being blocked. Diplomatic talks with Russia doesn’t seem to have brought us back from the brink of war. Inflation is at a 40-year high. The virus is setting records for infection.”

Sink said the administration is in “pretty rough shape.”

“I’m wondering, at what point do you take stock and say that things need to change internally, whether it’s your outreach with the Hill, whether it’s the leadership within the White House,” Sink told Psaki. “You seem to be stymied on an incredible number of fronts right now.”

“Well, let me give you a little bit of a different take on this,” Psaki pivoted. “More than 200 million people are vaccinated. We’ve had record job growth, record low unemployment rates — historically, in this country, over the last year.”

Psaki said the U.S. is working with allies on the situation with Russia, and threatened Vladimir Putin with “crippling economic sanctions.”

She then blamed a “small margin and threshold in the Senate” for why Biden hasn’t been able to get legislation passed.

Sink then took Psaki’s positive messaging and used it against her.

He asked Psaki, “So, the sense is things are going well; there’s no need for change right now?”

Psaki responded, “I think that having worked in a White House before, you do hard things in White Houses. You have every challenge at your feet — laid at your feet, whether it’s global or domestically.”

Psaki then sneered, “And we could certainly propose legislation to see if people support bunny rabbits and ice cream, but that wouldn’t be very rewarding to the American people.”

Please enjoy this reporter just SAVAGING Biden with this BRUTAL question listing Biden’s utter failures for over a minute STRAIGHT as Psaki is forced to listen while she awkwardly smirksnnWATCH THIS.pic.twitter.com/sXEFH1LNKN

Friday’s White House press conference was also no picnic for Psaki as Fox News White House correspondent Peter Doocy fired off a list of recent Biden administration failures. Doocy also questioned why Biden’s “decades of D.C. experience” had yet to pay dividends one year into his presidency.

“President Biden promised to bring decades of D.C. experience to the Oval Office, but Build Back Better has not passed, voting rights apparently not going to pass, and vaccine requirements that he likes are apparently illegal,” Doocey said. “What happened?”

Psaki once again was unable to defend Biden’s flurry of major setbacks and sidestepped the question.

“Well, first, Peter, I would say if you look back at last year and what we were able to accomplish — that includes getting the American Rescue Plan passed — a package that has contributed to cutting childhood poverty by 40%; has helped ensure we are moving at a faster pace toward economic growth, toward a record-low unemployment rate; helped ensure schools — more than 95 percent — are open across the country,” Psaki deviated.

“He also pressed, despite skeptics, to get a Bipartisan Infrastructure Bill passed — one that we have just — we’re just announcing today,” Psaki continued. “The fact that 15,000 bridges are going to be repaired — that was despite many skeptics. And because of his efforts, 200 million Americans are now vaccinated.”

DOOCY TIME, part 2: “Biden promised to bring decades of D.C. experience to the office, but Build Back Better has not passed, voting rights apparently not gonna pass, and vaccine requirements that he likes are, apparently, illegal. What happened?”pic.twitter.com/wwybN71tv5