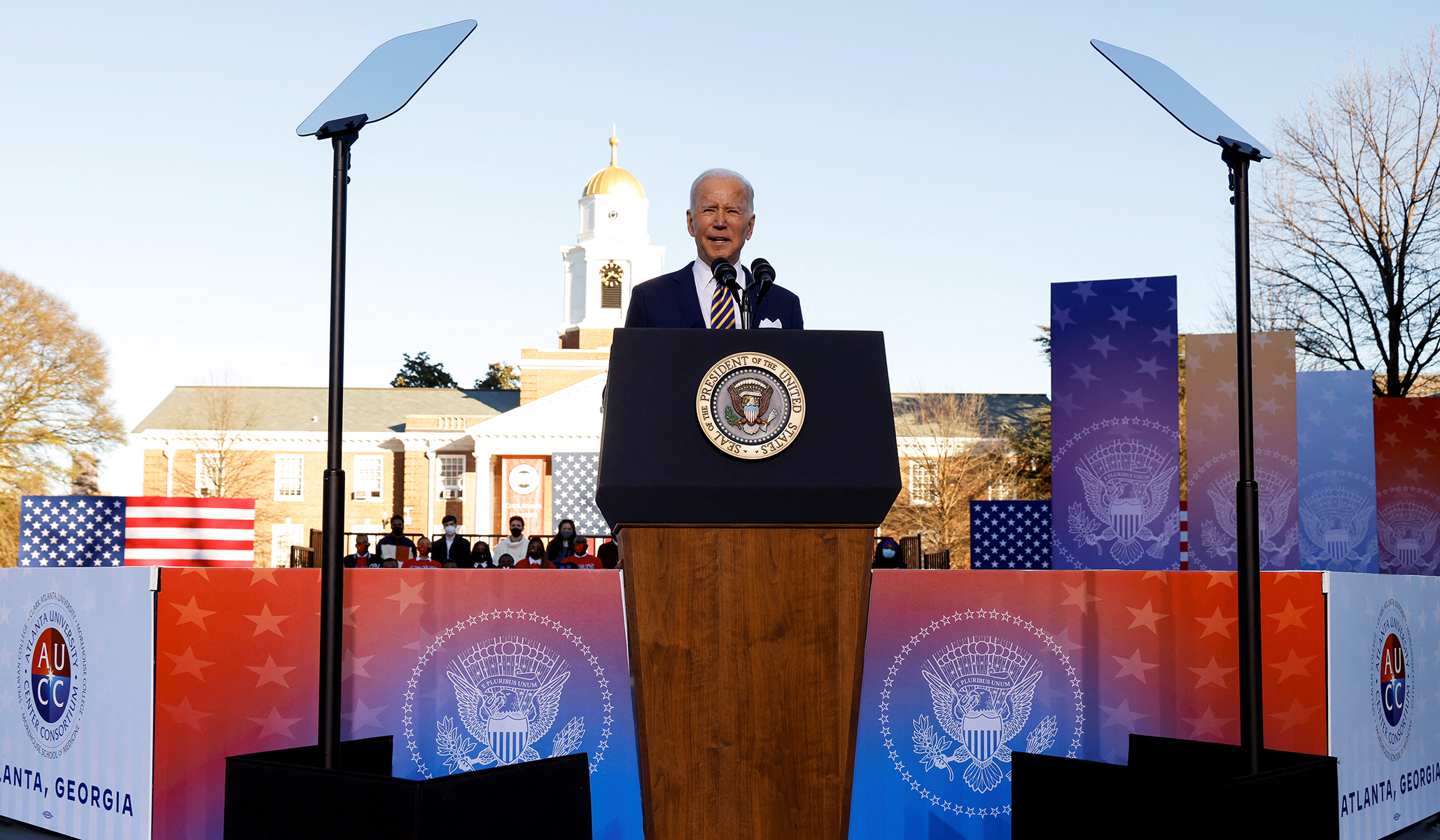 This week showed the scale of the challenge we face. In 2020, Donald Trump tried to use the Electoral Count Act to steal the presidential election. Now, cynical Republicans want to distract and divide us by fixing it. We must not let them get away with this. If we are truly to remedy this problem, then recalcitrant Democrats such as Joe Manchin and Kyrsten Sinema must show some independence of mind and fall neatly into line with the rest of their party. It is only when public figures use their votes to realize the desires of other people that our democracy will be saved.

Diversity is our strength. But unless we are united, that diversity is meaningless. With your help, we can fill the next Congress with inspiring bisexual women such as Kyrsten Sinema, and then demand that they follow a set of partisan instructions issued by white men such as Chuck Schumer and Joe Biden.

As President Biden explained this week, there are just two sorts of people in the United States: Americans who are loyal to his agenda, and Jefferson Davis. To help end the division that his critics have caused, we are asking you to chip in $5, $20, or whatever you can afford, so that we can primary competitive Democrats during the coming Republican wave, and send the rest to Nikki Fried down in Florida.

R Kelly sentenced to 30 years in prison – as survivors confront him over ‘despicable’ abuse
NASA begins return to the moon with low-cost CAPSTONE mission, launched by Rocket Lab
‘Morning Joe’: ‘Dramatic’ January 6 Hearings Showed Meadows Was Like Pilate as Christ Was Crucified
‘You sons of b***hes’: Jordan Peterson refuses to bend the knee to ‘toxic’ Twitter, says he’d ‘rather die’ than delete tweet about transgender actor Elliot Page
China Is More Dependent on U.S. And Our Technology Than You Think