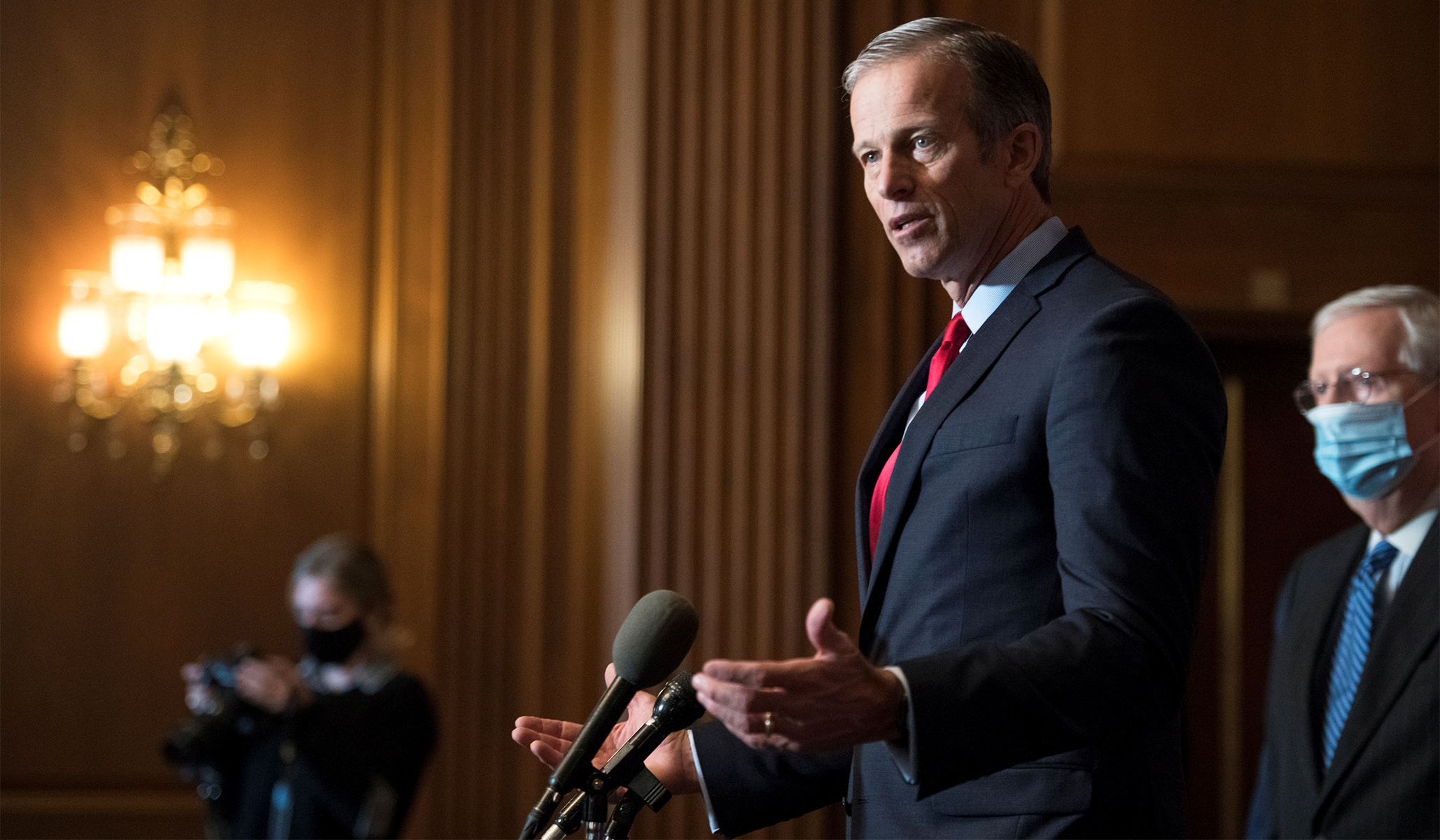 Senate minority whip John Thune (R., S.D.) said former president Trump’s spurious claims that the 2020 election was stolen will not be helpful for Republicans in the midterms, in comments to Fox News published Saturday.

“To the degree that President Trump can be helpful, can contribute to” helping Republicans take back the Senate, “we welcome that,” Thune told Fox. “But I think any time we’re talking about the 2020 election and rehashing that, it takes our eyes off the ultimate prize.”

Thune added, “We welcome the former president’s support of that, but would hope that he would play a constructive role and contribute to helping us win the majority back in 2022.”

The comments were published a week after South Dakota junior senator Mike Rounds, also a Republican, called the 2020 election “fair” in an interview on ABC’s This Week, prompting backlash from Trump.

“Is he crazy or just stupid?” Trump said of Rounds in a statement.

Regarding criticism Rounds received for acknowledging the results of the election, Thune commented, “I say to my colleague, ‘Welcome to the club.’” Thune received backlash in December of 2020 when he said an effort to block certification of the election results was “going down like a shot dog.”

Thune announced on January 8th that he will be seeking a fourth term in the Senate this year, and Thune told Punchbowl News he is “interested” in taking Mitch McConnell’s (R., Ky.) place as the top Senate Republican.

“Obviously, nobody knows when [McConnell] is departing and we all hope he stays. But obviously it’s something I’m interested in,” Thune said.

White House Apologizes To Democrats For Following The Law
SHOCK: NBC Reports Hunter Biden ‘Under Growing Scrutiny’ Over His Finances
Russian oil revenues up 50% as Western sanctions on oil exports prove ineffective
Yes, the Left Has Gone Too Far With Transgender Ideology—Even Bill Maher Sees It
Nets Ignore News FBI Knew Trump-Russia Collusion Was a Hoax All Along