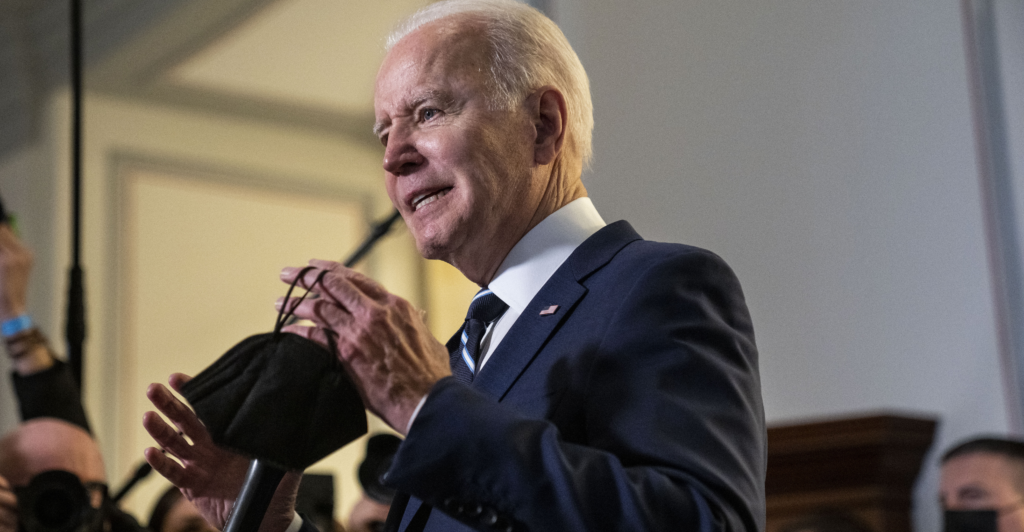 “The Supreme Court has stood up for small businesses by staying this illegal employer vaccine mandate,” said Alfredo Ortiz, president and CEO of Job Creators Network. “The court has confirmed what JCN has long argued: OSHA [the Occupational Safety and Health Administration] does not have the authority to implement this sweeping regulation that will burden American businesses, including many small businesses, with new costs and exacerbate the historic labor shortage.”

The mandate for businesses comes from the Occupational Safety and Health Administration, an agency of the Labor Department, and was to go into effect Monday.

It added: “Requiring the vaccination of 84 million Americans, selected simply because they work for employers with more than 100 employees, certainly falls in the latter category.”

Judicial Crisis Network President Carrie Severino said in a statement that the court was correct in striking down the mandate, which she called the Occupational Safety and Health Administration’s “power grab.”

“It was disappointing to see Justice Kavanaugh join the court’s majority opinion upholding the [Centers for Medicare & Medicaid Services] mandate,” Severino said. “As Justice Thomas explained in his dissent, joined by Justices Gorsuch, Alito and Barrett: ‘Had Congress wanted to grant CMS power to impose a vaccine mandate across all facility types, it would have done what it has done elsewhere—specifically authorize one.’”

“We’re now seeing a pattern of regulatory overreach from the Biden administration,” Severino added. “Last year the court described the [Center for Disease Control and Prevention’s] stretching of the Public Health Service Act to enact its eviction moratorium [as] ‘unprecedented’ and ‘a wafer-thin reed on which to rest such sweeping power.’”

A slew of state attorneys general also celebrated the ruling, which they almost unanimously hailed as a “huge win” for Americans and their businesses and organizations.

“Private employers are now free from an illegal, unconstitutional OSHA vax mandate,” Texas Attorney General Ken Paxton said in a statement. “Very happy to see the mandate blocked again after we got the same win in the 5th Circuit last month.”

Missouri Attorney General Eric Schmitt noted that “while we’re disappointed in the court’s ruling on the health care worker vaccine mandate, that fight is far from over.”

“We will continue to work to ensure that rural hospitals and nursing homes are able to provide critical care to Missourians,” he added.

A mandate is the last thing that small businesses trying to recover from “almost two years of significant business disruptions” need, according to Karen Harned, executive director of the Small Business Legal Center of the National Federation of Independent Business.

“We are optimistic that the courts will ultimately agree with us that OSHA does not have the emergency authority to regulate the entire American workforce,” she said.

The Heritage Foundation was among those filing lawsuits challenging the Biden administration mandate in late November.

Jessica Anderson, executive director of  the think tank’s grassroots organization Heritage Action for America, said in a written statement that the Supreme Court decision confirms that the president’s mandate for private employers  is “unlawful and a blatant abuse of power from the Biden administration.”

“His mandate put the federal government in charge of the personal medical decisions of millions of Americans and destroyed every American’s privacy,” Anderson added. “The justices were right to take this threat to our individual liberties seriously and put an end to this authoritarian mandate.”

Biden expressed frustration that the court had ruled against him in a Thursday afternoon statement, though he praised the court for upholding the requirement for health care workers.

“I am disappointed that the Supreme Court has chosen to block commonsense lifesaving requirements for employees at large businesses that were grounded squarely in both science and the law,” he said. “This emergency standard allowed employers to require vaccinations or to permit workers to refuse to be vaccinated, so long as they were tested once a week and wore a mask at work: a very modest burden.’

“As a result of the court’s decision, it is now up to states and individual employers to determine whether to make their workplaces as safe as possible for employees, and whether their businesses will be safe for consumers during this pandemic by requiring employees to take the simple and effective step of getting vaccinated,” Biden continued.

Biden called on business leaders to “join those who have already stepped up” and mandate COVID-19 vaccines for their workers.

“We have to keep working together if we want to save lives, keep people working, and put this pandemic behind us,” the president said.