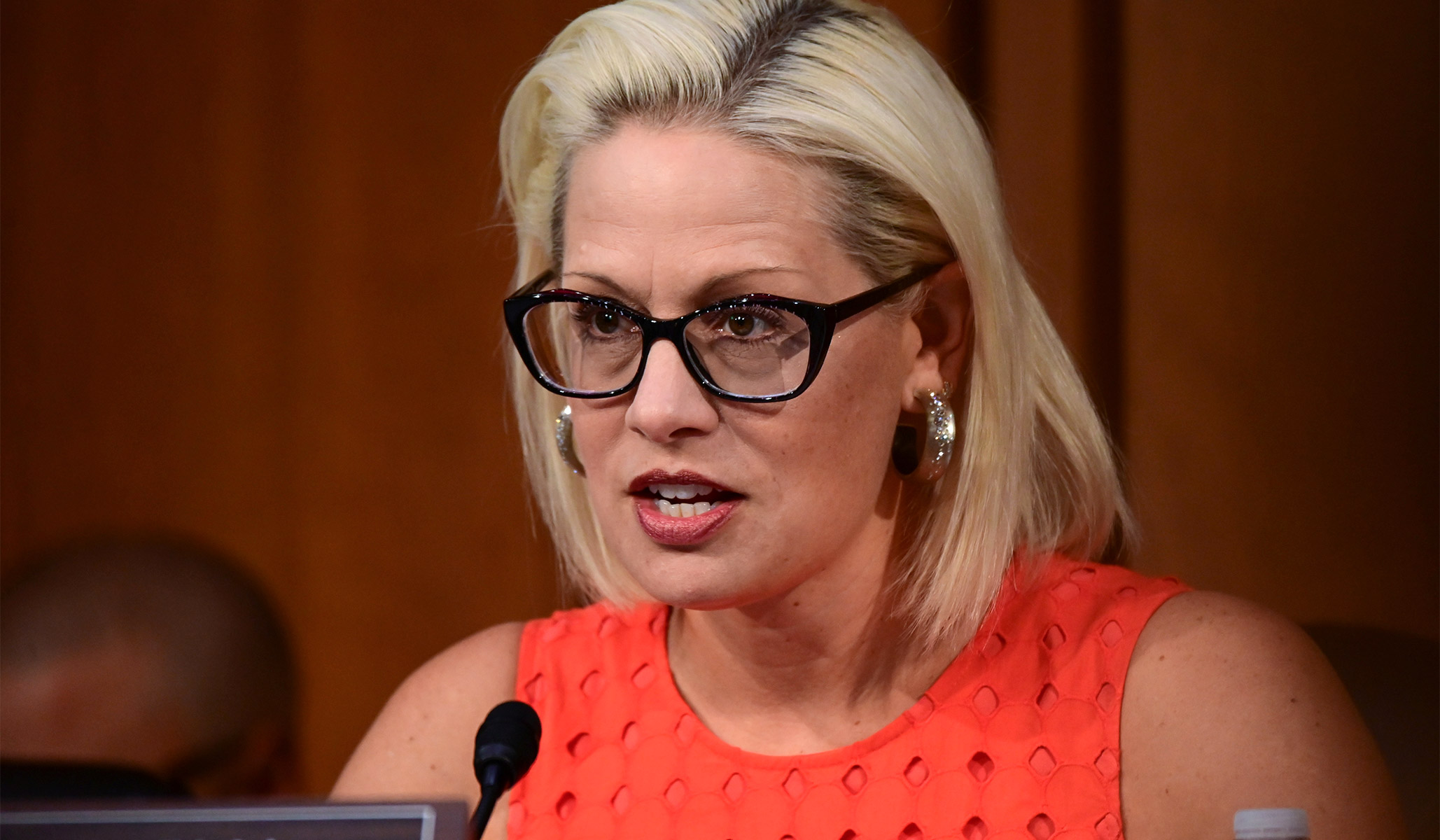 Democratic congressman Jamaal Bowman of New York calls Arizona Democratic senator Kyrsten Sinema a “traitor” to “our democracy” for refusing to vote to override the Senate’s 60-vote threshold for legislation:

Hero: a person who is admired or idealized for courage, outstanding achievements, or noble qualities.

Traitor: a person who betrays a friend, country, principle, etc.

John Lewis is a hero, you are a traitor to his legacy, your constituents and our democracy. https://t.co/bS8PW6QwcB

Such extreme attacks were all too predictable, as I noted on the home page:

Why did Democrats wait to launch their assault on the filibuster until now?

The “voting rights” bills were put on the back burner while Democrats pursued legislation that had a chance of passing — from the $1.9 trillion “COVID relief” bill to the infrastructure bill to the currently stalled-out “Build Back Better” bill. But now it’s time to placate left-wing donors and the progressive base. Schumer is reportedly worried about the possibility of a left-wing primary challenger (the filing date for the primary is April 7).

Holding a failed vote to nuke the legislative filibuster will not help Biden and congressional Democrats improve their standing among independents — indeed it could hurt them — and it’s not clear it will help fire up the progressives instead of demoralizing them. The impending failed vote now looks more like an attempt to blunt criticism of Biden and Schumer from their left flank: Don’t blame us, they’ll say, it’s Joe Manchin’s and Kyrsten Sinema’s fault for siding with the racists and enemies of democracy.

Iowa congresswoman Abby Finkenauer, who is running for the Senate, calls Sinema a “sellout” — which is an odd attack for one of the few members of the Senate whose support for the filibuster has remained consistent regardless of which party is in power.