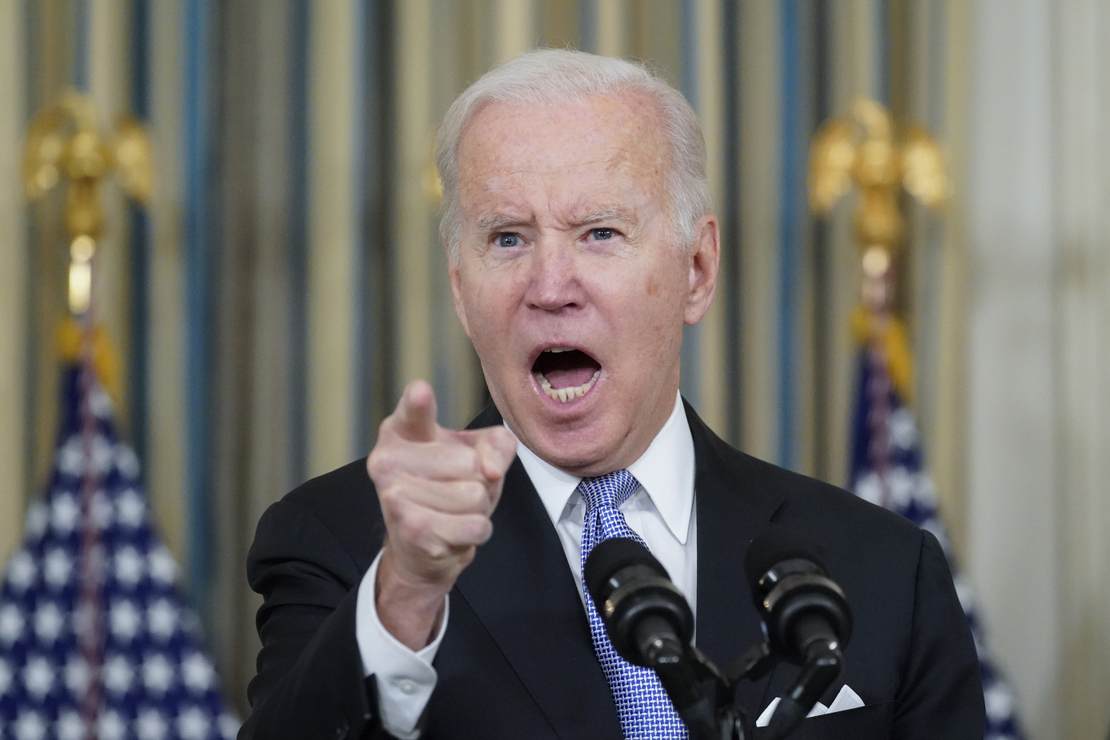 Donald Trump took office in 2017 with approval ratings underwater. His RealClearPolitics average on his first full day in office was -8.1. As a result, many have speculated that pollsters weren’t properly capturing Trump’s support in their surveys. Regardless, by historical standards, Trump’s approval ratings were never good. By comparison, Joe Biden took office with a RealClearPolitics average of +19.5.

We can argue the accuracy of polling until we’re blue in the face, but those are the numbers. Still, the fact is that Biden came into office with good approval ratings despite the controversy over the integrity of the 2020 election.

But Biden squandered the goodwill of most Americans by being the exact opposite of what he campaigned as. He wasn’t the competent, empathetic leader who promised to unite the country, and his approval ratings gradually decreased for months before his botched withdrawal from Afghanistan sent them diving underwater. As former Obama advisor David Axelrod noted at the time, Biden’s botched Afghanistan withdrawal “cuts against some of his core perceived strengths: competence, mastery of foreign policy, supreme empathy. It’s as if his eagerness to end the war overran the planning and execution.”

Afghanistan eventually left the front pages, but Biden’s problems continued. Perhaps the most significant thing weighing him down now is his utterly incompetent response to COVID. Having promised to “shut down the virus,” we’re currently experiencing record cases, and the Biden administration seems clueless. Having banked his entire COVID strategy on the vaccines, the Biden administration was seemingly blindsided by the appearance of new variants and failed to order COVID tests before the winter.

On Wednesday, a new Quinnipiac University poll showed Joe Biden’s approval rating at just 33%—a decline of 3 points since November. Democrats still seem to have some faith in him, as 75% of them approve of the job he’s doing, but even that is down from 87% back in November.

In fact, according to Gallup, Biden has had the biggest drop in support of any president in his first year since World War II. Biden’s approval in the first quarter of 2021 was 56% and plummeted to 44.7% in the third quarter—a decline of 11.3 points. The only other president to see a double-digit dive in approval over the same period of his presidency was Barack Obama, whose approval dived 10.1 points. Trump’s approval rating only declined 4.4% over the same period of his presidency.

Biden’s approval rating in the aforementioned Quinnipiac poll is lower than Trump’s approval in the same survey at the same point in his presidency. “A Quinnipiac survey released in January 2018 gave Trump an approval rating of 36%, while 59% of respondents disapproved of the job he was doing,” reports Newsweek.

This is a stunning milestone for Biden. Whether or not you believe Trump’s presidential approval ratings weren’t accurate or not, this new Quinnipiac poll shows how dire the situation is for Biden. The 2022 midterms are coming up in November, and Biden has very little to brag about, giving voters even less reason to support Democrats at the ballot box and more reason to give Trump another chance.

Some consumers are cutting back on restaurant spending, but CEOs say not all chains are affected
Chairman of the Lancet’s COVID-19 Commission ‘pretty convinced’ pandemic’s origin from ‘US lab biotechnology,’ suggests governments aren’t investigating because even more ‘dangerous research underway right now’
Bed Bath & Beyond is discontinuing a private brand as it tries to reverse declining sales
The Fight Against LGBTQ Groomers Is Winnable
Russia Is Slowly and Methodically Wiping Out the Ukrainian Army – No Counter Attack Has Occurred