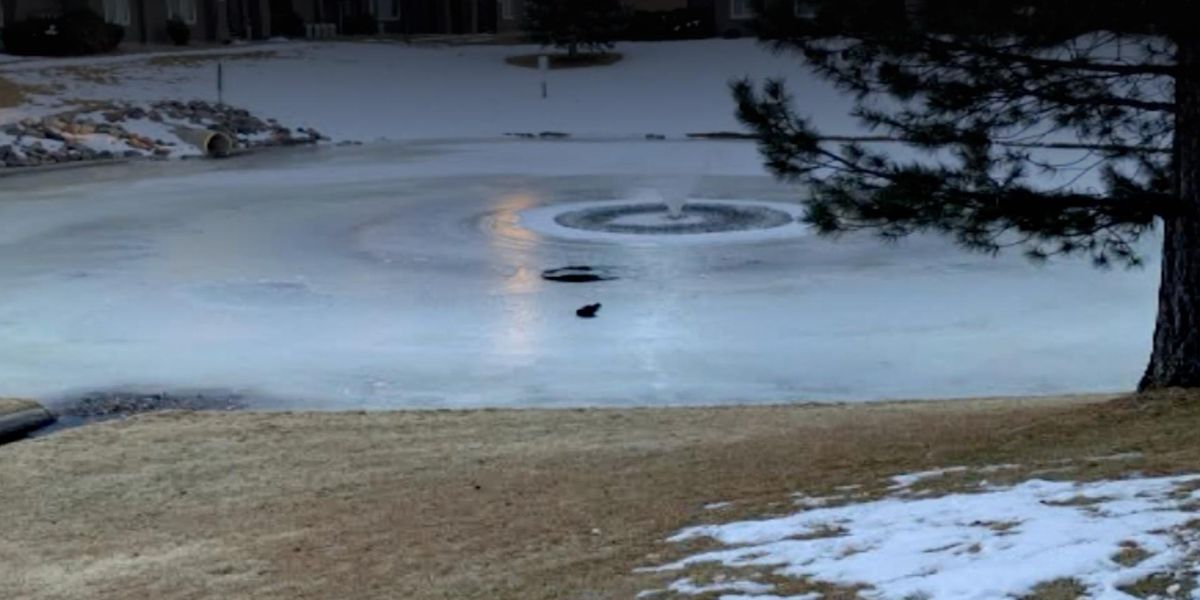 Three Colorado children are lucky to be alive after falling into an icy pond over the weekend.

According to KCNC-TV, 23-year-old Dusti Talavera was looking out the window of her Arapahoe County kitchen on Sunday when she saw three children fall through the ice and into a deep pond near her home.

“I was looking out my window and saw the kids fall in,” Talavera recalled. “Before I realized it, I was on the pond pulling the two kids out, and that’s when I fell in the pond for the third kid.”

Talavera told the station that she didn’t hesitate — and knew it was imperative that she act fast.

Two of the three children made it safely out of the pond, the station reported, but the third child — a 6-year-old girl — was not breathing by the time Talavera was able to pull her from the pond and onto the sidewalk.

According to KUSA-TV, a 16-year-old boy — a cousin of the 6-year-old girl — ran to help the 23-year-old and threw out a rope to help her pull herself and the little girl out of the water.

Not only was the child not breathing at the time, she also was reportedly without a pulse.

First responders quickly arrived on the scene and began CPR on the unconscious child.

The unnamed child was taken to a local hospital for treatment and was ultimately transferred to Denver Health and admitted in serious condition. She is expected to recover.

“I have four boys, and what she did was amazing,” Sutton said, according to KUSA. “We were back at the fire station talking about how brave she was, how great the officers did. I hope that if this happened to one of mine, somebody like her was close by.”

Local officials say that it’s important for children to stay off icy ponds — especially when the thickness of the ice is unknown.

Joe Biden says he’s open to meeting with Kim Jong Un during his trip to South Korea
‘Do not vote for the worst Mom ever’: Florida state Sen. Kelli Stargel’s daughter wants to tank her mom’s bid for US Congress
‘I didn’t want to let go of my kids this morning’: Grief, love, kindness and anger over Texas school killings
Goodfellas actor Ray Liotta dies aged 67 as he shoots new movie in Caribbean
Morgan Freeman among 963 Americans banned from entering Russia