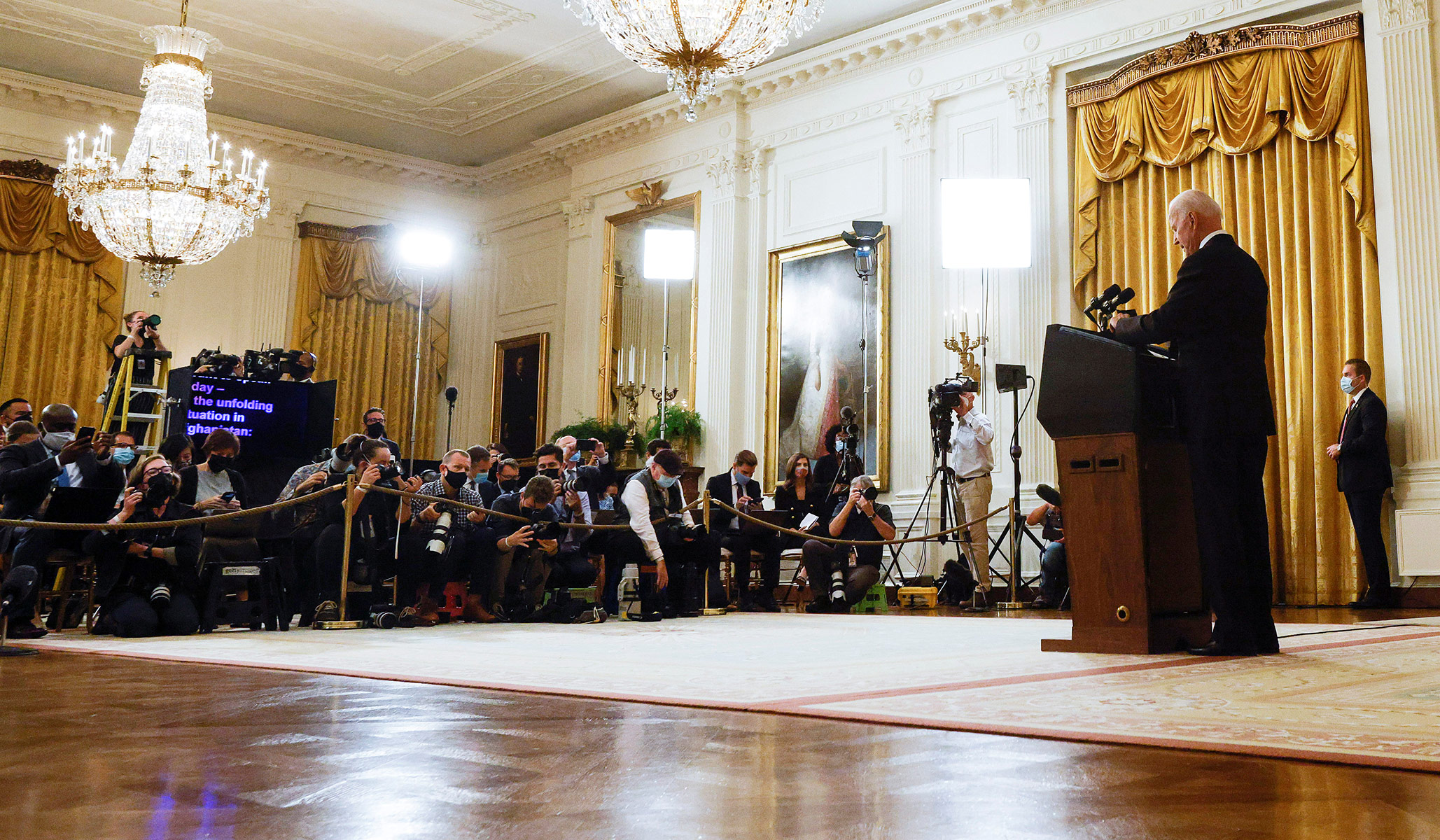 Joe Biden, Kamala Harris, and their allies have set the malarkey meter all the way to 11 lately in their push to abolish the filibuster so the Senate can pass two sweeping, radical bills federalizing and dramatically remaking voting and elections across the country. Biden’s description of the January 6 Capitol riot, for example: “a dagger was literally held at the throat of American democracy.” Literally.

Jen Psaki was asked ahead of the Georgia speech about the starkly Manichean view Biden was preparing to present:

MS. PSAKI: I think the President’s speech will make that pretty clear.

The speech itself went there:

The next few days, when these bills come to a vote, will mark a turning point in this nation’s history. We will choose — the issue is: Will we choose democracy over autocracy, light over shadows, justice over injustice? I know where I stand.  I will not yield.  I will not flinch.  I will defend the right to vote, our democracy against all enemies — foreign and, yes, domestic.  (Applause.) And the question is: Where will the institution of the United States Senate stand?  Every senator — Democrat, Republican, and independent — will have to declare where they stand, not just for the moment, but for the ages. Will you stand against voter suppression?  Yes or no?  That’s the question they’ll answer.  Will you stand against election subversion?  Yes or no?  Will you stand for democracy?  Yes or no?

There is a lot going on here, but a press corps worth its salt would hound Biden until he answers two questions.

One is Biden’s hyperbolic framing of anyone who votes against these ill-considered pieces of legislative foolery and overreaching as domestic “enemies” of democracy. That alone is the kind of language deployed by authoritarian leaders since time immemorial: anyone who crosses my wishes is an enemy of the people.

Does he really consider anyone who votes against passage of either bill – including the Democratic Senators opposing the repeal of the filibuster to enact them – as enemies of the American people?

The other is about the upcoming 2022 elections. Biden frames this as a question of “democracy over autocracy.” By “autocracy,” he apparently means any election conducted under pre-pandemic rules.

Does Biden truly believe that, if these bills do not pass, America will not have democratic elections in 2022? Will he reject their outcomes as illegitimate?

Biden, or at any rate his speechwriter, has invited both of these questions. He should look the nation in the eye and answer them.