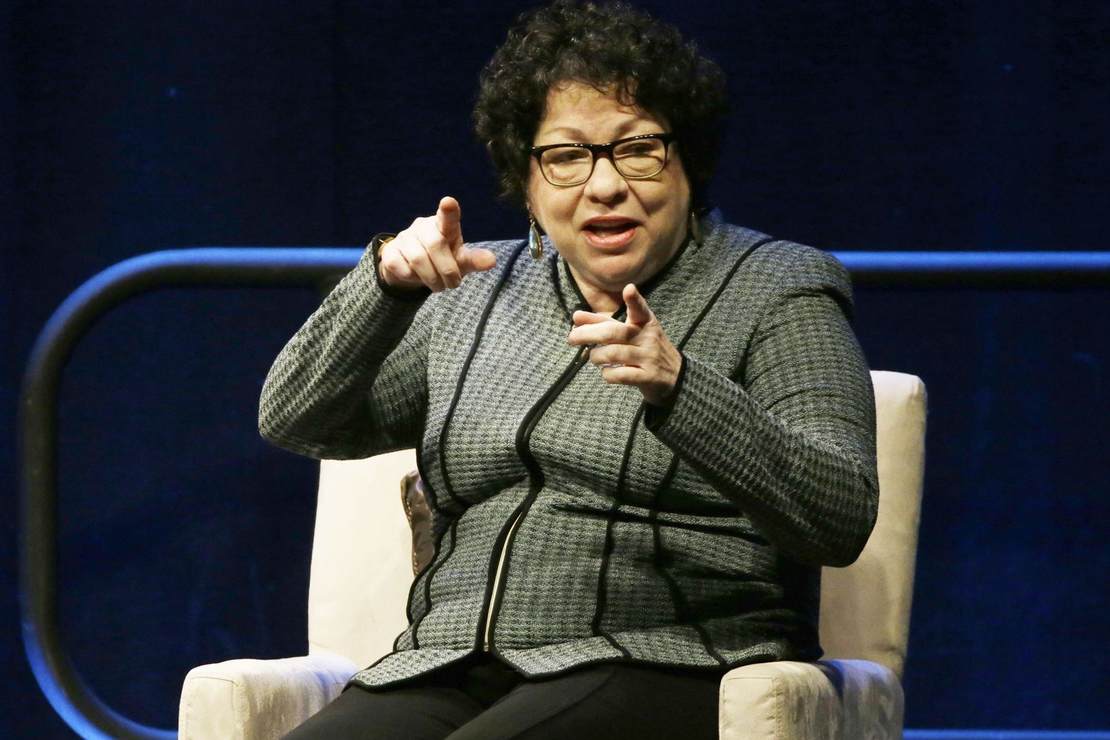 The Supreme Court of the United States heard oral arguments on both of Joe Biden’s COVID vaccine mandates on Friday, during which Justice Sonia Sotomayor falsely claimed that 100,000 children are currently in “serious condition” from COVID.

“We have hospitals that are almost at full capacity with people severely ill on ventilators,” she said. “We have over 100,000 children, which we’ve never had before, in serious condition, and many on ventilators.”

Her claim was way off base. According to data from the Department of Health and Human Services, the number of confirmed pediatric hospitalizations with COVID in the United States was 3,342 on Friday—not over 100,000. Moreover, many of these hospitalizations were incidental.

Even Dr. Fauci had been downplaying the pediatric COVID hospitalizations figures being pushed by the media. “If you look at the children [who] are hospitalized many of them are hospitalized with COVID as opposed to because of COVID,” Fauci said on New Year’s Eve.

CDC Director Rochelle Walensky confirmed that Sotomayor was incredibly wrong during an interview with Fox News.

“Yes. In fact, what I will say is, while pediatric hospitalizations are rising, they’re still about 15 fold less than hospitalizations of our older age or age demographic,” Walensky replied.

When asked by Baier if she felt any responsibility, as the CDC director, “to correct a very big mischaracterization by one of the Supreme Court justices?” she refused to answer and pivoted to vaccination data.

Of course, hospitalization statistics aren’t actually relevant to the case before the court. Sotomayor made a colossal mistake; she really didn’t need to be offering any statistics at all, correct or not. As a Supreme Court justice, the issue before her and her fellow members on the bench is the constitutionality of Biden’s mandates, not whether the severity of the disease justifies measures taken by the government to mitigate it.

But even that seems to be lost on Sotomayor. The issue of the entire case is whether the federal government has the authority to impose a vaccine mandate.

“I’m not sure I understand the distinction why the states would have the power [to institute a mandate such as OSHA’s], but the federal government wouldn’t,” Sotomayor said during oral arguments.

Apparently, the Obama-nominated justice doesn’t know about the Tenth Amendment, which states that “the powers not delegated to the United States by the Constitution, nor prohibited by it to the states, are reserved to the states respectively, or to the people.”

How is it possible she doesn’t understand the Tenth Amendment? Well, it appears that Harvard law professor Larry Tribe actually warned Barack Obama not to nominate Sotomayor to the Supreme Court back in 2009. “If you were to appoint someone like Sonia Sotomayor, whose personal history and demographic appeal you don’t need me to underscore, I am concerned that the impact within the Court would be negative in these respects,” Tribe wrote in his letter to Obama after Justice Souter retired. “Bluntly put, she’s not nearly as smart as she seems to think she is.”

Obama didn’t listen. He made an affirmative action pick, and Tribe’s warnings have proven true. She’s not very smart at all. In fact, Sotomayor was never a good pick for the Supreme Court, even by Democrat standards, and she proved that on Friday.

Acosta Decries Backward U.S., Declares Pregnancy Centers Insufficient
‘Your terms are acceptable’: Liberal actor/director Ken Olin tweets, ‘In States where abortion is illegal the father should be financially on the hook at the moment of conception’
Macron Caught Breaking Some Bad News To Biden On G7 Sidelines
Is it Ruth Bader Ginsburg’s Fault That Roe v. Wade Was Overturned?
Raid on Home of Former Trump DOJ Official Jeffrey Clark Was Part of Nationwide FBI Raids on Republicans (Clark on Tucker Carlson: Video)