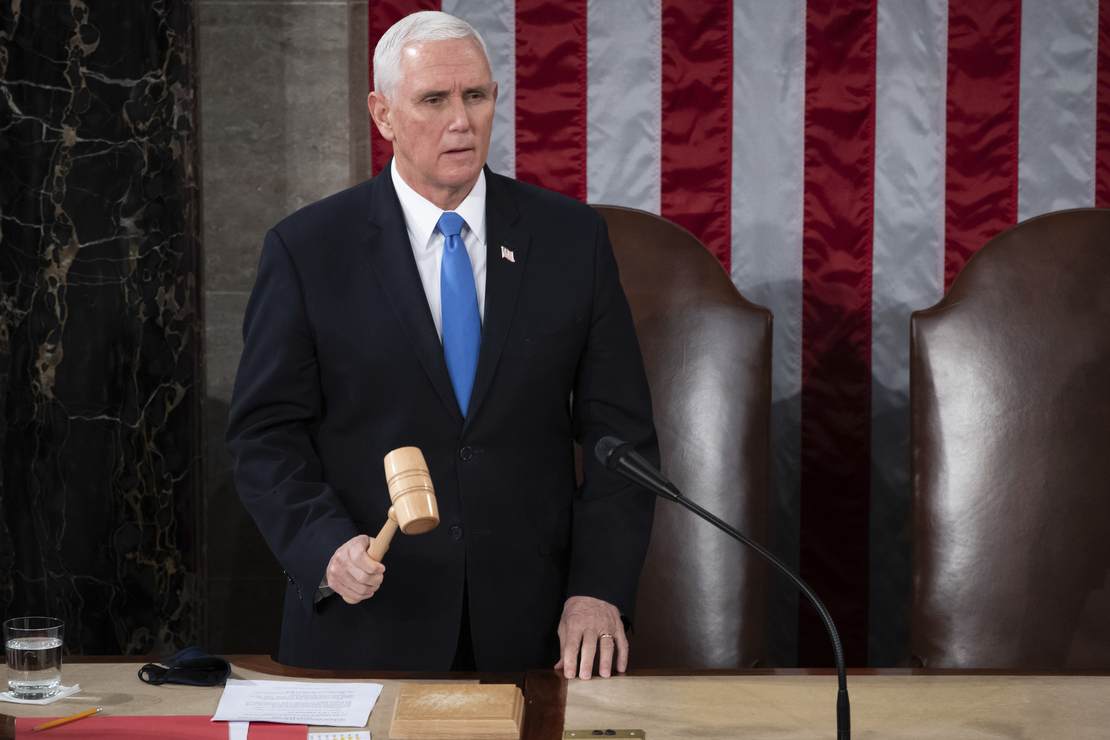 After President Trump’s victory in 2016, there seemed to be a renewed interest on the left in abolishing the Electoral College. So far, they have failed to do so, but now Democrats on the partisan January 6th committee appear to be targeting the election law that dictates how Electoral College votes are counted.

The New York Times reports that members of the committee are looking to overhaul the Electoral Count Act of 1887, arguing that “the ambiguity of the statute puts democracy itself at risk.”

“There are a few of us on the committee who are working to identify proposed reforms that could earn support across the spectrum of liberal to conservative constitutional scholars,” claims Rep. Adam B. Schiff (D-Calif.), who sits on the committee. “We could very well have a problem in a future election that comes down to an interpretation of a very poorly written, ambiguous and confusing statute.”

Anti-Trumper Liz Cheney (?-Wyo.) agrees, saying last week that “the 1887 Electoral Count Act is directly at issue” and that the committee will recommend changes to it.

According to the statute, members of the House and Senate may submit objections in writing during the counting of the Electoral College votes, and those objections can be sustained if a majority of both chambers approve. If a state submits multiple slates to Congress, the electors certified by the governor would prevail unless majorities of both chambers vote to reject them.

The Democrats and anti-Trump Republicans on the committee argue that Trump’s allies sought to distort the law in an attempt to keep Trump in power, and so it needs to be rewritten.

“The antiquated law governing the Electoral College vote count is too vague and ripe for abuse, and it resulted in baseless objections that delayed the democratic process,” said Sen. Amy Klobuchar (D-Minn.), chairwoman of the Senate Rules Committee. “It’s time to update this law to safeguard our democracy.”

According to the New York Times, Trump lawyer John Eastman’s strategy involved having seven battleground states (where there were widespread reports of voting irregularities) send two slates of electors to Congress to be counted.

“Mr. Eastman and other allies of Mr. Trump suggested pressuring the vice president to accept the alternate slate of Trump electors, throwing out legitimate votes for Mr. Biden,” claims the New York Times. “Under such a scenario, Mr. Eastman argued, a vote of those states’ delegations in the House, favoring Republicans, could keep Mr. Trump in power.”

While it’s not yet clear how the committee will suggest the law be changed, it seems likely that they will try to make it more difficult, if not impossible, to object to a state’s electors when there are legitimate questions about irregularities that may have impacted the results.

Audits of the 2020 election are underway in a number of states. In September, a forensic audit in Maricopa County, Arizona found that the number of potentially illegal votes exceeded Biden’s state-certified victory. Another audit claims enough illegal ballots were cast in Wisconsin to deliver the state to Biden. But even if it were proven that Biden’s victory in Arizona and enough other states was fraudulent and that the election was improperly decided, it is, unfortunately, too late to change the results.

The problem, it seems, is not the Electoral Count Act of 1887, but the fact that the voting irregularities were not properly investigated before the counting of the Electoral College votes.