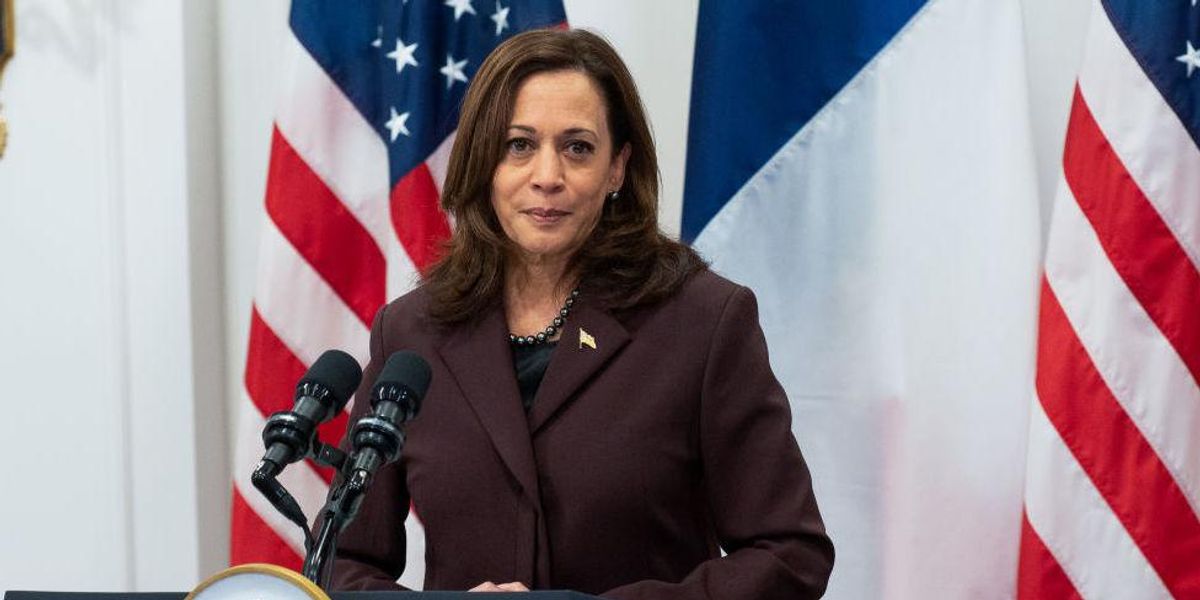 A staffer for Vice President Kamala Harris incited a raucous social media response Sunday after publishing an odd photo with a creepy message about how much he loves his job.

For nearly the entirety of Harris’ tenure as vice president, rumors of a toxic working environment have plagued her office, which has essentially become a revolving door of new hires amid an exodus of seasoned staff members.

The most high-profile exit thus far has been Symone Sanders, a senior Harris adviser and the vice president’s chief spokesperson, who recently announced she would be leaving Harris’ office at year’s end. Sanders said her exit “is not due to any unhappiness or dysfunction, but rather because she is ready for a break after three years of the relentless pressure that came with speaking for and advising Biden and Harris while navigating a global pandemic,” the Washington Post reported.

However, at the same time that Sanders and a plethora of other staffers have quit their jobs, former staffers are speaking out. One former Harris employee, in fact, characterized Harris as a bully.

“With Kamala you have to put up with a constant amount of soul-destroying criticism and also her own lack of confidence,” the former staffer told the Post. “So you’re constantly sort of propping up a bully and it’s not really clear why.”

One day after the Washington Post published its story, a staffer from Harris’ office took to social media to show the world just how much he loves his job.

“Hi. My name is David Gins. I work for Vice President Harris on behalf of the American people as Deputy Director for Operations and absolutely love my job,” Gins tweeted. “Just thought some of you should know.”

In addition to his statement, Gins posted a photo of himself sitting at a desk staring blandly into a computer screen.

Hi. My name is David Gins. I work for Vice President Harris on behalf of the American people as Deputy Director for Operations and absolutely love my job. nnJust thought some of you should know pic.twitter.com/VPuYv9bpbp

The message and accompanying photo immediately generated thousands of responses, many of which joked that it appeared Gins posted the photo under duress.

The White House. however, has dismissed the rampant turnover in Harris’ office.

“In my experience, and if you look at past precedent, it’s natural for staffers who have thrown their heart and soul into a job to be ready to move on to a new challenge after a few years. And that is applicable to many of these individuals,” White House press secretary Jen Psaki said last Thursday.

“It’s also an opportunity, as it is in any White House, to bring in new faces, new voices, and new perspectives,” she added.