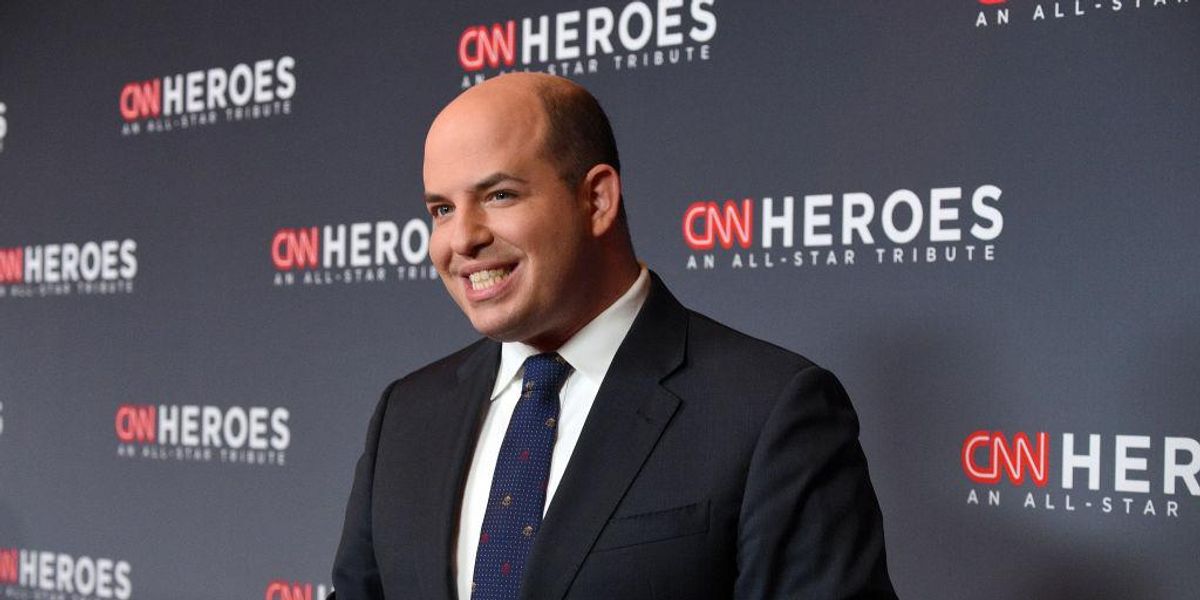 CNN announced that it was suspending Cuomo “indefinitely” on Tuesday pending an investigation into revelations that Chris Cuomo had used his media connections to help his brother, disgraced former New York Governor Andrew Cuomo, more than he previously let on.

“I think what’s going on here, it is a little complicated,” Stelter claimed. “I think the bottom line is that Cuomo is on the bench, for now, we’re heading into a holiday season. I think it is possible he will be on the bench for several weeks, it is possible he’ll be back in January.”


Chris Cuomo Could Be Back on CNN By January

Chris Cuomo and CNN invited a firestorm of criticism when the network allowed Cuomo to host his older brother for a series of softball interviews on the network during the early days of the pandemic, when then-Governor Andrew was still riding high on the erroneous widespread public perception that he was handling the coronavirus pandemic well in New York — so high that many Democratic observers publicly mused that the party might attempt to substitute him as the party’s presidential nominee at the national convention. However, even at the time, many media critics of all political stripes warned that the interviews were an obvious ethical lapse on CNN’s part due to the inherent conflict of interest presented by allowing an anchor to offer friendly interviews to an immediate family member who was one of the most prominent political figures in the country.

These warnings were eventually borne out when Andrew Cuomo’s façade of political invulnerability began to crumble. First, even liberal media organizations began to notice what center-right outlets had been saying from the beginning: Andrew Cuomo’s handling of the pandemic was not as great as the public had previously been led to believe. The dam began to crack in January 2021 when the New York Department of Health released a report which accused the governor of deliberately undercounting the number of nursing home deaths in order to hide the effects of his controversial early-pandemic policy, which required nursing homes in New York to accept coronavirus-positive patients. An April report from the New York Times revealed that Cuomo and his aides had gone to far greater lengths than previously known to obscure the death toll in order to blunt public criticism from then-President Donald Trump, who had frequently criticized Cuomo’s handling of the pandemic.

Even as this scandal was unfolding, Andrew Cuomo became embroiled in a sexual harassment scandal that would eventually force him to resign his office in disgrace. Beginning in December 2020, a number of women — many of them government employees in New York — began to come forward to accuse Cuomo of inappropriate behavior ranging from inappropriate comments to unwanted touching and kissing, and political retaliation against women who rejected him. Andrew denied all the allegations and New York Attorney General Letitia James began an investigation in February 2021 that would ultimately find that many of the women’s claims were substantiated, and would ultimately lead to Andrew’s resignation from office.

As these twin controversies unfolded, Chris Cuomo and CNN were widely criticized when Chris announced in March 2021 that “obviously I cannot cover” the scandals involving his brother on-air due to the conflict of interest — a consideration that was somehow not obvious when Chris was covering the apparently good news about Andrew in 2020. The embarrassing situation for CNN became infinitely worse when it was revealed in May 2021 that Chris had been acting behind the scenes as an advisor to his brother, helping him to craft public statements that were designed to help him weather the scandal. Chris would concede on-air that this was a “mistake,” but was somehow not reprimanded or otherwise punished by the network for the obvious ethical lapse.

Recent documents, however, indicated that Chris’s assistance to his brother went well beyond merely offering communications advice, and included using his media contacts and sources to find out information about accusers — information which he then passed to his brother’s political team. When this information broke into public view, CNN finally took action and suspended Chris indefinitely on Tuesday.

Stelter’s statement perhaps sheds light on one reason that CNN has been so reticent to remove Cuomo from the air, claiming, “You also have a lot of viewers, though, who love Chris Cuomo and are now ticked off that he’s off the air and want to see him back.”

As CNN has lurched noticeably leftward and become more bizarrely obsessed with cable news competitor Fox News in the last five years, their market share of viewership has suffered drastically. According to the most recent ratings in the all-important age 25-54 demographic, Cuomo’s program (859,000 viewers) was obliterated by both of his time slot rivals, MSNBC’s Rachel Maddow (1,975,000 viewers) and Fox News’ Hannity (3,003,000 viewers). By way of comparison, Cuomo’s audience — the largest on CNN — is dwarfed in the key demographic by Louder with Crowder. However, relative to the rest of his network’s anemic ratings, Cuomo fared well; his was highest rated program on the struggling network’s prime-time lineup.