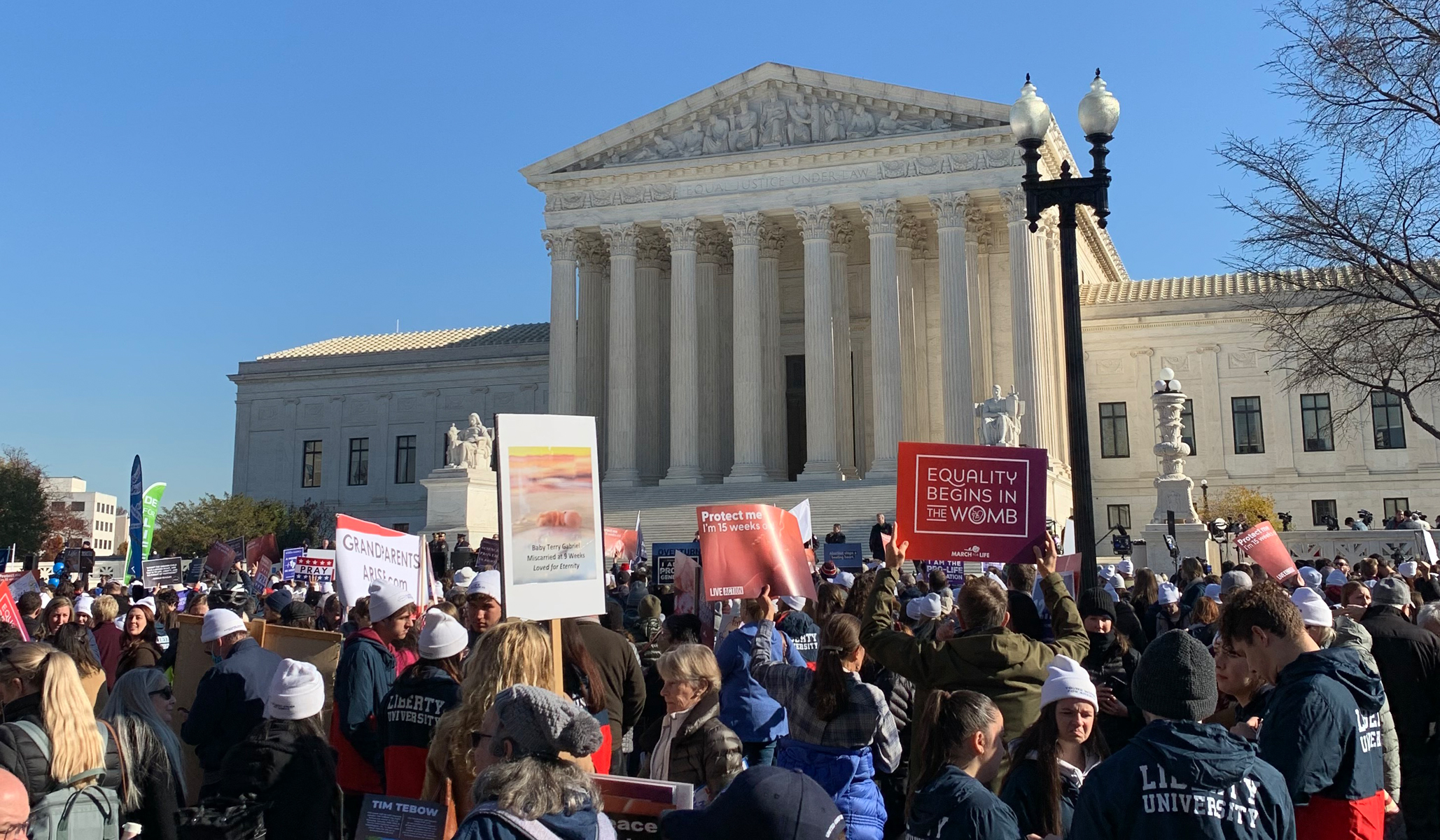 As is traditional, the Justices of the Supreme Court met in conference today to vote on the cases they heard this week and assign authorship of the opinions. That includes Dobbs v. Jackson Women’s Health Organization, in which the Court has been asked to overturn its 1973 abortion decision in Roe v. Wade. It appeared, from Wednesday’s argument, that there was a significant chance that there may be five votes to overturn Roe. A ruling toppling Roe would rival only Bush v. Gore and Obergefell v. Hodges (the same-sex marriage case) as the biggest blockbuster news from the Court since the Nixon years. It is expected that an opinion in Dobbs will be handed down the last week of June, when the Court is likely to finish its annual term.

The nearly seven-month delay, while customary in big Supreme Court cases, raises a number of questions if, in fact, Roe ends up falling. One is the humanitarian toll: Given the rate of abortions in the United States, there could be another half a million lives lost between today’s vote and the announcement at the end of June. The second is the uncertainty: Even if there are five or six votes today, some of them could change as the draft opinions are reviewed. A justice could die or have to resign, as happened to Justice Antonin Scalia in February 2016, and his or her votes would no longer count. (In April 1946, Chief Justice Harlan Fiske Stone suffered a cerebral hemorrhage in the midst of a session announcing opinions of the Court and died hours later; because the opinions were finished and being released, Stone’s votes counted).  A third is the Texas abortion case, which was heard a month ago and proceeded on an expedited schedule for emergency relief on the assumption that Roe is good law; will the Court decide that case on that basis, only to turn around and conclude that it is not good law?

There is another question, though, that I wonder about: If the Court is doing something as dramatic — and as upsetting to the sorts of people who clerk for the liberal justices — as overturning Roe, will it be able to keep that a secret for seven months? The Court in modern times has had a remarkable record of keeping the justices, the law clerks, and the rest of the Court’s personnel sworn to secrecy about even the most momentous pending cases. Rumors have cracked that more often in recent years, especially in Obamacare cases, but we have never really seen the dam break. It will be quite impressive if it can keep a secret this time — and if it can’t, we may see a pressure campaign on the Court (or worse, violence) unprecedented in modern times.

The most famous leak in the Court’s history dates back to 1857, when the Court decided Dred Scott v. Sandford on March 6, two days after James Buchanan’s inauguration. Buchanan was sworn into office by the chief justice, Roger Taney, who was also the author of Dred Scott, after which he gave his inaugural address. Buchanan favored the outcome the Court would reach — in particular, the part declaring that Congress had no power to prevent slavery in the territories — and his speech included a passage saying that slavery in the territories “is a judicial question, which legitimately belongs to the Supreme Court of the United States, before whom it is now pending, and will, it is understood, be speedily and finally settled. To their decision, in common with all good citizens, I shall cheerfully submit, whatever this may be.” This is, of course, the way politicians talk about decisions that they expect to come out in their favor.

When the decision arrived two days later, it spawned many conspiracy theories about political involvement in the timing and outcome of the long-delayed decision and whether Buchanan was tipped off by Taney. In his “House Divided” speech the following June, Abraham Lincoln eagerly promoted the theory that Buchanan (“James”) and Taney (“Roger”) had been in cahoots along with Stephen Douglas and the outgoing president, Franklin Pierce:

The several points of the Dred Scott decision, in connection with Senator Douglas’ “care not” policy, constitute the piece of machinery in its present state of advancement…Several things will now appear less dark and mysterious than they did when they were transpiring. The people were to be left “perfectly free,” “subject only to the Constitution.” What the Constitution had to do with it, outsiders could not then see. Plainly enough, now, it was an exactly fitted niche for the Dred Scott decision to afterward come in and declare the perfect freedom of the people [to decide on slavery in the territories] to be just no freedom at all.

Why was the amendment expressly declaring the right of the people voted down? Plainly enough, now, the adoption of it would have spoiled the niche for the Dred Scott decision. Why was the Court decision held up? Why even a senator’s individual opinion withheld till after the presidential election? Plainly enough, now, the speaking out then would have damaged the “perfectly free” argument upon which the election was to be carried. Why the outgoing President’s felicitation on the endorsement? Why the delay of a reargument? Why the incoming President’s advance exhortation in favor of the decision? These things look like the cautious patting and petting of a spirited horse preparatory to mounting him when it is dreaded that he may give the rider a fall. And why the hasty after-endorsement of the decision by the President and others?

We cannot absolutely know that all these exact adaptations are the result of preconcert. But when we see a lot of framed timbers, different portions of which we know have been gotten out at different times and places and by different workmen — Stephen, Franklin, Roger, and James, for instance — and when we see these timbers joined together and see they exactly make the frame of a house or a mill, all the tenons and mortises exactly fitting, and all the lengths and proportions of the different pieces exactly adapted to their respective places, and not a piece too many or too few, not omitting even scaffolding, or, if a single piece be lacking, we see the place in the frame exactly fitted and prepared yet to bring such piece in — in such a case, we find it impossible not to believe that Stephen and Franklin and Roger and James all understood one another from the beginning, and all worked upon a common plan or draft drawn up before the first blow was struck.

Conspiracy theorists are not always wrong. While the full story of what passed between Buchanan and Taney will never be known, it was revealed much later that Buchanan had corresponded with two other justices, John Catron and Robert Grier, and not only learned where the Court was headed but actively pressured his fellow Pennsylvanian Grier to join the decision so that it would not be supported only by the Court’s Southerners. One hopes that the Court, this time, will avoid outside pressure and publicity until it can deliver an opinion.