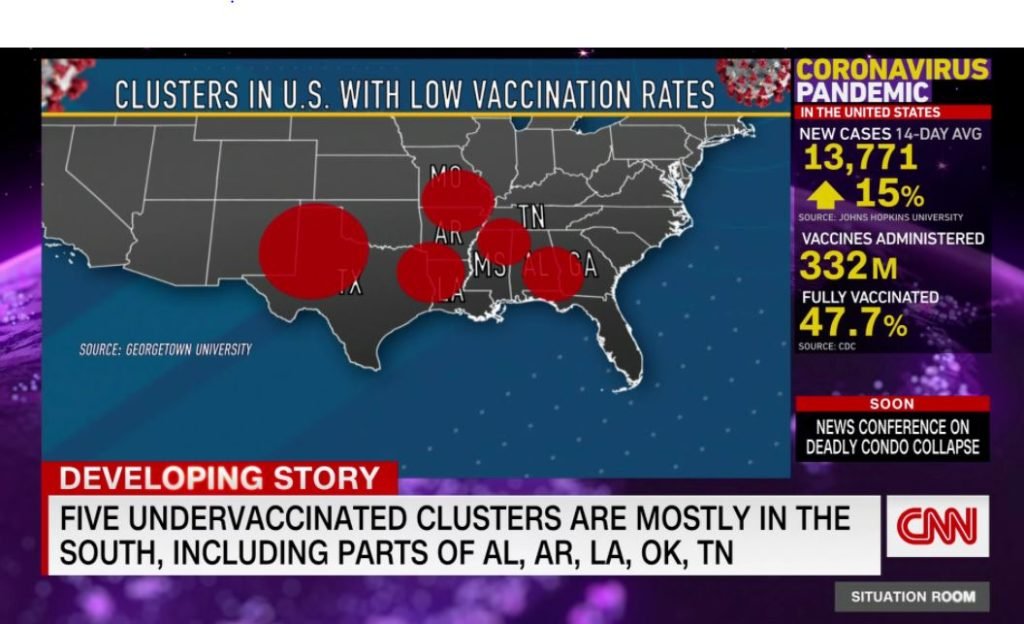 As with so many other things lately, I’ve reached my boiling point with the whole “vaccinated” versus “unvaccinated” nonsense, and I believe it is time that we Purebloods begin embracing our unvaccinated status for the phenomenal thing that it is. Rather than hiding it, or continuing to take a beating over it, we must shine a light on being free of the poison that is helping so few and hurting, even killing, so many.

Let’s start with some obvious reasons why.

First, we “unvaccinated” pose no greater threat to the population as a whole than do those who have taken the jab. What’s being peddled is not, after all, an actual vaccine; those injected with these potions do not develop immunity, and can still get, carry, and spread the virus. To fully realize the difference, look no further than the CDC which recently changed the definition of both “vaccine” and “vaccination” in order to accommodate the junk in those vials. The previous definition of vaccination included the phrasing “to produce immunity”, whereas now it says “to produce protection”; and the former definition of vaccine included the words “stimulates a person’s immune system to produce immunity to a specific disease”, whereas now it reads “to stimulate the body’s immune response against diseases”.

If you’ve had COVID, your body has produced natural antibodies that do indeed provide immunity. Numerous scientific studies have confirmed this. Additionally, your natural immunity coupled with the immunity developed by others gives us herd immunity, which is the best overall protection for the human species against viruses of any sort. That’s how it’s always been, and it hasn’t changed.

Those who have received the “vaccine” gain no immunity (natural or otherwise) and therefore do not assist in developing herd immunity. What’s worse, these “leaky vaccines” – an expression used by scientists to describe the problem with these types of jabs – can render the vaccinated as perfect host carriers, turning them into natural “test tubes” which can actually drive the emergence of more lethal strains of the virus. Logic, then, tells us that it is actually the vaccinated who are a threat to the human species, and it may well wind up that it is we Purebloods who over time provide the only natural barrier to the spread of the virus and it’s variants.

Studies have suggested that the vaccine lowers immune response to other illnesses as well, and at least one confirms that it may actually cause cancer by eliminating the body’s ability to fight off certain infections. It’s already well documented that this vaccine creates cardio-vascular issues, even in the healthy and particularly in children. Other research indicates that these vaccines wind up behaving as a sort of “injected AIDS”, leaving the immune system so severely compromised that over time “vaccinated” people will have no ability to handle even the most basic infections. It could soon be true that the common cold – which is, incidentally, a coronavirus – might kill those who have taken the jab.

Many of these are worst-case scenarios, of course, but it is nevertheless telling that firstly, the government and media are consistently lying to us all, and secondly that they’ve placed an absolute stranglehold on information that debunks their narrative.

It’s equally compelling that world-class immunologists, virologists, and other medical professionals including the “father” of modern mRNA vaccine technology, Dr. Robert Malone, have expressed serious concerns about how the “vaccine” has been rolled out, the lack of proper study and testing, and the potential disastrous effects an improperly understood genetic modifier of this type could have on the whole of humanity. Much of what Dr. Malone has said can be found in this article, which also lists numerous other resources that seriously call into question the wisdom of forcing these unproven, risky potions on the whole of society (especially when the powers that be must lie in order to stimulate our compliance).

Another point; a recent study by the Cleveland Clinic has confirmed that people who have already had COVID get no benefit from the Pfizer vaccine (so it stands to reason that the same may be the case with other manufacturers’ vaccines); and still other studies have indicated that those who have already had COVID are more likely to suffer harsh side effects from the vaccine than those who have not. Don’t you find it odd that someone who has natural antibodies to the disease are at higher risk of difficulty with the vaccine? Don’t you also find it odd that major medical studies make it clear that the vax has no benefit for those who’ve already built up an immune response, and yet the government and press are still pushing the jab on those people?

In all, it seems the preponderance of evidence (when we’re able to actually see it) would indicate that in the long haul those who have refused to be jabbed (who therefore retain their “pure blood”) will be significantly better off than those who have submitted to the shot. Moreover, via nature’s own “cure” (herd immunity), which only the unvaxxed can acquire/provide, it would seem that Purebloods may ultimately be the only salvation for mankind if these vaccines truly backfire. Finally, the unvaccinated are no more likely to get or spread COVID, and their natural immunity will not create resistant strains, whereas the vaccines (and thus the people who carry them) will create strains of the virus that are more and more resistant to further “boosters”. Therefore, reality says simply that it is the vaccinated who pose a greater risk to the unvaccinated (and the whole of society) rather than the other way around.

With this kind of backing, it should be a no-brainer that those who have chosen to remain as Purebloods should celebrate this fact, and wear the badge proudly. The powers that be want us to be marginalized, stigmatized, and ultimately bullied into compliance. As a result, we typically hide our unvaxxed status, cowering in fear that the bullies will come for us once they learn we’ve not been jabbed.

I want the world to know that I have refused the Fauci ouchie. I am not ashamed of it, but rather proud of it.

One last thing; in the early 1970s a movie was adapted from the Richard Matheson novel “I Am Legend”. Charlton Heston played scientist Colonel Robert Neville, the main character in “The Omega Man”, who injected himself with an experimental vaccine that rendered him immune to the effects of biological agents released during war that seemingly wiped out the rest of humanity.

As the story unfolds we learn that he is not the only uninfected human left, but the others eventually “turn” into the zombie-like creatures who represent the bad guys in the film. Experimentation concludes that Neville’s blood acts as a natural cure to the illness, and in the end he collects enough of it to turn it into a serum that, we presume, will save the world. I call this to your attention for a number of reasons.

First, it’s a very good film, one I highly recommend if you like apocalyptic/dystopian storylines. Second, the idea that we Purebloods might someday provide the necessary foundation for a serum that could save humanity is extremely compelling (and who knows – maybe this “commodity” will make us rich someday?). Third, and very interestingly, the horrors of the original novel were the result of a bacterial pandemic…

In conclusion, let me reiterate – the Left has us all on our heels, shaming and cajoling any who choose (as is their right as humans) to forego an experimental medical procedure that offers no protection to anyone (vaccinated or unvaccinated) in terms of preventing the spread of the virus, and which in fact may actually exacerbate the spread if one succumbs to their pressure. The time has come to not only NOT COMPLY, but to loudly and proudly take on the mantle of PUREBLOOD, shouting our un-vaccinated status at the top of our lungs at every opportunity. It is we who will be best off in the long run, and we who may well save the rest of humanity if, as it seems now, the improperly-tested, rushed-to-market concoction winds up rendering humans even more susceptible to infection than they are now. Governments are gaining unprecedented levels of control over the whole of the human population, and Big Pharma is making obscene profits pushing these potentially dangerous potions on all of us, with the full backing (and might) of the government. Refusing the vaccine is just one more step in a long process of regaining and defending our freedoms, and one which should be taken with great vigor (and a hefty helping of pride).

I am a PUREBLOOD, proudly unvaccinated, and I intend to stay that way (as will my children)…the wishes of the Left be damned.

Featured photo is a screengrab from CNN