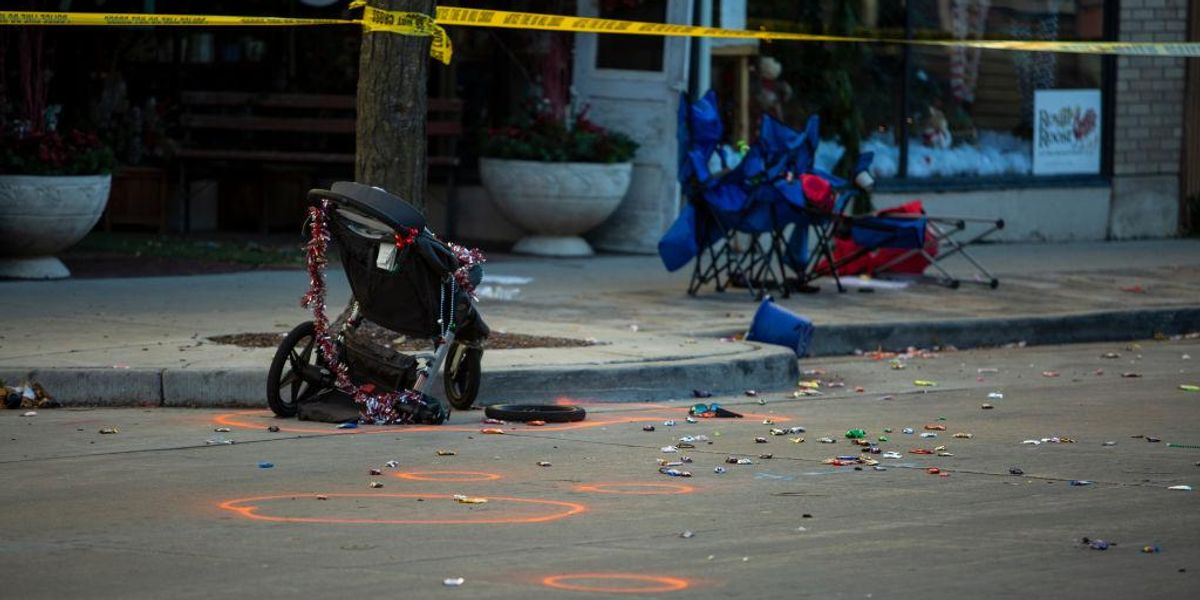 CNN was thrashed so severely on social media for deceptively blaming a car for the Waukesha Christmas parade massacre instead of the repeat felon that the outlet was forced to walk back its misleading headline.

Exactly a week after the tragedy in Waukesha, CNN duplicitously insinuated that a car was the cause of six deaths and 62 people being injured, including 18 children. The corporate media outlet crafted a tweet that read: “Waukesha will hold a moment of silence today, marking one week since a car drove through a city Christmas parade, killing six people and injuring scores of others.”

Waukesha will hold a moment of silence today, marking one week since a car drove through a city Christmas parade, killing six people and injuring scores of others.https://cnn.it/3I1n2AL

In the actual article, CNN waited until the final paragraph to mention Darrell Brooks the suspect charged with five counts of first-degree intentional homicide. A sixth count is likely after an 8-year-old died from his injuries on Tuesday.

BlazeTV host Allie Beth Stuckey: “A car did it.”

New York Post writer Jon Levine: “Has this car been arrested yet?”

Babylon Bee CEO Seth Dillon: “We need answers from the manufacturer of this car. And we need laws that permit us to charge vehicles with a crime.”

Outkick founder Clay Travis: “Did the car have a driver @cnn? The amount of media covering for the murderer here is embarrassing.”

California congressional candidate Buzz Patterson: “A ‘car’ did this? Not a human being with intent to kill and maim and being held on $5 million bail? You guys are a joke.”

Florida political candidate Martha Bueno: “You all know @CNN is a political hack, but seriously, a ‘CAR DROVE THROUGH A PARADE?!’ Who writes for CNN? Obviously it’s someone who’s scared to call the murder of 6 what it really is: An act of domestic terrorism. Please hire actual journalists CNN.”

Former CIA officer Bryan Dean Wright: “It’s been a week since the #WaukeshaMassacre. CNN framed it this way, with a car taking the blame.”

The Daily Wire writer Cabot Phillips: “CNN wants you to think this massacre was committed by a driverless car because the race of the driver doesn’t fit their narrative.”

Sen. Ted Cruz’s communication adviser, Steve Guest: “Give me a break CNN. ‘A car drove through a city Christmas parade.’ The headline was written like this for a reason.”

Conservative commentator Dinesh D’Souza: “Not a ‘black leftist who supports BLM and vilifies white people.’ No, this CNN headline insists it was the ‘car’ that drove through the parade. Now imagine how CNN would frame this if the perpetrator happened to be white.”

Photojournalist Ford Fischer: “These sorts of headlines are where distrust of mainstream media come from. A car didn’t kill six people, a person did. They used a car to do it. People commit actions. Tools are just tools.”

Radio host Buck Sexton: “It was intentional, brutal mass murder of children and the elderly during a Christmas parade, and the only plausible motive for the suspect based on his online postings is anti-white bigotry in the aftermath of the Rittenhouse verdict But CNN headline is ‘a car drove through.'”

Commentator Mike Mike Cernovich: “They know what they are doing, they don’t care, they are evil.”

Podcast host Gerry Callahan: “I think the car was upset that the rifle got acquitted in Kenosha.”

CNN was trashed so unmercifully on Twitter that the outlet changed its headline to: “Waukesha will hold a moment of silence Sunday, one week after a man plowed a vehicle through a Christmas parade.”

This is the second legacy media outlet to run with the deceitful narrative that a car was to blame for the Waukesha Christmas parade attack despite fully knowing that ex-convict Darrell Brooks was the suspect and was criminally charged for the deaths.

On Thursday, the Washington Post ran a headline that read: “Here’s what we know so far on the sequence of events that led to the Waukesha tragedy caused by a SUV.”

That deceptive headline was also hammered for not telling the entire story. The Washington Post deleted the headline, and changed it to: “What we know so far on the sequence of events that led to the Waukesha tragedy.” Once again the Washington Post made no mention of Darrell Brooks, the suspect who reportedly called for violence against white people before driving into the parade route and running over dozens of innocent people.

The Babylon Bee — a conservative satirical publication — lampooned legacy media outlets for blaming the massacre on a car by publishing an article with the headline: “Waukesha SUV Charged With Six Counts Of Murder.”