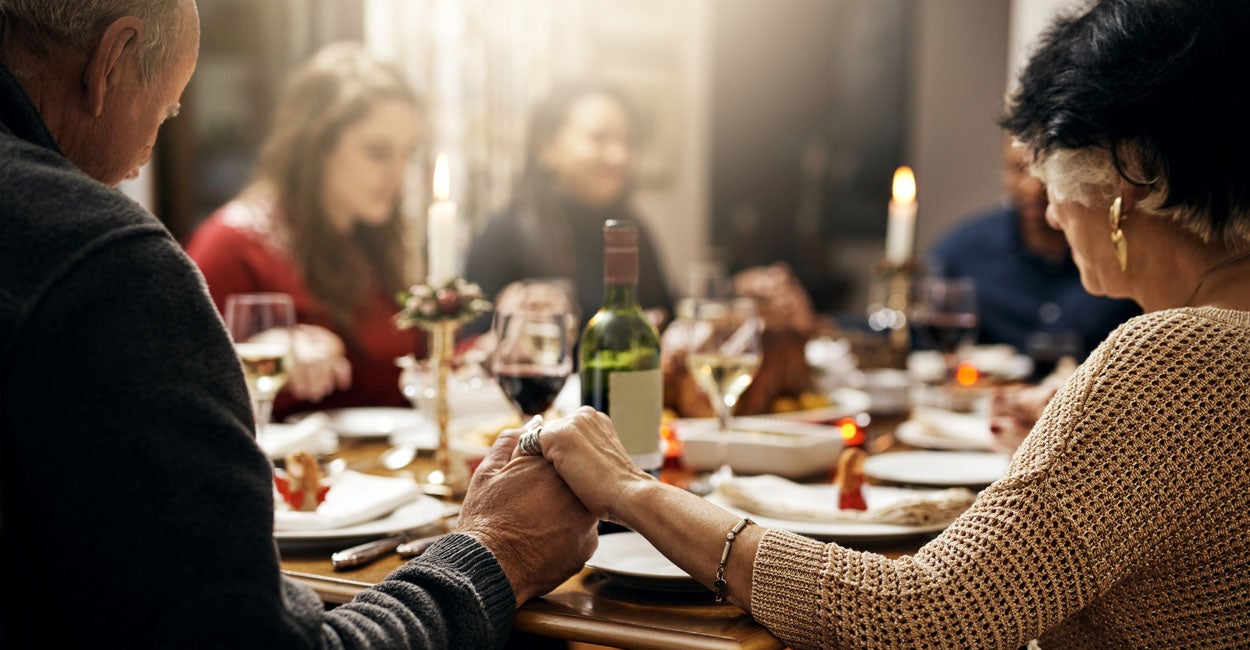 One may be tempted, almost, to say there is little reason to give thanks on a day when so many have died from a deadly virus, when the memory of an endless war in a distant land still stings, and when a majority of Americans think the country is headed in the wrong direction.

But history reminds us that we have suffered greater crises in times more perilous than the present, including world wars, great depressions, deadly epidemics, and cultural collapse. If we turn to what early presidents said on Thanksgiving Day, we find a singular similarity in their words, especially in their use of one word—God.

George Washington was first in war, first in peace, and the first president to proclaim a national day of thanksgiving in November 1789, acknowledging God as the source of all “the great and various favors which he has pleased to confer upon us.”

For the next four decades, most states honored a November date as a day of prayer and fasting, but there was no national celebration. Of the early presidents, only James Madison, in the midst of the War of 1812, issued a proclamation.

Then, in November 1863, with the Civil War raging, President Abraham Lincoln declared the last Thursday of November to be Thanksgiving.

Echoing Washington, Lincoln asked Americans to “implore the interposition of the Almighty hand to heal the wounds of the nation and to restore it, as soon as may be consistent with the divine purposes, to the full employment of peace, harmony, tranquility, and union.”

God heard the people’s prayers for an end to war and the preservation of the Union, but did not vouchsafe a “full” employment of harmony and tranquility. Indeed he has yet to do so, provoking the thought that we may not be praying hard enough.

For the rest of the 19th century and into the 20th century, presidents issued proclamations in the same providential spirit of Lincoln and Washington, thanking God for his favors and benefits.

President Theodore Roosevelt, for example, said that “the time has come [again] when a special day shall be set apart to thank Him, who holds all nations in the hallow of His hand, for the mercies thus vouchsafed to us.”

With the election of Franklin D. Roosevelt, however, and the enshrinement of secular progressivism, God was given a secondary role on Thanksgiving Day while the “civic spirit” of America was extolled.

In contrast with Lincoln, Roosevelt was careful not to use the “G” word in the middle of World War II. Instead, he said, “May we on Thanksgiving and on every day, express our gratitude and zealously devote ourselves to our duties as individuals and as a nation.”

Faithful to his progressive roots, President Barack Obama declared in his 2012 Thanksgiving proclamation that “we are a people who draw our deepest strength not from might or wealth but from our bonds to each other”—but not, apparently to a transcendent Being.

President Ronald Reagan broke sharply with the progressives, taking inspiration from Washington and Lincoln and reemphasizing the religious character of Thanksgiving.

Quoting the 1863 Thanksgiving Proclamation, Reagan said that “no human counsel hath devised nor hath any mortal hand worked these great things.  They are the gracious gifts of the Most High God.” Reagan added his own words: “God has blessed America and her people, and it is appropriate we recognize this bounty.”

Some 40 years later, President Donald Trump echoed Reagan in his final Thanksgiving message, saying, “We give thanks [for] the priceless freedoms that we’ve inherited, and we ask God to watch over and protect our nation and its people during this incredible holiday and all the years to come.”

Thanksgiving is rooted in the notion, wrote commentator Daniel Horowitz, “that as a nation, our entire prosperity, security and liberty is completely dependent upon God’s providence.”

Let us, then, on this Thanksgiving Day in the year of our Lord 2021, give thanks and thanks and ever thanks to Him who gives us life, liberty, and happiness.

This article is based on an essay that was published November 2016 in The Daily Signal.

In Minneapolis, Robbery Arrests Plummet as Stores are Hit Multiple Times
Meatpacking industry is not the cause of higher meat prices. It’s government policy.
Jan. 6 Committee calls on Ivanka Trump to voluntarily provide her testimony
The Dishonest Cancellation Campaign against Ilya Shapiro
Class Act: Doocy Says It’s Time to ‘Move On’ After Biden Called to Say ‘Nothing Personal’