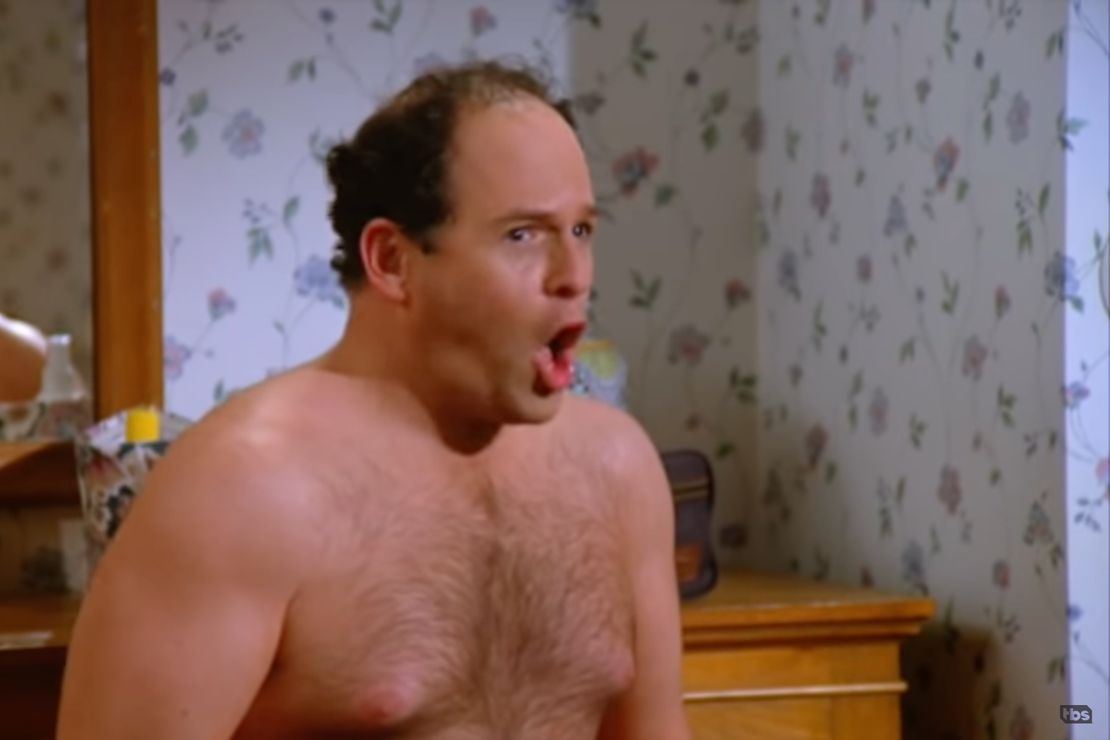 When I was a kid, Seinfeld was my favorite show.

We’ve been binging the show, which recently came to Netflix, for several weeks now, and it recently occurred to me that Joe Biden is the George Costanza of presidents.

George Costanza is obviously funnier than Joe Biden. We can laugh at George because he is a fictional character meant to make us laugh. Joe Biden, however, thinks he’s running the country and can make decisions that affect our lives. George may have been Jerry Seinfeld’s pathetic best friend, but Joe Biden is our pathetic president.

At least he’s playing the president on television.

Despite his decades serving in the U.S. Senate, it wasn’t until he ran for president that he seemed to discover the alleged problem of systemic racism in our country. If it were such a huge problem, why didn’t he try to fix it then? The same could go for any issue Biden has failed to address during his tenure in Washington. So what exactly has he been doing there all this time?

“My whole life has been a complete waste of time,” George Costanza once declared on Seinfeld. And that pretty much sums up Joe Biden’s political career as well.

In one episode, an unemployed George is disappointed when Jerry tells a former acquaintance that George is a marine biologist.

“You know I always wanted to pretend I was an architect,” George tells Jerry.

Joe Biden may not have wanted to pretend to be an architect, but he pretended to be a moderate to appear electable enough to win his party’s nomination and today pretends to be president even though he clearly has no idea what he’s doing. However, George Costanza would probably do a better job. It’s hard to say what Sleepy Joe is up to half the time, and he often appears confused, which is why he seems to take a lot of vacations. George Costanza once said, “I love a good nap. Sometimes it’s the only thing getting me out of bed in the morning.”

Recommended: How Accurate Are Biden’s Claims About the Economy?

One of the worst things about Biden, however, is his aversion to the truth. The Federalist has been keeping a tally of Biden’s lies, and it’s an impressive and disturbing list. Why? Because Joe Biden lies with such ease. He’s claimed that various problems that happened on his watch were the fault of Trump. He claimed that rioters killed Capitol Police officer Brian Sicknick. He said his massive social spending plan was already paid for. He said most Afghans evacuated from the country were vetted. So many lies, all repeated with ease. But, as George Costanza said, “It’s not a lie if you believe it.”

Sometimes I think Joe Biden must believe his lies to be able to tell them so easily. He’s even lied about his own life story, making up incidents that never happened for who knows what reason.

“I lie every second of the day,” George Costanza once said. “My whole life is a sham.” Yep, so is Joe Biden’s.

Joe Biden emulated George Constanza even before becoming president. In one episode of Seinfeld, George is desperate to have Jerry’s girlfriend like him. It becomes an obsession with him and leads to a series of poor decisions on his part. That episode reminds me of his selection of Kamala Harris as his running mate. Kamala Harris not only said she believed the women who accused Biden of sexual misconduct, but she also implied that Joe Biden was racist for his past support of busing and his willingness to work with segregationists to oppose it. The best moment of her presidential campaign was a planned attack on Biden. Yet Biden chose her to be on his ticket? George Costanza’s reaction to Jerry’s girlfriend hating him was also nonsensical. “This woman hates me so much, I’m starting to like her,” he explained to Jerry.

Could Biden’s selection of Kamala Harris as his running mate have gone much different?

“It all became very clear to me sitting out there today, that every decision I’ve ever made in my entire life has been wrong,” George realized in the finale of season five. “My life is the complete opposite of everything I want it to be. Every instinct I have, in every aspect of life, be it something to wear, something to eat… It’s all been wrong. Every one.”

George at least managed to come to this realization and use it to his advantage in what became a classic Seinfeld episode. But, unfortunately, Joe Biden hasn’t had his epiphany yet, and, if he ever does, it’ll be too late.