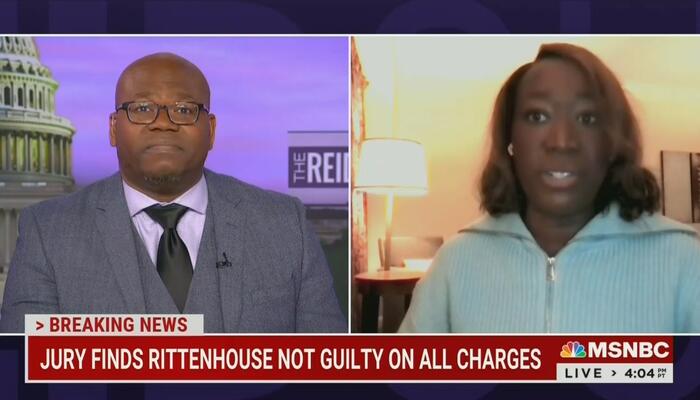 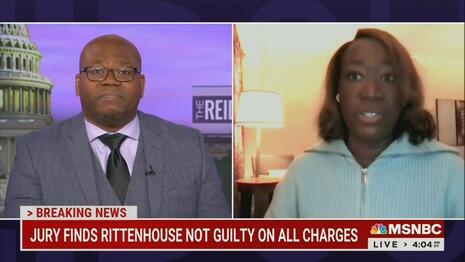 In a special long-weekend edition of the NewsBusters Podcast, we look back to answer the question: How energetically did MSNBC smear Kyle Rittenhouse as a white supremacist, white nationalist, or racist? Quite a bit. Joy Reid led a pack of smack talkers about Kyle being a little racist coward with an AR-15 menacing a violent neighborhood.

We go back a month to October 27 for examples, but it was especially thick on the night after he was acquitted on November 19. Reid said “Like if I’m walking around and I’m a white nationalist, you know, coward little kid with an AR-15 and I see someone drive by with a Black Lives Matter bumper sticker and I feel threatened, I can open fire. If I go by a youth group standing outside a local target and their chanting Black Lives Matter and I feel threatened, I can open fire.”

On the same night, Rachel Maddow mourned “the knock-on effect of Republicans and far right groups including white supremacist groups, Nazis, militia groups, holding up Kyle Rittenhouse as not just a person who was acquitted of murdering two people and shooting a third, they`ve made him a hero on the right for admittedly killing those people and getting away with it, which raises questions about the safety of public protest in the future.”

The rioting, — oops, “public protest” — would have been safe that night without Rittenhouse?