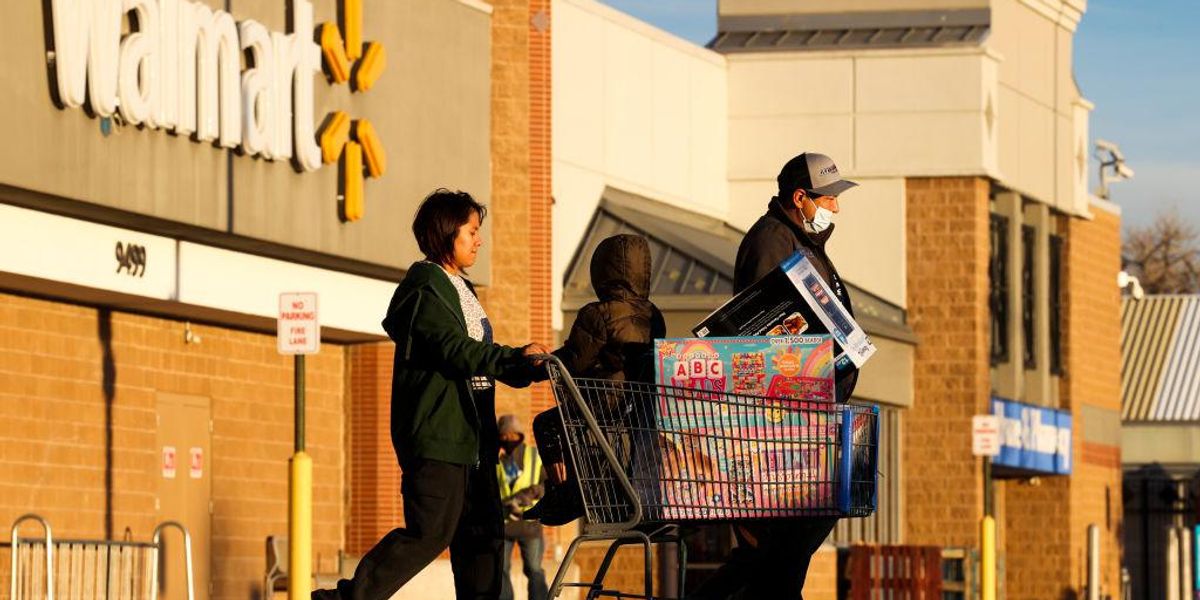 Reports are coming in from all over the country that the long lines, buzzing crowds, and general chaos typical of Black Friday shopping is … nearly non-existent this year.

While people are showing up at retail stores to shop in-person in far greater numbers than last year — before COVID-19 vaccines were widely available — shoppers and local news outlets posting to social media reported shorter lines and less chaos this Friday.

Goood #BlackFriday morning, Orlando! The shopping here began just a few ago, at 5! Not a huge crowd, counted 31 in line just moments before open. @MyNews13pic.twitter.com/ZVzvvtJyfx

Popular big box retailers like Walmart, Target, and Best Buy, which are offering
large sales and Black Friday deals today, are seeing moderate crowds, but nothing like the stampedes featured in viral videos in years past.

Black Friday shopping lines are forming outside many stores in Baton Rouge. Weu2019re live at Best Buy where doors just opened at 5 a.m.pic.twitter.com/WRaNih7Wrq

Happy #BlackFriday from @Walmart in Elk Grove! Hereu2019s what it looked like right when the doors opened at 5am. No campers this year but one of the first people in line told me he got here at 1am! He said this line was nothing compared to the past 12 years. @ABC10pic.twitter.com/hi8iohkFxY

Shoppers that
spoke to Insider said they were able to get in and out of retail stores quickly, with one claiming they found what they wanted and were out in under 10 minutes. Another man said there were about 100 people in line at a Walmart store in Harrisonville, Missouri and that he was able to get in and out in about 40 minutes.

Right side of Walmart, long line. Left side of Walmart, I stroll up and the gentlemen unlocks the door. I casually walk in, walked to the deals tableu2026 got the super duper cheap air pods. Paid. Walked out. Everyone was super nice. Zero chaos

“It’s so empty and bare, which is kind of nice. There’s not crazy people, although we did just see a lady with a stroller full of bags and no child,” said Tabitha Turner, a shopper who spoke to the Fort Worth Star-Telegram about her experience at the North East Mall in Hurst, Texas.

“The crowds are much easier. Lines are simple, which is not quite as fun. I always enjoyed the people fighting over parking spaces and yelling at people for the last toy … We’re missing the hustle and bustle of all the crazy people … It was a blast and it was fun to have to deal with all the craziness.”

“Very calm. There is no traffic even. Which is amazing cause usually you see a lot of that, but no traffic. Like I said 2 minutes in line at Walmart, but I was right in the store able to get everything, no chaos,” said Tina Merrifield of Jessup.

Some shoppers expressed disappointment with the quality of the deals this year, or with the unavailability of certain items because of ongoing supply chain issues. Many retailers warned customers in recent weeks to get their shopping done early because popular items would not be available. In one video, a worker at Best Buy told those waiting in line to buy the Playtation 5 early; Friday morning the store was out-of-stock.

“Black Friday is a total bust,” complained Vince Langman of Chicago on Twitter. “The deals suck and there’s literally more workers at Target than shoppers.”

While there may be fewer discounts this year, other shoppers were happy to miss the typical Black Friday crowds.

“I don’t want to get mixed up in any of that chaos,” said Hannah Smith, of Iowa, while shopping on Thursday.

To Avoid More Attacks Like at Texas Synagogue, Biden Administration Must Know, Name Our Enemies
‘Kiss My A**’: Dan Bongino unleashes on YouTube over the Big Tech giant’s temporary suspension of his channel
The LGBTQ Cult Is Coming for Your Kids
Covid can turn kids into ‘fussy eaters’ if it changes their sense of smell
Pennsylvania Official Appears To Admit Election Laws Were Broken In 2020 (VIDEO)