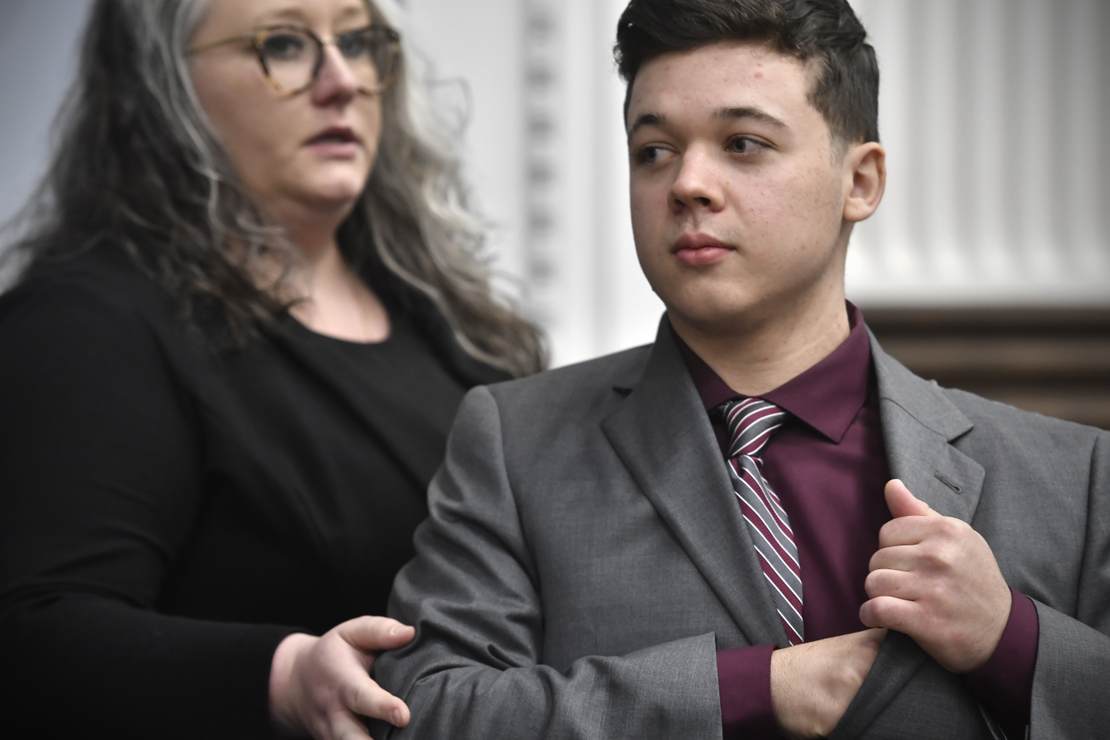 According to the text of the bill, Rittenhouse deserves the medal for “protect[ing] the community of Kenosha, Wisconsin, during a Black Lives Matter (BLM) riot on August 25, 2020.”

Rittenhouse was found not guilty last week of fatally injuring a pedophile and a wife-beater and injuring another man during a Black Lives Matter riot last summer in Kenosha, Wisconsin.

Greene has been a vocal supporter of Rittenhouse and happily praised the verdict last week.

“Kyle Rittenhouse ACQUITTED on ALL charges!” she tweeted. “May Kyle and his family now live in peace. Those who help, protect, and defend are the good guys. Kyle is one of good ones.”

Kyle Rittenhouse ACQUITTED on ALL charges!

May Kyle and his family now live in peace.

Those who help, protect, and defend are the good guys.

Kyle is one of good ones.

While I agree with the verdict in the trial and believe Kyle Rittenhouse was acting in self-defense, awarding him the Congressional Gold Medal makes no sense.

The medal is the highest honor that Congress can bestow upon an individual. General George Washington was the first recipient of the award back in March of 1776, and it has since been awarded to highly accomplished individuals and institutions such as Charles Lindbergh, Thomas Edison, Dr. Jonas Salk, Winston Churchill, the American Red Cross, Elie Wiesel, Mother Teresa, Rosa Parks, and many others over the years.

Kyle Rittenhouse may be braver than I, going into the thick of the riot to protect innocent people and property from rioters and looters. Still, MTG’s bill feels more like trolling, as the bill is destined to go nowhere in the Democrat-controlled Congress. Even if the bill had a chance, her effort feels more like the politicization of the Congressional Gold Medal than anything else—an attempt to trigger those who have sought to brand him a white supremacist and a domestic terrorist.

While the smearing of Kyle Rittenhouse is despicable, and he was (and still is) defamed by the media and Joe Biden, filing legislation to award him the Congressional Gold Medal seems like overkill and risks politicizing an award that should be nonpartisan.

I know, I know… I’m sure it sounds naive to suggest that such an award be nonpartisan. What isn’t politicized these days? Heck, Barack Obama infamously politicized the Presidential Medal Freedom by awarding the honor to left-wing celebrities and Democrat donors like Robert De Niro, Bruce Springsteen, and Ellen DeGeneres. Greene shouldn’t start a trend of abusing the Congressional Gold Medal by making political statements with it.

Kyle Rittenhouse deserves his moment to fight back against the smears. We can acknowledge that he is, as Marjorie Taylor Greene noted, one of the good guys. We can also recognize that his efforts to protect and defend the Kenosha community were heroic without going overboard.

Related: How a Hand Signal Allowed the Left to Define Kyle Rittenhouse

If MLK Were Alive Today
British man shot dead during Texas synagogue siege ‘was known to MI5’
James Carville to Dems: Stop Being So ‘Whiny’
Here’s What Happened When I Caught COVID (Sorry, Joe, I Didn’t Die)
Yes, It Sure Looks Like Vladimir Putin Is Calling Biden’s Bluff