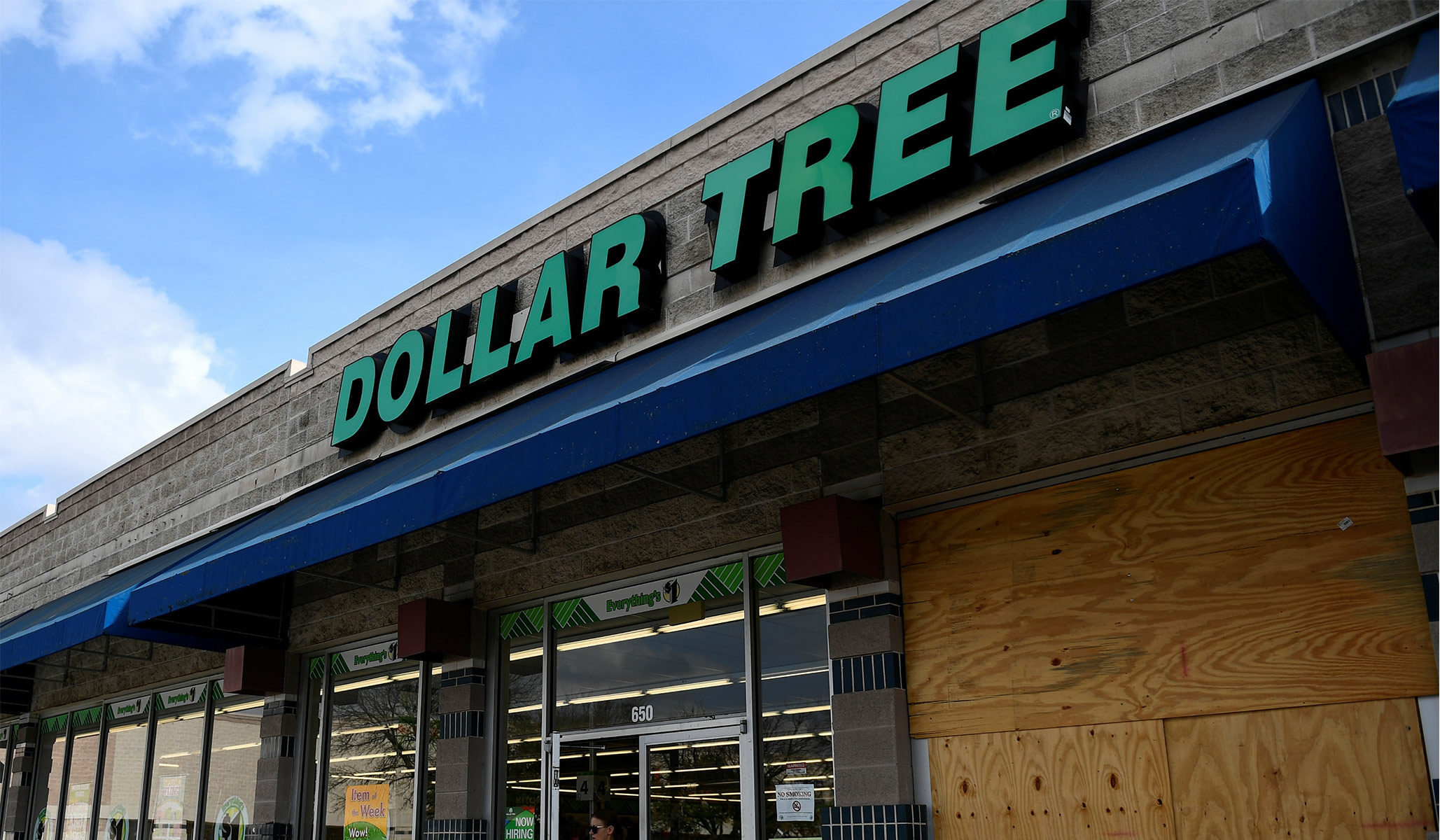 Just in time for the holidays, Dollar Tree has some news (here relayed by the Financial Times):

Rapid inflation in the US economy has reached Dollar Tree, the discount store chain known for its “Everything’s $1” slogan, which on Turapid esday announced it would raise prices for most merchandise to $1.25.

The US retailer plans to raise prices in more than 2,000 stores in December and complete the $1.25 rollout in all of its nearly 8,000 stores by the end of its first fiscal quarter next year. Dollar Tree sells a wide variety of household items, from paper plates to toothbrushes to Christmas decorations.

The tipping point (one way or another) appears to have been the current supply crunch:

New York-listed Dollar Tree cited “historically-high merchandise cost increases, including freight and distribution costs, as well as higher operating costs, such as wage increases,” as it announced the price increases.

“For 35 years, Dollar Tree has managed through inflationary periods to maintain the everything-for-one-dollar philosophy that distinguished Dollar Tree,” the company said. However, “this is the appropriate time to shift away from the constraints of the $1.00 price point in order to continue offering extreme value to customers”, it added . . .

The price increase “is permanent and is not a reaction to short-term or transitory market conditions”, Dollar Tree said. The company noted that it believes much of the current freight challenges are temporary.

The company’s name will thus move from the (more or less) literal to the symbolic. To take another example of this, Motel 6, a chain that began, some 60 years ago, with a room rate of $6 a night, has long since gone down a similar route, as, of course, has Dollar General. From the look of things, Dollar Tree had been planning this move for a while (the company had been testing the price increase in various stores since September), not least because of the constraints it put on what they could offer for sale. Understandably enough, investors liked the news (at the time of writing, the stock was up up 9 percent).

At the same time, it’s hard not to suspect that the company reckoned that, with so much talk about inflation in the air, now might be a good time to put up prices, even if the reasons for that increase were only partially linked to the current squeeze. A fairly common characteristic of gathering inflation is the way that it can provide cover for more general price increases that it would otherwise have been difficult to push through. To take a local example, the price of “everything on the lunch menu” at my local bodega has recently increased by $1, suggesting that some distinctly rough and ready math is being used.

Meanwhile, the overwhelming majority of Dollar Tree’s customers say that they will keep shopping there:

When Dollar Tree polled shoppers, 77 per cent said they were almost immediately aware of the price increase, according to the company. But 91 per cent of those surveyed indicated they would continue shopping at Dollar Tree with the same frequency or more.

And so the ratchet turns.

Fauci Says Administration Feels ‘Very Badly’ About Africa Travel Ban, Will ‘Reevaluate’ the Policy
Germany Treats Natural Immunity the Same as Vaccination
How Would an End to Roe Play Politically?
Austria Throws Out Its Constitution over COVID
Rachel Maddow, Libertarian on 1 Issue